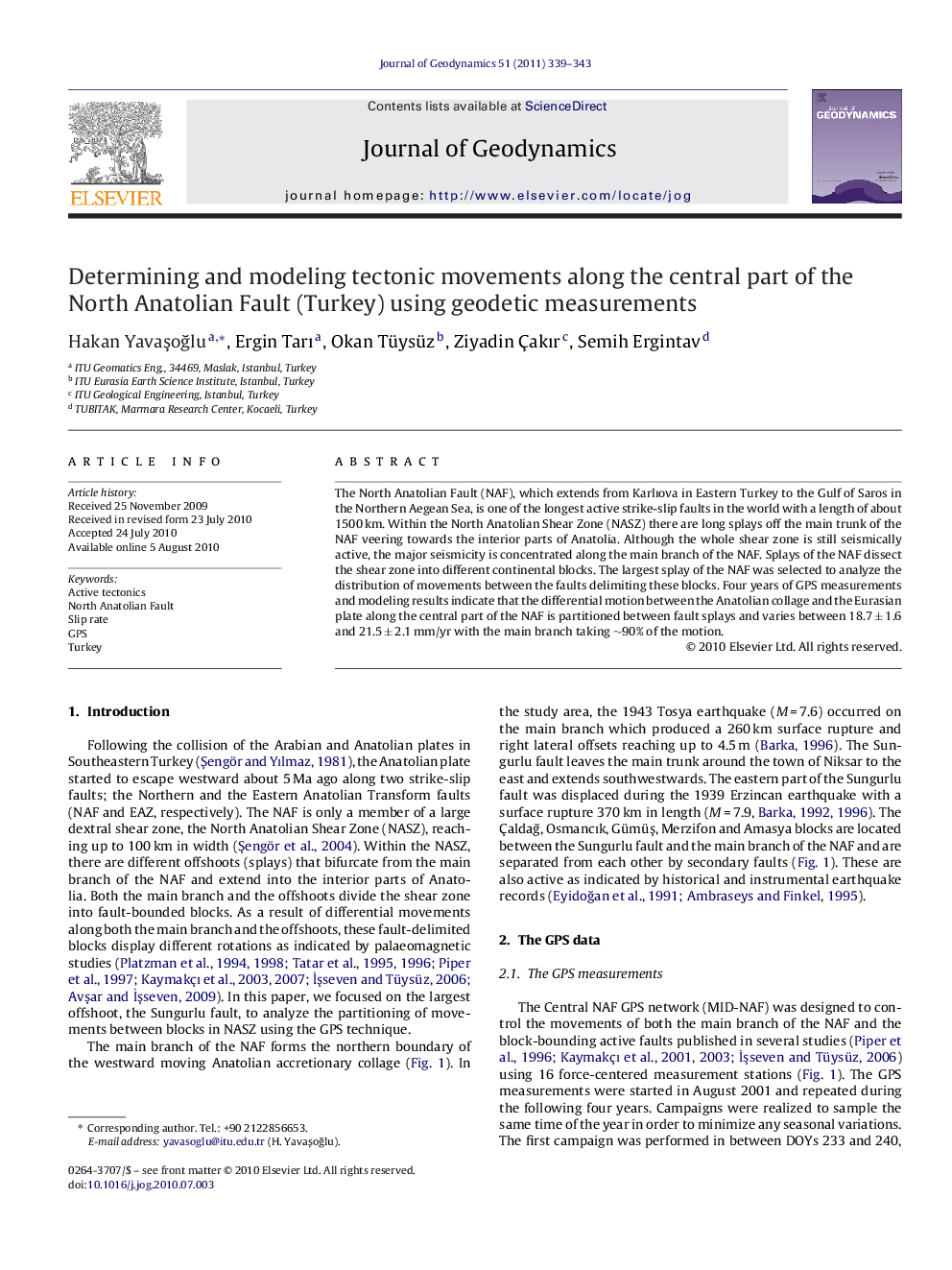 The North Anatolian Fault (NAF), which extends from Karlıova in Eastern Turkey to the Gulf of Saros in the Northern Aegean Sea, is one of the longest active strike-slip faults in the world with a length of about 1500 km. Within the North Anatolian Shear Zone (NASZ) there are long splays off the main trunk of the NAF veering towards the interior parts of Anatolia. Although the whole shear zone is still seismically active, the major seismicity is concentrated along the main branch of the NAF. Splays of the NAF dissect the shear zone into different continental blocks. The largest splay of the NAF was selected to analyze the distribution of movements between the faults delimiting these blocks. Four years of GPS measurements and modeling results indicate that the differential motion between the Anatolian collage and the Eurasian plate along the central part of the NAF is partitioned between fault splays and varies between 18.7 ± 1.6 and 21.5 ± 2.1 mm/yr with the main branch taking ∼90% of the motion.

Research highlights▶ Within the North Anatolian Shear Zone (NASZ) there are long splays off the main trunk of the North Anatolian Fault (NAF) veering towards the interior parts of Anatolia. ▶ Our GPS measurements along the central part of the NAF show that the average slip rate of the main branch is 20.5 ± 1.8 mm/yr. On the Sungurlu fault, it has a small slip rate compared to the main branch. ▶ Our results show that the main part of the slip rate (90 ± 5%) is on the NAF while offshoots share the remaining part (10 ± 5%) of the slip rate. ▶ The velocity field and slip rates obtained from this study show that our GPS-derived velocities are slower than the velocities of the previous studies such as McClusky et al. (2000) and Reilinger et al. (2006).