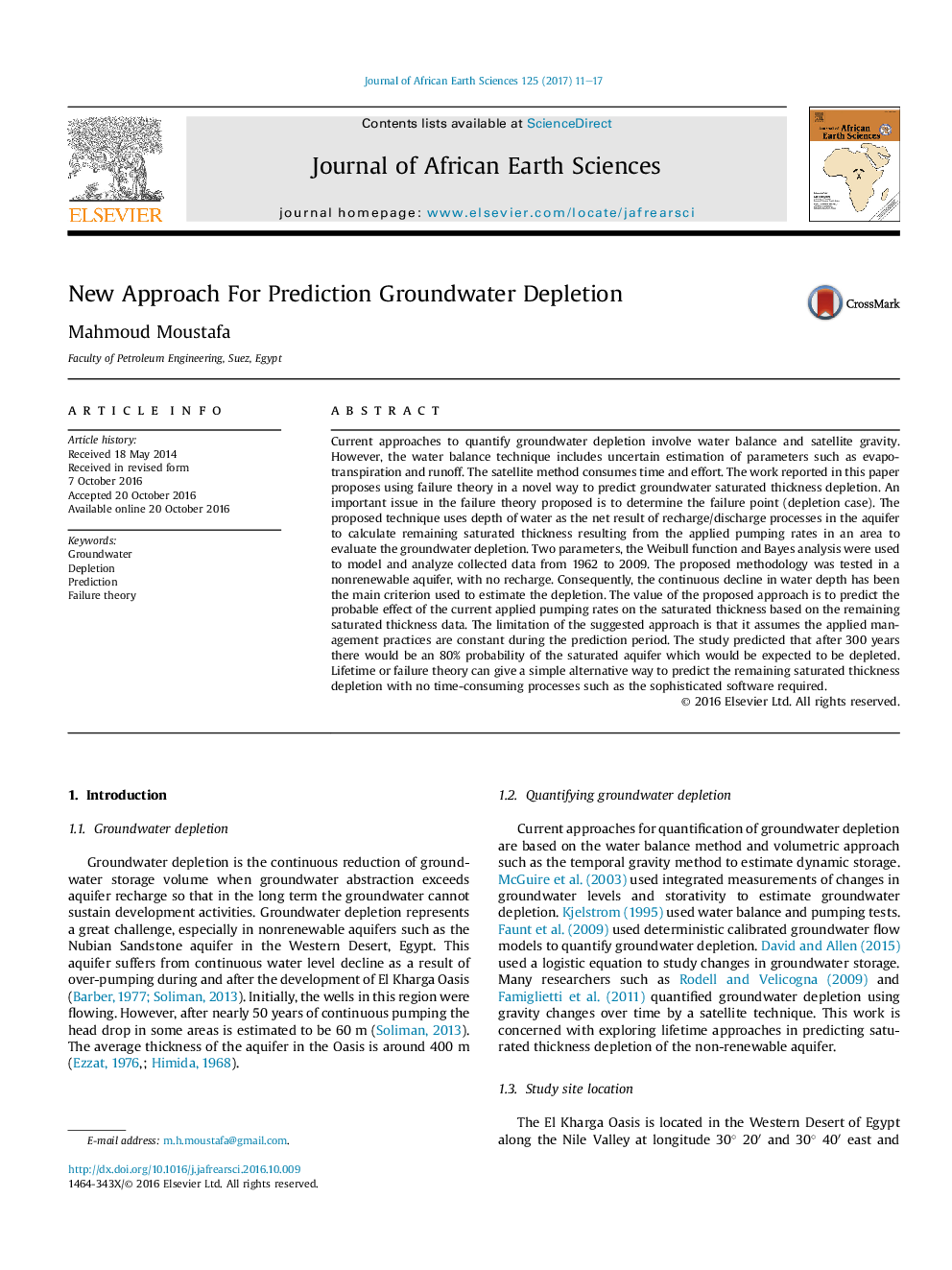 • A new application of life time analysis to predict depletion.
• Weibul function predict the failure (depletion) even there is no failure.
• Life time analysis could be promising approach if receive cooperation between hydrologists and statisticians.

Current approaches to quantify groundwater depletion involve water balance and satellite gravity. However, the water balance technique includes uncertain estimation of parameters such as evapotranspiration and runoff. The satellite method consumes time and effort. The work reported in this paper proposes using failure theory in a novel way to predict groundwater saturated thickness depletion. An important issue in the failure theory proposed is to determine the failure point (depletion case). The proposed technique uses depth of water as the net result of recharge/discharge processes in the aquifer to calculate remaining saturated thickness resulting from the applied pumping rates in an area to evaluate the groundwater depletion. Two parameters, the Weibull function and Bayes analysis were used to model and analyze collected data from 1962 to 2009. The proposed methodology was tested in a nonrenewable aquifer, with no recharge. Consequently, the continuous decline in water depth has been the main criterion used to estimate the depletion. The value of the proposed approach is to predict the probable effect of the current applied pumping rates on the saturated thickness based on the remaining saturated thickness data. The limitation of the suggested approach is that it assumes the applied management practices are constant during the prediction period. The study predicted that after 300 years there would be an 80% probability of the saturated aquifer which would be expected to be depleted. Lifetime or failure theory can give a simple alternative way to predict the remaining saturated thickness depletion with no time-consuming processes such as the sophisticated software required.