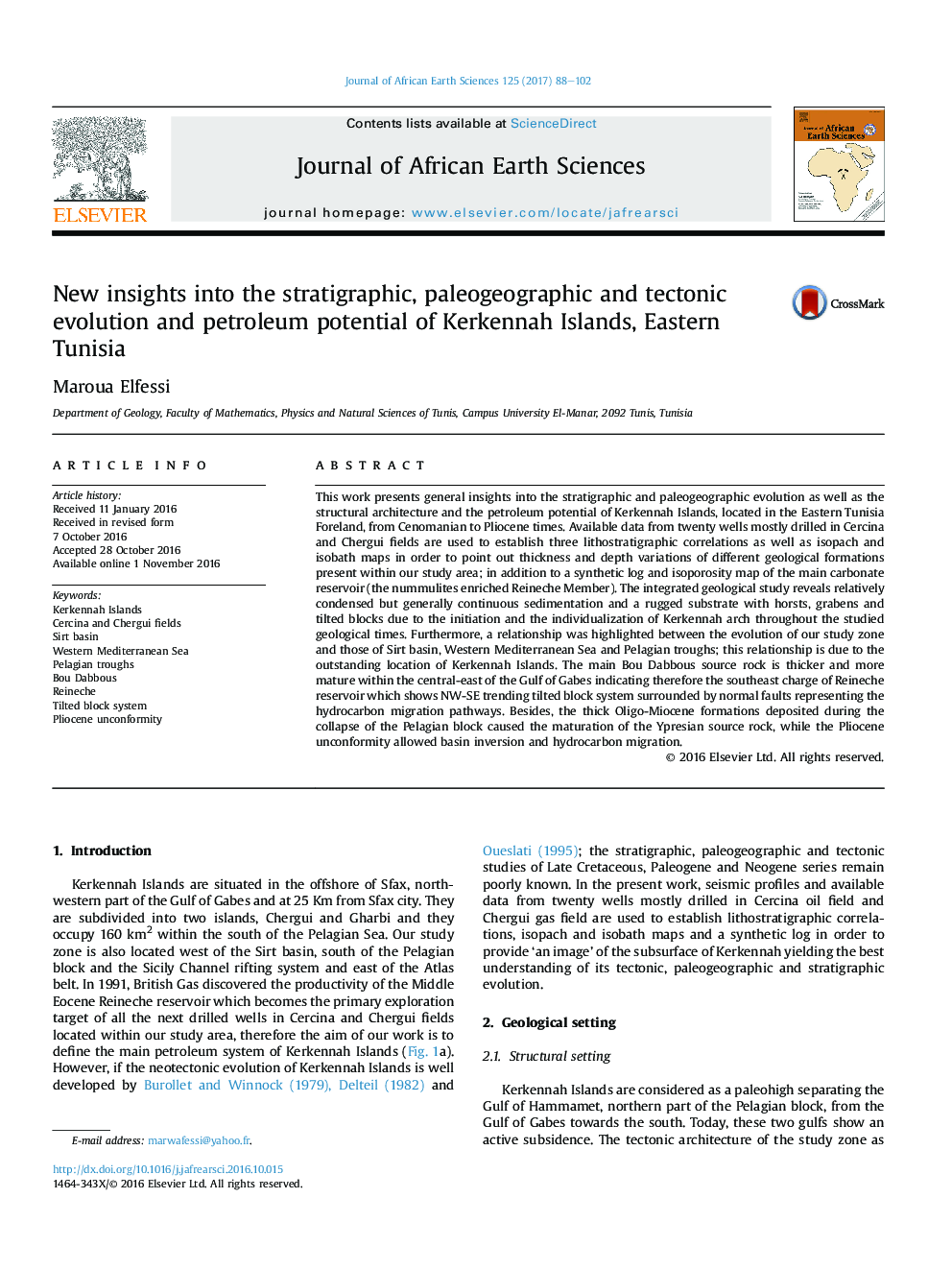 • Well data and seismic profile provide an image of subsurface geology of Kerkennah Islands.
• The characterization of the main Reineche Member shows a compartmentalized reservoir.
• Determining the direction of hydrocarbon migration and the components of the Eocene working petroleum system.

This work presents general insights into the stratigraphic and paleogeographic evolution as well as the structural architecture and the petroleum potential of Kerkennah Islands, located in the Eastern Tunisia Foreland, from Cenomanian to Pliocene times. Available data from twenty wells mostly drilled in Cercina and Chergui fields are used to establish three lithostratigraphic correlations as well as isopach and isobath maps in order to point out thickness and depth variations of different geological formations present within our study area; in addition to a synthetic log and isoporosity map of the main carbonate reservoir (the nummulites enriched Reineche Member). The integrated geological study reveals relatively condensed but generally continuous sedimentation and a rugged substrate with horsts, grabens and tilted blocks due to the initiation and the individualization of Kerkennah arch throughout the studied geological times. Furthermore, a relationship was highlighted between the evolution of our study zone and those of Sirt basin, Western Mediterranean Sea and Pelagian troughs; this relationship is due to the outstanding location of Kerkennah Islands. The main Bou Dabbous source rock is thicker and more mature within the central-east of the Gulf of Gabes indicating therefore the southeast charge of Reineche reservoir which shows NW-SE trending tilted block system surrounded by normal faults representing the hydrocarbon migration pathways. Besides, the thick Oligo-Miocene formations deposited during the collapse of the Pelagian block caused the maturation of the Ypresian source rock, while the Pliocene unconformity allowed basin inversion and hydrocarbon migration.