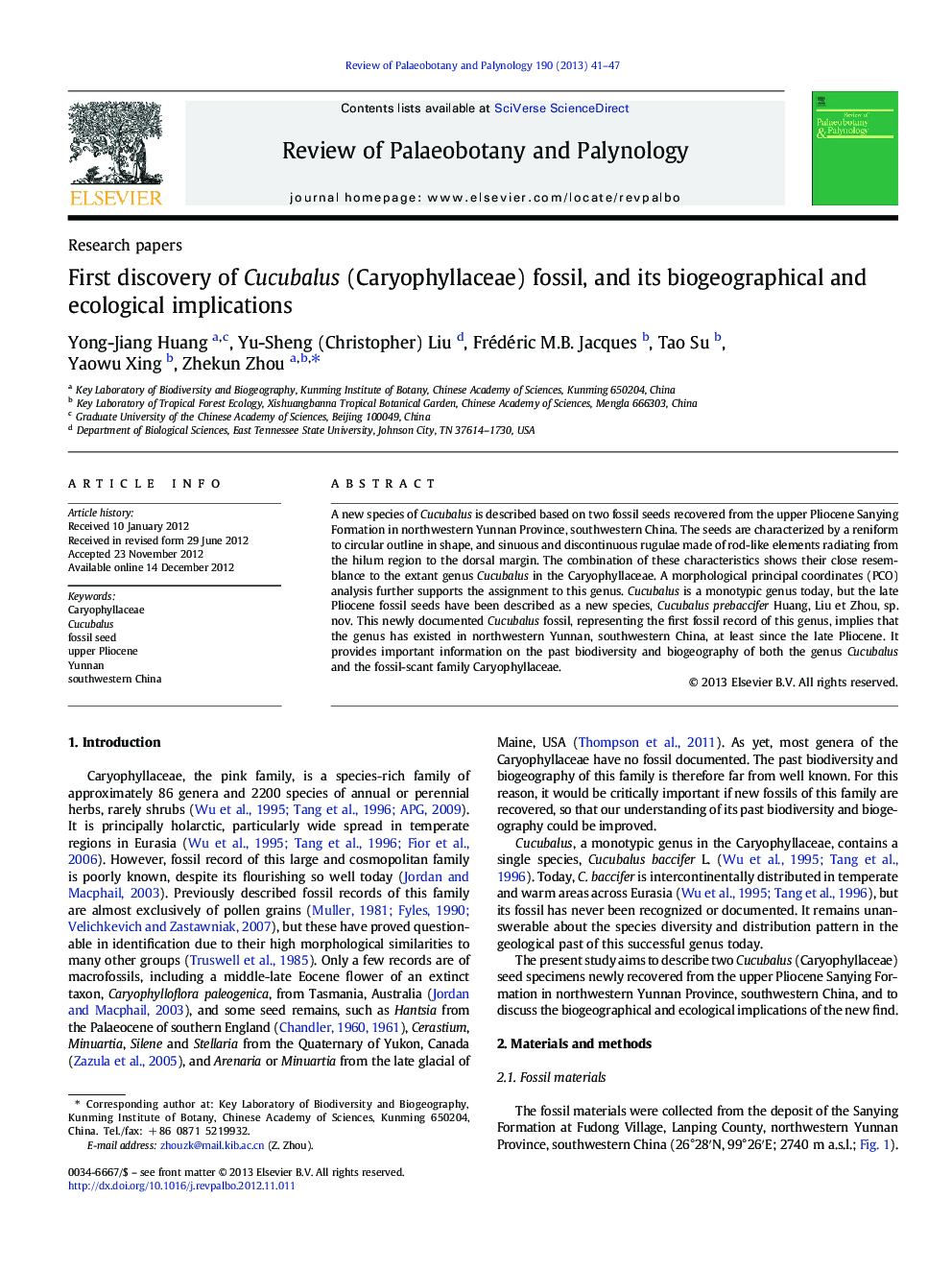 A new species of Cucubalus is described based on two fossil seeds recovered from the upper Pliocene Sanying Formation in northwestern Yunnan Province, southwestern China. The seeds are characterized by a reniform to circular outline in shape, and sinuous and discontinuous rugulae made of rod-like elements radiating from the hilum region to the dorsal margin. The combination of these characteristics shows their close resemblance to the extant genus Cucubalus in the Caryophyllaceae. A morphological principal coordinates (PCO) analysis further supports the assignment to this genus. Cucubalus is a monotypic genus today, but the late Pliocene fossil seeds have been described as a new species, Cucubalus prebaccifer Huang, Liu et Zhou, sp. nov. This newly documented Cucubalus fossil, representing the first fossil record of this genus, implies that the genus has existed in northwestern Yunnan, southwestern China, at least since the late Pliocene. It provides important information on the past biodiversity and biogeography of both the genus Cucubalus and the fossil-scant family Caryophyllaceae.

► Two Cucubalus seeds are described from the upper Pliocene in southwestern China.
► This is the first fossil record of Cucubalus.
► Cucubalus might have existed at least since the late Pliocene.
► It provides important information on past biogeography of the Caryophyllaceae.