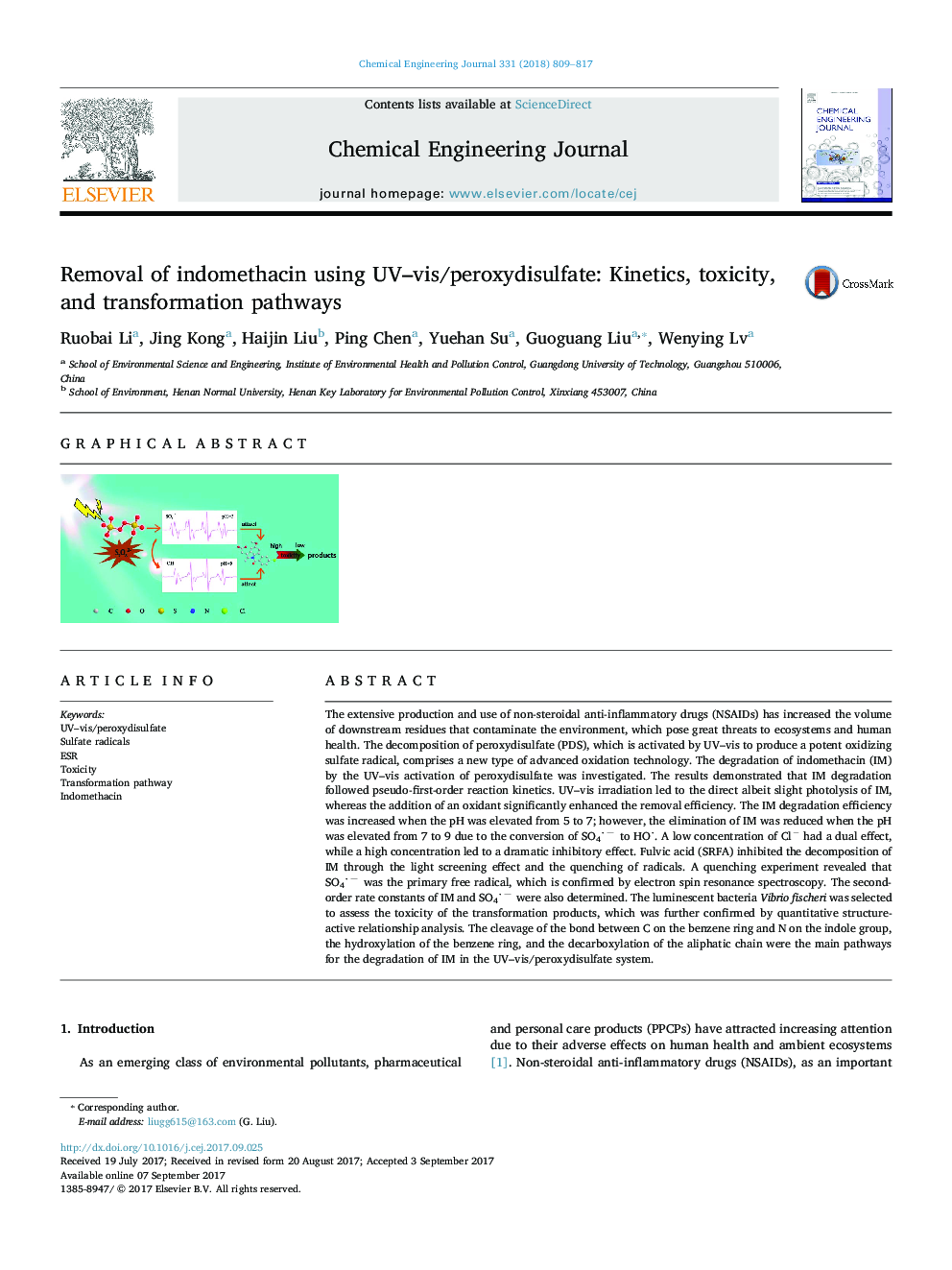 The extensive production and use of non-steroidal anti-inflammatory drugs (NSAIDs) has increased the volume of downstream residues that contaminate the environment, which pose great threats to ecosystems and human health. The decomposition of peroxydisulfate (PDS), which is activated by UV-vis to produce a potent oxidizing sulfate radical, comprises a new type of advanced oxidation technology. The degradation of indomethacin (IM) by the UV-vis activation of peroxydisulfate was investigated. The results demonstrated that IM degradation followed pseudo-first-order reaction kinetics. UV-vis irradiation led to the direct albeit slight photolysis of IM, whereas the addition of an oxidant significantly enhanced the removal efficiency. The IM degradation efficiency was increased when the pH was elevated from 5 to 7; however, the elimination of IM was reduced when the pH was elevated from 7 to 9 due to the conversion of SO4â to HO. A low concentration of Clâ had a dual effect, while a high concentration led to a dramatic inhibitory effect. Fulvic acid (SRFA) inhibited the decomposition of IM through the light screening effect and the quenching of radicals. A quenching experiment revealed that SO4â was the primary free radical, which is confirmed by electron spin resonance spectroscopy. The second-order rate constants of IM and SO4â were also determined. The luminescent bacteria Vibrio fischeri was selected to assess the toxicity of the transformation products, which was further confirmed by quantitative structure-active relationship analysis. The cleavage of the bond between C on the benzene ring and N on the indole group, the hydroxylation of the benzene ring, and the decarboxylation of the aliphatic chain were the main pathways for the degradation of IM in the UV-vis/peroxydisulfate system.