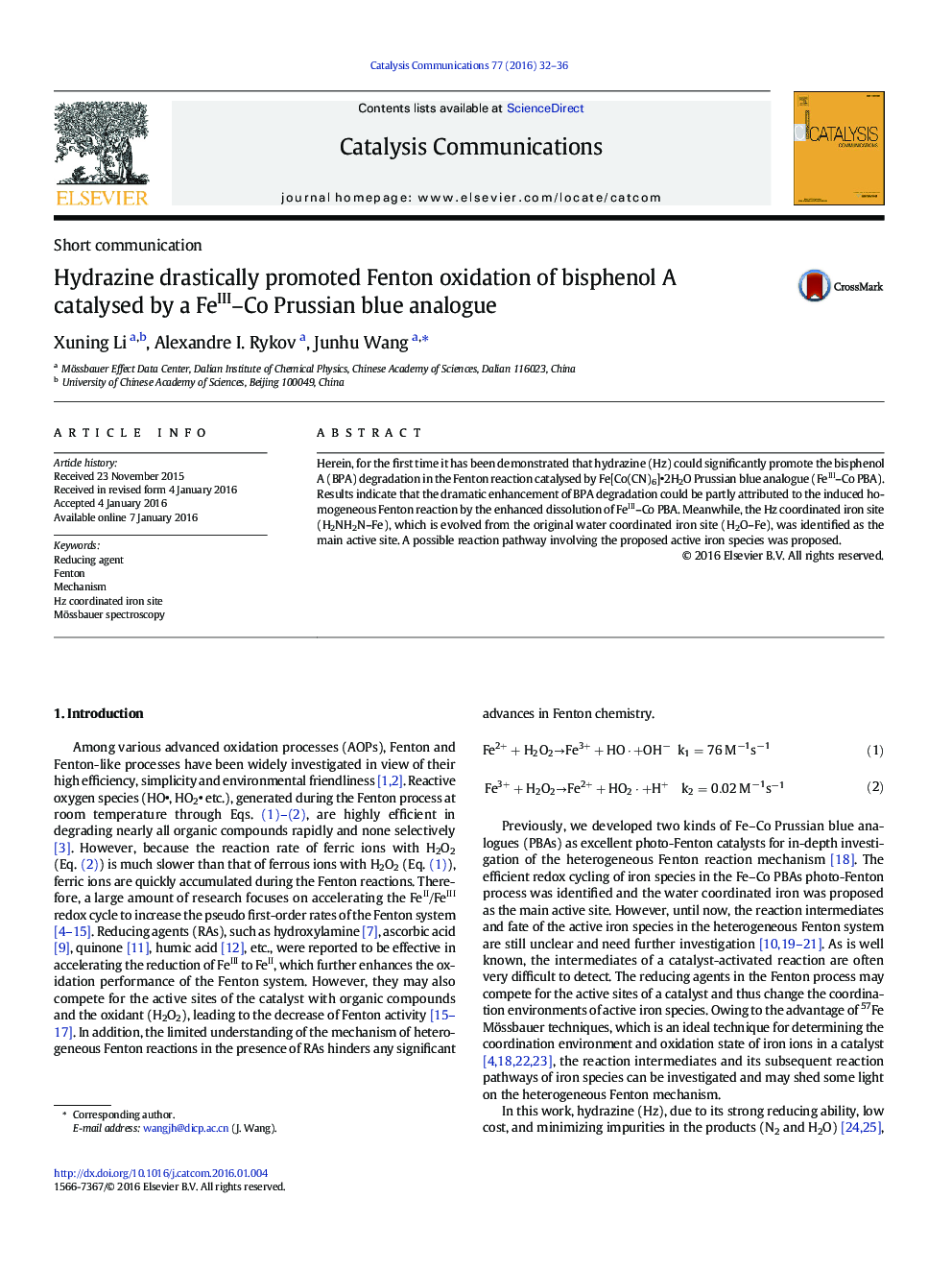 • Hydrazine was newly introduced as an antioxidant in a Fenton process.
• The enhanced Fenton activity was partly attributed to the homogeneous reaction.
• Hydrazine coordinated iron site was determined critical for the higher activity.
• Both HOO and HO were determined as the main reactive intermediates.

Herein, for the first time it has been demonstrated that hydrazine (Hz) could significantly promote the bisphenol A (BPA) degradation in the Fenton reaction catalysed by Fe[Co(CN)6]2H2O Prussian blue analogue (FeIII–Co PBA). Results indicate that the dramatic enhancement of BPA degradation could be partly attributed to the induced homogeneous Fenton reaction by the enhanced dissolution of FeIII–Co PBA. Meanwhile, the Hz coordinated iron site (H2NH2N–Fe), which is evolved from the original water coordinated iron site (H2O–Fe), was identified as the main active site. A possible reaction pathway involving the proposed active iron species was proposed.