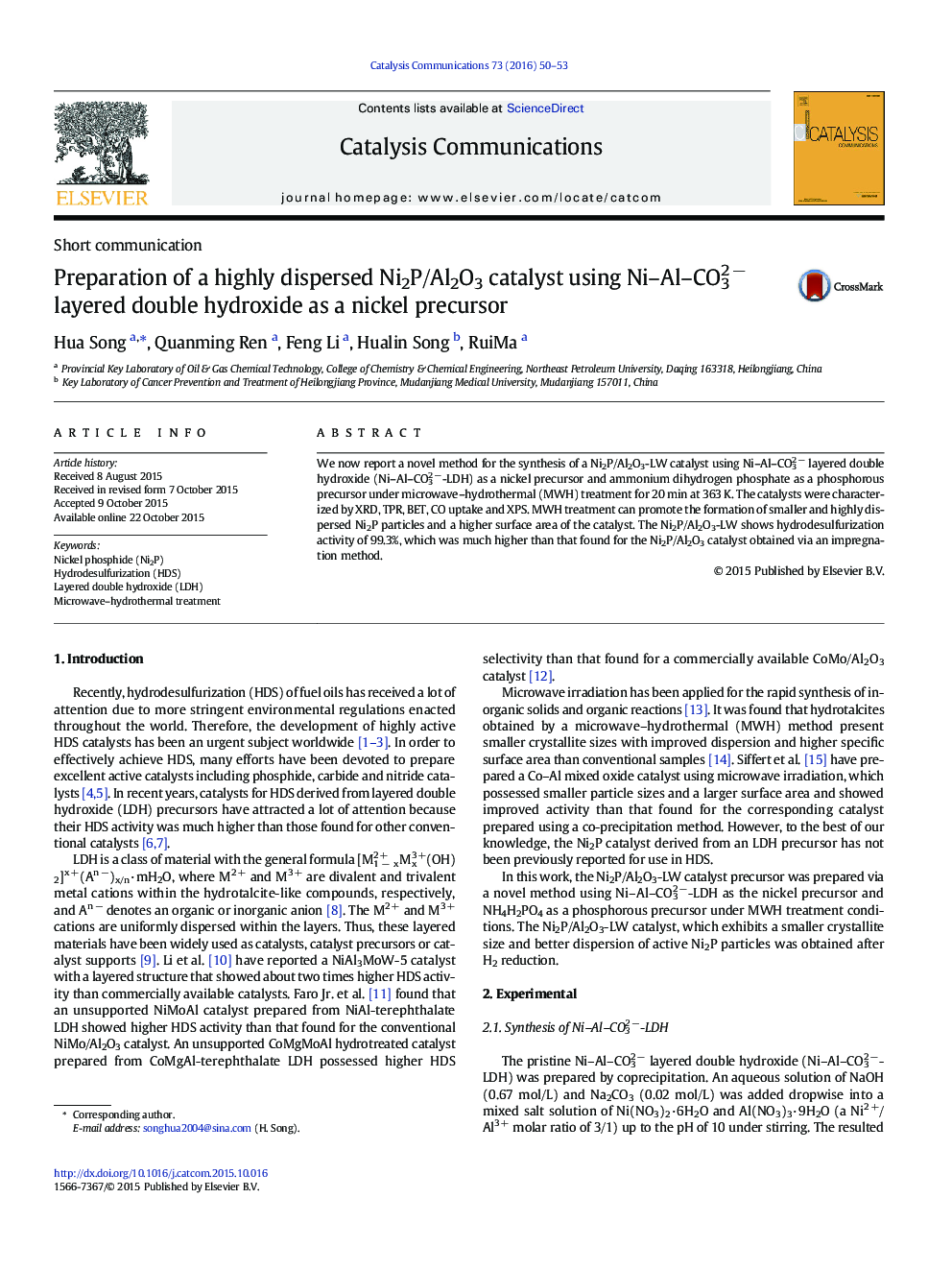 • A novel method to prepare Ni2P/Al2O3 catalyst using Ni–Al layered double hydroxide.
• The method includes a microwave–hydrothermal (MWH) instead of an impregnation.
• The MWH promotes the formation of smaller and highly dispersed Ni2P particles.
• The Ni2P obtained shows higher activity compared to catalysts by an impregnation.

We now report a novel method for the synthesis of a Ni2P/Al2O3-LW catalyst using Ni–Al–CO32 − layered double hydroxide (Ni–Al–CO32 −-LDH) as a nickel precursor and ammonium dihydrogen phosphate as a phosphorous precursor under microwave–hydrothermal (MWH) treatment for 20 min at 363 K. The catalysts were characterized by XRD, TPR, BET, CO uptake and XPS. MWH treatment can promote the formation of smaller and highly dispersed Ni2P particles and a higher surface area of the catalyst. The Ni2P/Al2O3-LW shows hydrodesulfurization activity of 99.3%, which was much higher than that found for the Ni2P/Al2O3 catalyst obtained via an impregnation method.