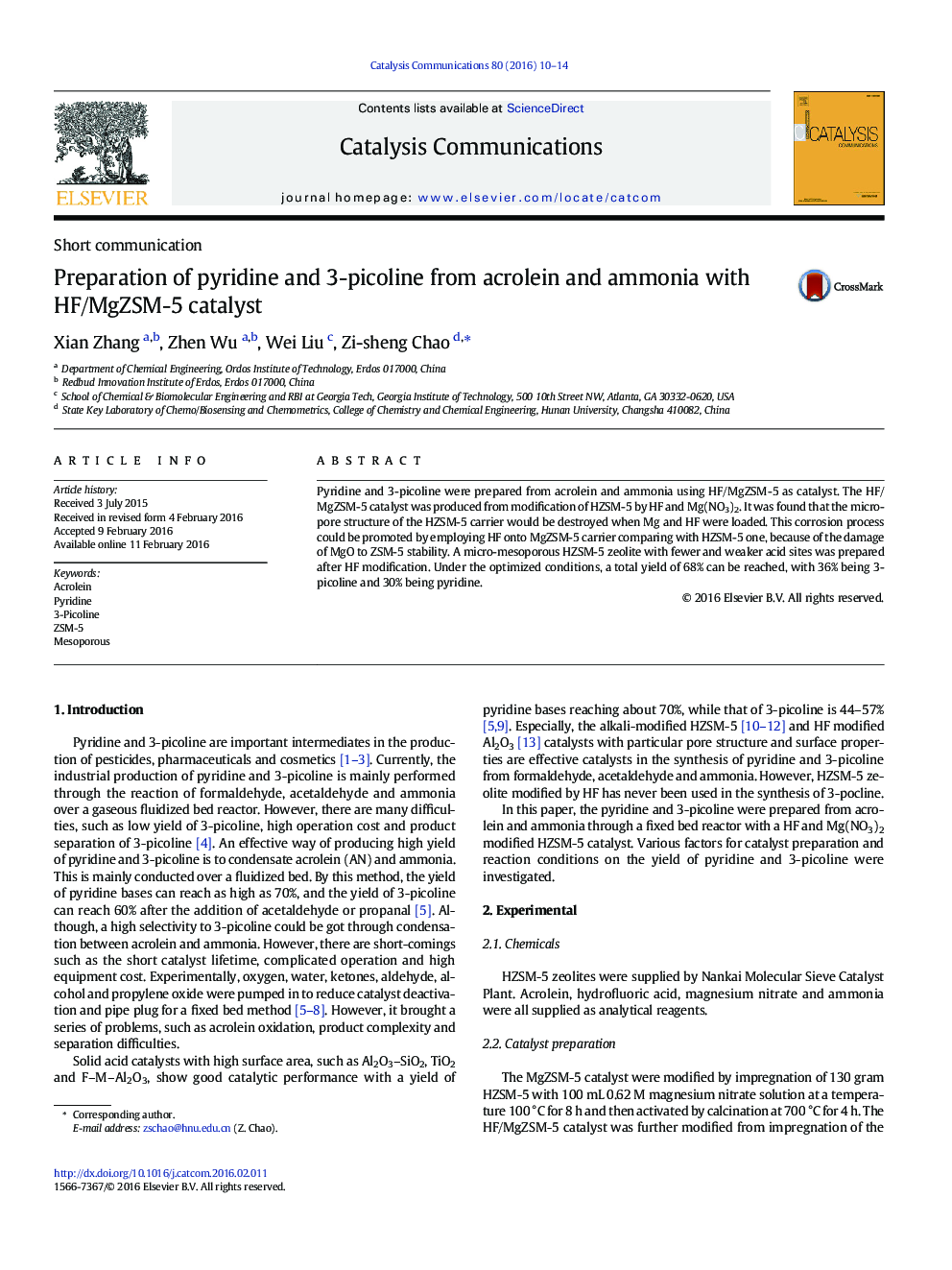 • As high as 68% yield of pyridine and 3-picoline was achieved from concentration of acrolein and ammonia.
• A HF/MgZSM-5 catalyst containing certain weaker and fewer acid sites after HF modification
• The catalytic active centers might be fresh weak Lewis acid sites.
• The bigger micropores and mesopores formed by HF modification prolonged catalyst lifetime.

Pyridine and 3-picoline were prepared from acrolein and ammonia using HF/MgZSM-5 as catalyst. The HF/MgZSM-5 catalyst was produced from modification of HZSM-5 by HF and Mg(NO3)2. It was found that the micropore structure of the HZSM-5 carrier would be destroyed when Mg and HF were loaded. This corrosion process could be promoted by employing HF onto MgZSM-5 carrier comparing with HZSM-5 one, because of the damage of MgO to ZSM-5 stability. A micro-mesoporous HZSM-5 zeolite with fewer and weaker acid sites was prepared after HF modification. Under the optimized conditions, a total yield of 68% can be reached, with 36% being 3-picoline and 30% being pyridine.

The HF/HZSM-5 and HF/MgZSM-5 catalysts, containing weaker and fewer Brösted and Lewis acid sites than HZSM-5 and MgZSM-5, have great help for the synthesis of pyridine and 3-picoline. The flat-adsorption of propylene imine on weak Lewis acid sites favors the production of 3-picoline. A strong adsorption leads to pyridine or polymer products. The bigger micropores and mesopores formed under further corrosion of HF solution have prolonged the catalyst lifetime.Figure optionsDownload as PowerPoint slide