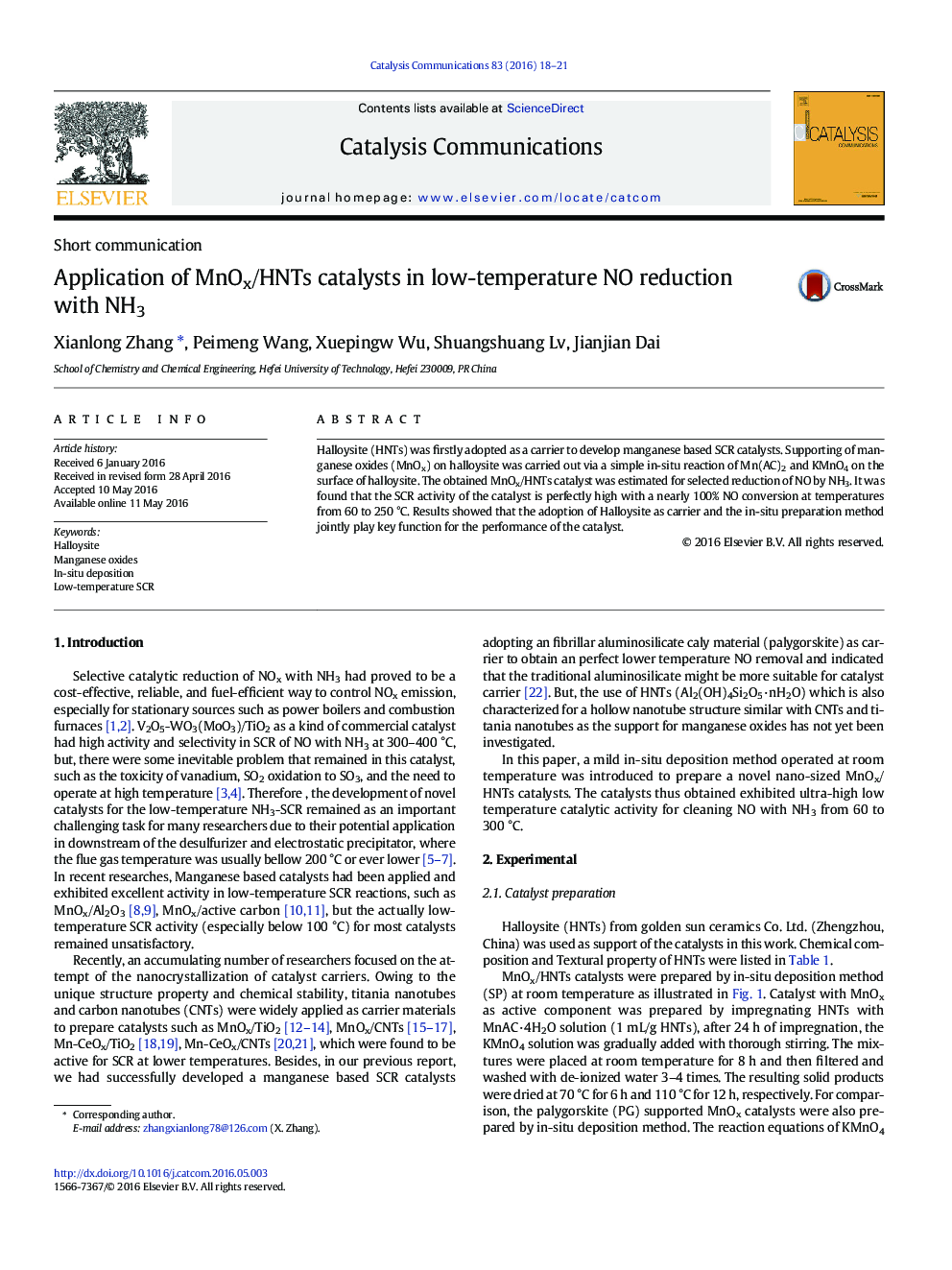 • HNTs were firstly adopted as a carrier to develop manganese based SCR catalysts.
• A mild in-situ deposition method was introduced to load MnOx on HNTs.
• MnOx particles were well dispersed on both internal and external surface of HNTs.
• The deNOx activity of MnOx/HNTs catalyst was nearly 100% at 60 to 250 °C.

Halloysite (HNTs) was firstly adopted as a carrier to develop manganese based SCR catalysts. Supporting of manganese oxides (MnOx) on halloysite was carried out via a simple in-situ reaction of Mn(AC)2 and KMnO4 on the surface of halloysite. The obtained MnOx/HNTs catalyst was estimated for selected reduction of NO by NH3. It was found that the SCR activity of the catalyst is perfectly high with a nearly 100% NO conversion at temperatures from 60 to 250 °C. Results showed that the adoption of Halloysite as carrier and the in-situ preparation method jointly play key function for the performance of the catalyst.