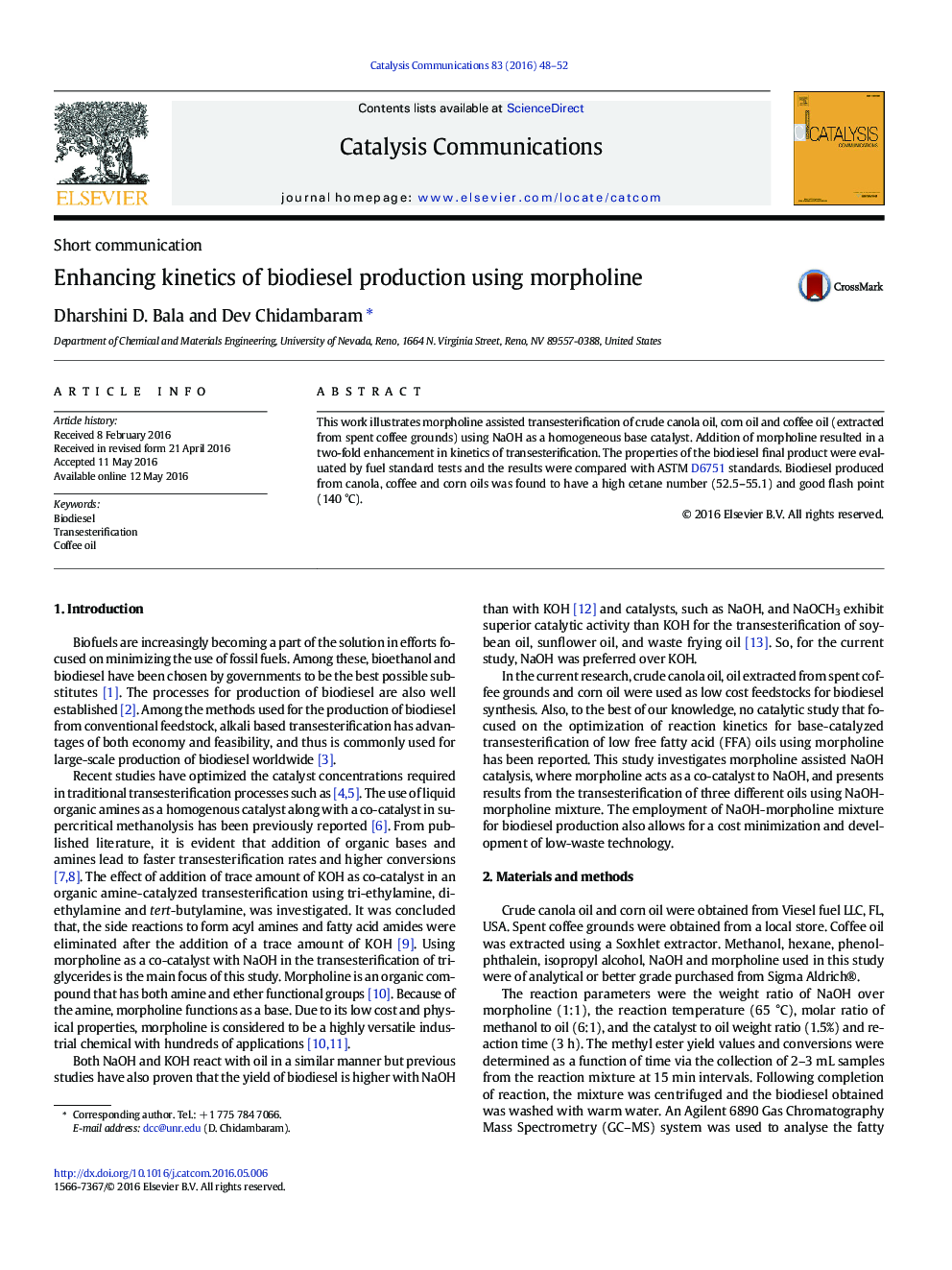 • The reaction time was reduced in half due to the addition of morpholine.
• FAME content > 95% obtained in 90 min at mild reaction temperature of 65 °C.
• The reaction was found to be a first order reaction
• The biodiesel samples met ASTM D6751 specifications.

This work illustrates morpholine assisted transesterification of crude canola oil, corn oil and coffee oil (extracted from spent coffee grounds) using NaOH as a homogeneous base catalyst. Addition of morpholine resulted in a two-fold enhancement in kinetics of transesterification. The properties of the biodiesel final product were evaluated by fuel standard tests and the results were compared with ASTM D6751 standards. Biodiesel produced from canola, coffee and corn oils was found to have a high cetane number (52.5–55.1) and good flash point (140 °C).