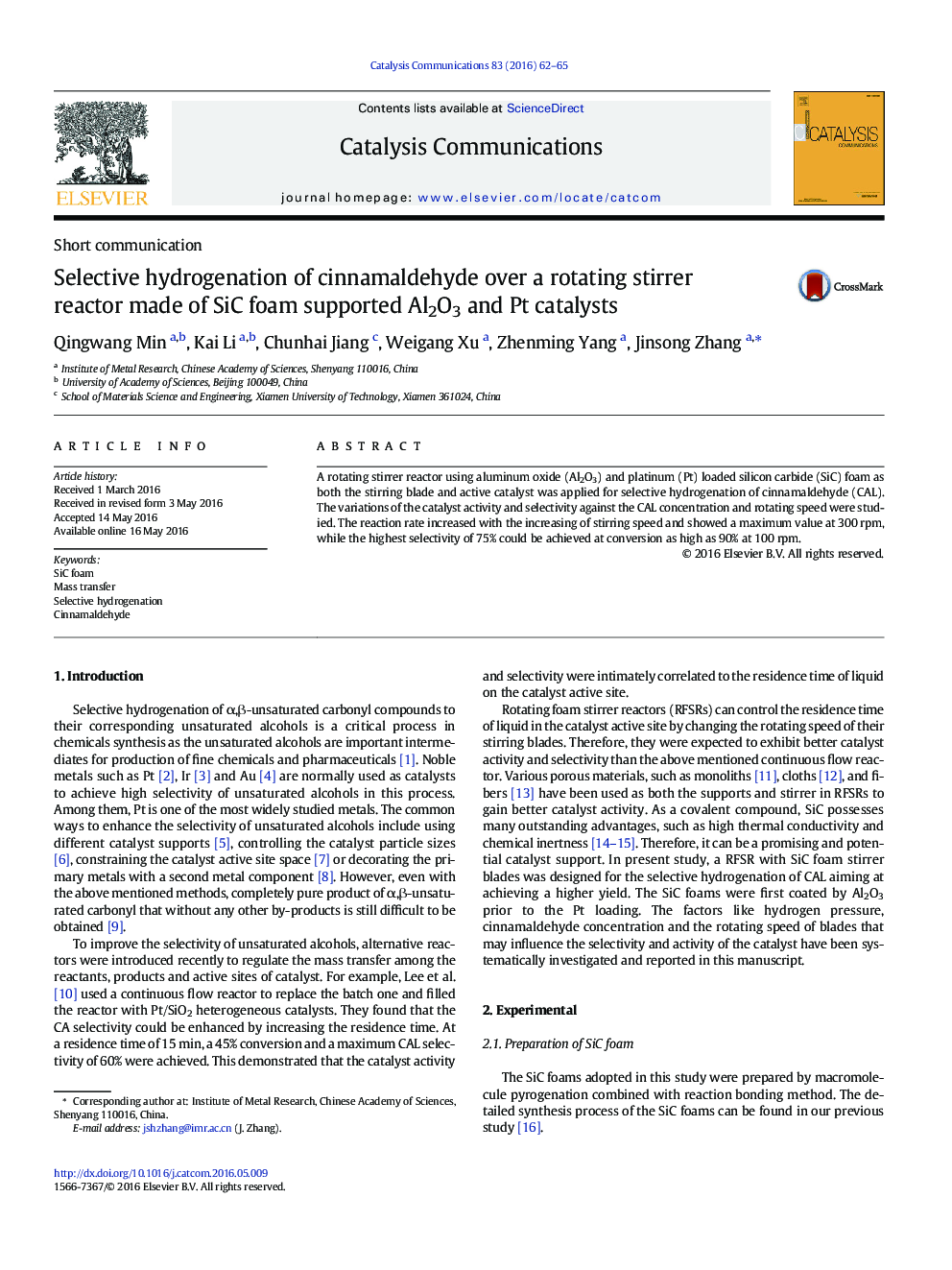 • A rotating stirrer reactor using Al2O3 and Pt loaded on SiC foam was developed.
• Highest selectivity of 75% could be achieved at conversion as high as 90% at 100 rpm.
• Cinnamyl alcohol selectivity increases with increasing initial cinnamaldehyde concentration.

A rotating stirrer reactor using aluminum oxide (Al2O3) and platinum (Pt) loaded silicon carbide (SiC) foam as both the stirring blade and active catalyst was applied for selective hydrogenation of cinnamaldehyde (CAL). The variations of the catalyst activity and selectivity against the CAL concentration and rotating speed were studied. The reaction rate increased with the increasing of stirring speed and showed a maximum value at 300 rpm, while the highest selectivity of 75% could be achieved at conversion as high as 90% at 100 rpm.