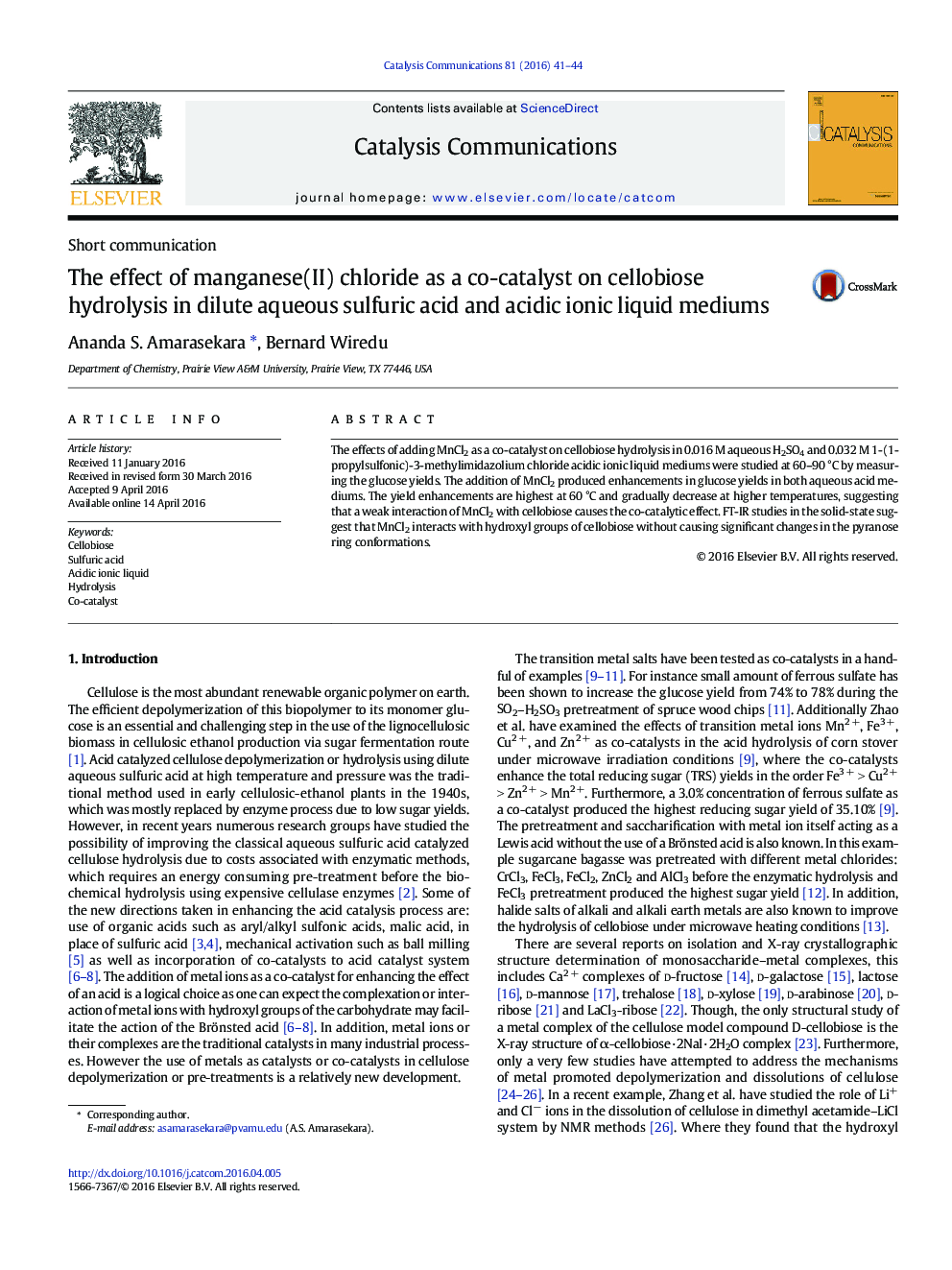 • Effect of MnCl2 on cellobiose hydrolysis in aq. H2SO4 and BAIL mediums was studied.
• MnCl2 co-catalyst produced enhancements in glucose yields in both acid mediums.
• The yield enhancements gradually decrease with hydrolysis temperature.
• Co-catalytic effect may be due to weak interactions of Mn2 + and Cl− with cellobiose.

The effects of adding MnCl2 as a co-catalyst on cellobiose hydrolysis in 0.016 M aqueous H2SO4 and 0.032 M 1-(1-propylsulfonic)-3-methylimidazolium chloride acidic ionic liquid mediums were studied at 60–90 °C by measuring the glucose yields. The addition of MnCl2 produced enhancements in glucose yields in both aqueous acid mediums. The yield enhancements are highest at 60 °C and gradually decrease at higher temperatures, suggesting that a weak interaction of MnCl2 with cellobiose causes the co-catalytic effect. FT-IR studies in the solid-state suggest that MnCl2 interacts with hydroxyl groups of cellobiose without causing significant changes in the pyranose ring conformations.