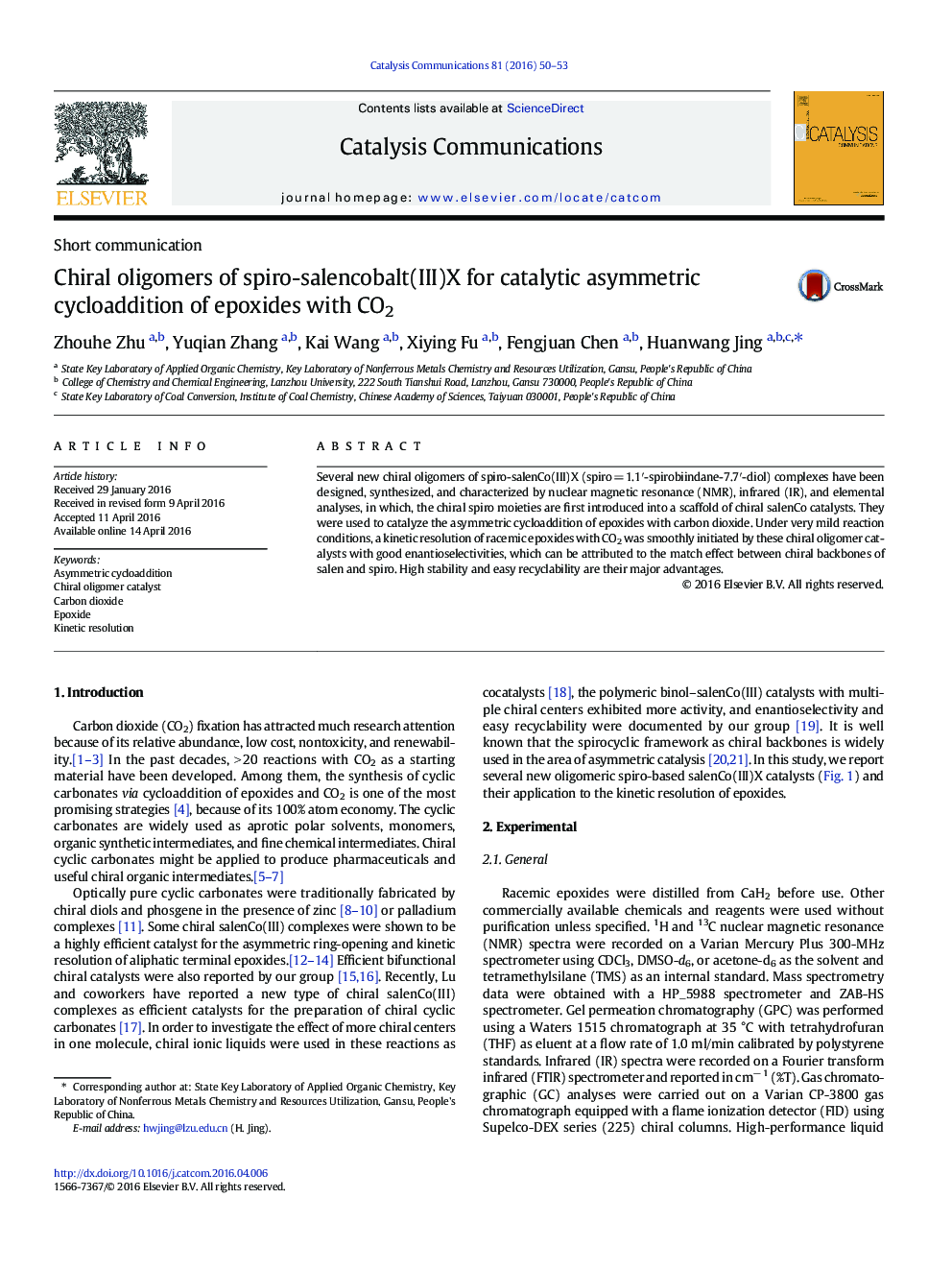 • Several new chiral oligomers of spiro-salenCo(III)X catalysts were synthesized.
• The spiro backbones were first applied to produce chiral cyclic carbonates.
• These chiral catalysts could be easily recovered and reused.

Several new chiral oligomers of spiro-salenCo(III)X (spiro = 1.1′-spirobiindane-7.7′-diol) complexes have been designed, synthesized, and characterized by nuclear magnetic resonance (NMR), infrared (IR), and elemental analyses, in which, the chiral spiro moieties are first introduced into a scaffold of chiral salenCo catalysts. They were used to catalyze the asymmetric cycloaddition of epoxides with carbon dioxide. Under very mild reaction conditions, a kinetic resolution of racemic epoxides with CO2 was smoothly initiated by these chiral oligomer catalysts with good enantioselectivities, which can be attributed to the match effect between chiral backbones of salen and spiro. High stability and easy recyclability are their major advantages.