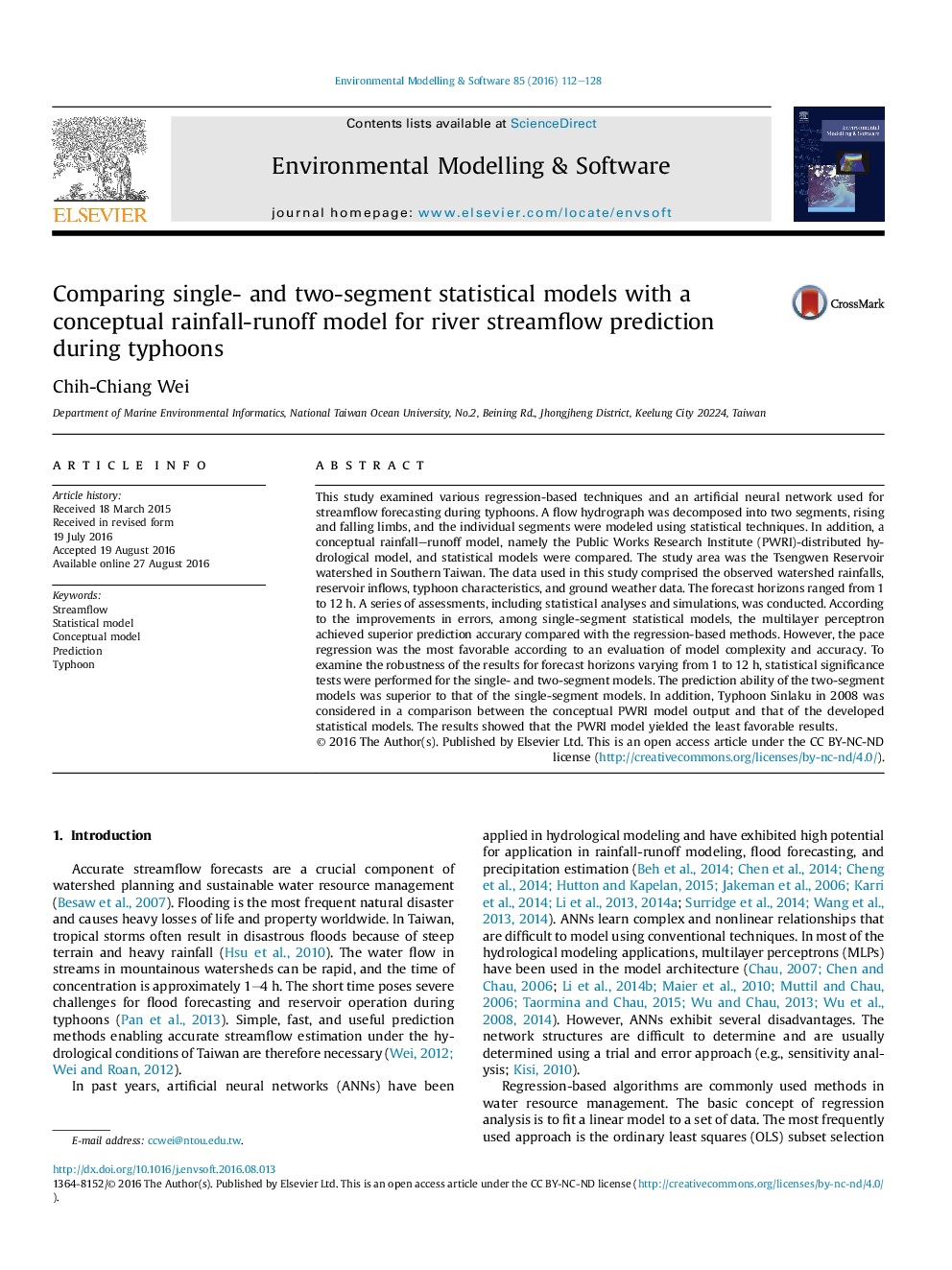 - The four regressions and MLP ANN were modeled for river streamflow prediction.
- The OLS, pace, isotonic, and additive regression-based techniques were examined.
- The number of time-lagged input data according to a subset selection method was evaluated.
- The statistical significance tests were performed for single- and two-segment models.
- Comparisons between the conceptual PWRI model and the statistical models were made.

This study examined various regression-based techniques and an artificial neural network used for streamflow forecasting during typhoons. A flow hydrograph was decomposed into two segments, rising and falling limbs, and the individual segments were modeled using statistical techniques. In addition, a conceptual rainfall-runoff model, namely the Public Works Research Institute (PWRI)-distributed hydrological model, and statistical models were compared. The study area was the Tsengwen Reservoir watershed in Southern Taiwan. The data used in this study comprised the observed watershed rainfalls, reservoir inflows, typhoon characteristics, and ground weather data. The forecast horizons ranged from 1 to 12Â h. A series of assessments, including statistical analyses and simulations, was conducted. According to the improvements in errors, among single-segment statistical models, the multilayer perceptron achieved superior prediction accurary compared with the regression-based methods. However, the pace regression was the most favorable according to an evaluation of model complexity and accuracy. To examine the robustness of the results for forecast horizons varying from 1 to 12Â h, statistical significance tests were performed for the single- and two-segment models. The prediction ability of the two-segment models was superior to that of the single-segment models. In addition, Typhoon Sinlaku in 2008 was considered in a comparison between the conceptual PWRI model output and that of the developed statistical models. The results showed that the PWRI model yielded the least favorable results.