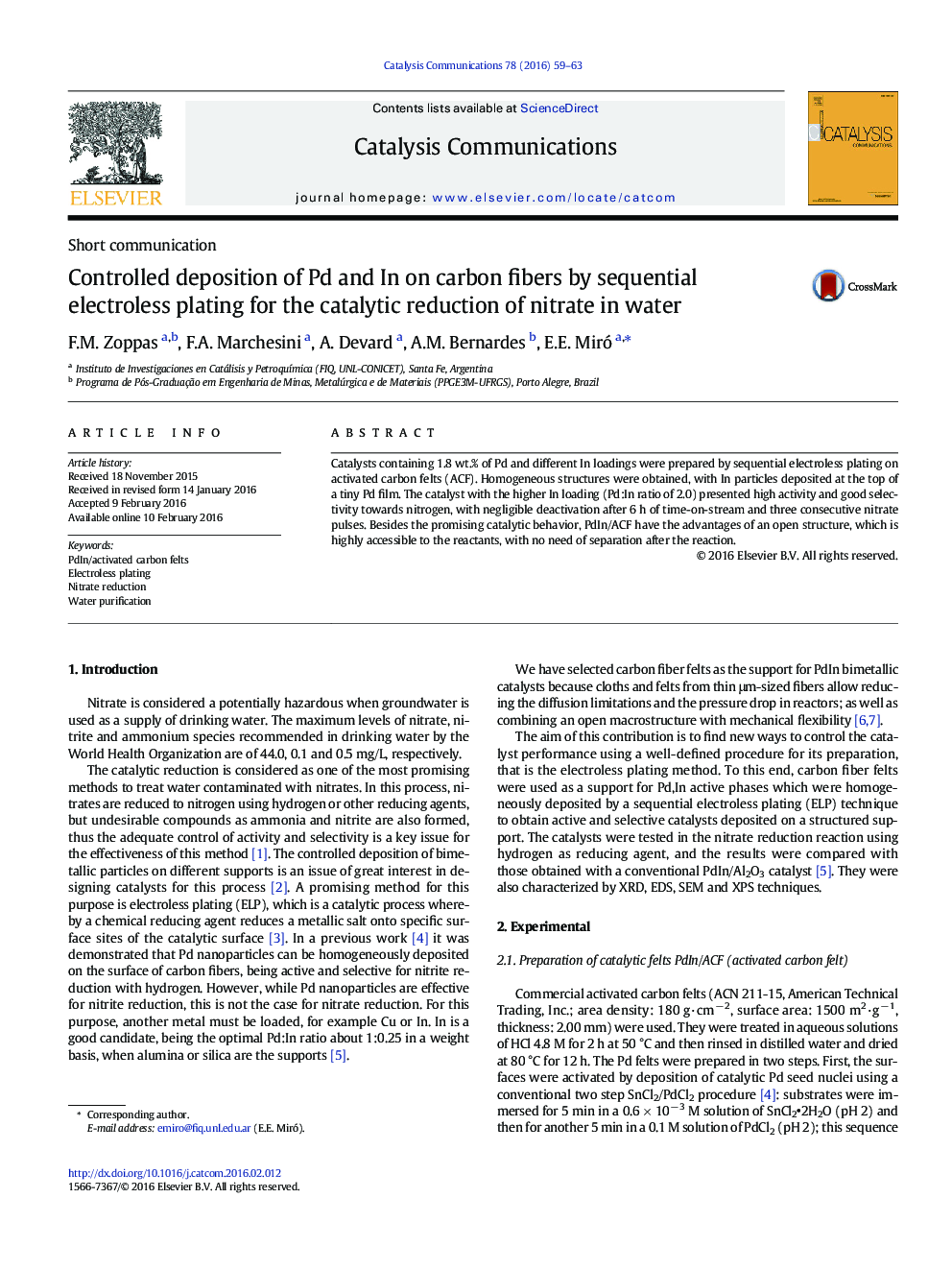 • In particles were deposited on the top of tiny Pd films formed on carbon fibers.
• The structure of the films changed after catalytic nitrate reduction.
• PdIn/carbon fibers having a Pd:In ratio of 2 was the most active catalyst.
• High activity and selectivity were obtained using a structured support.

Catalysts containing 1.8 wt.% of Pd and different In loadings were prepared by sequential electroless plating on activated carbon felts (ACF). Homogeneous structures were obtained, with In particles deposited at the top of a tiny Pd film. The catalyst with the higher In loading (Pd:In ratio of 2.0) presented high activity and good selectivity towards nitrogen, with negligible deactivation after 6 h of time-on-stream and three consecutive nitrate pulses. Besides the promising catalytic behavior, PdIn/ACF have the advantages of an open structure, which is highly accessible to the reactants, with no need of separation after the reaction.