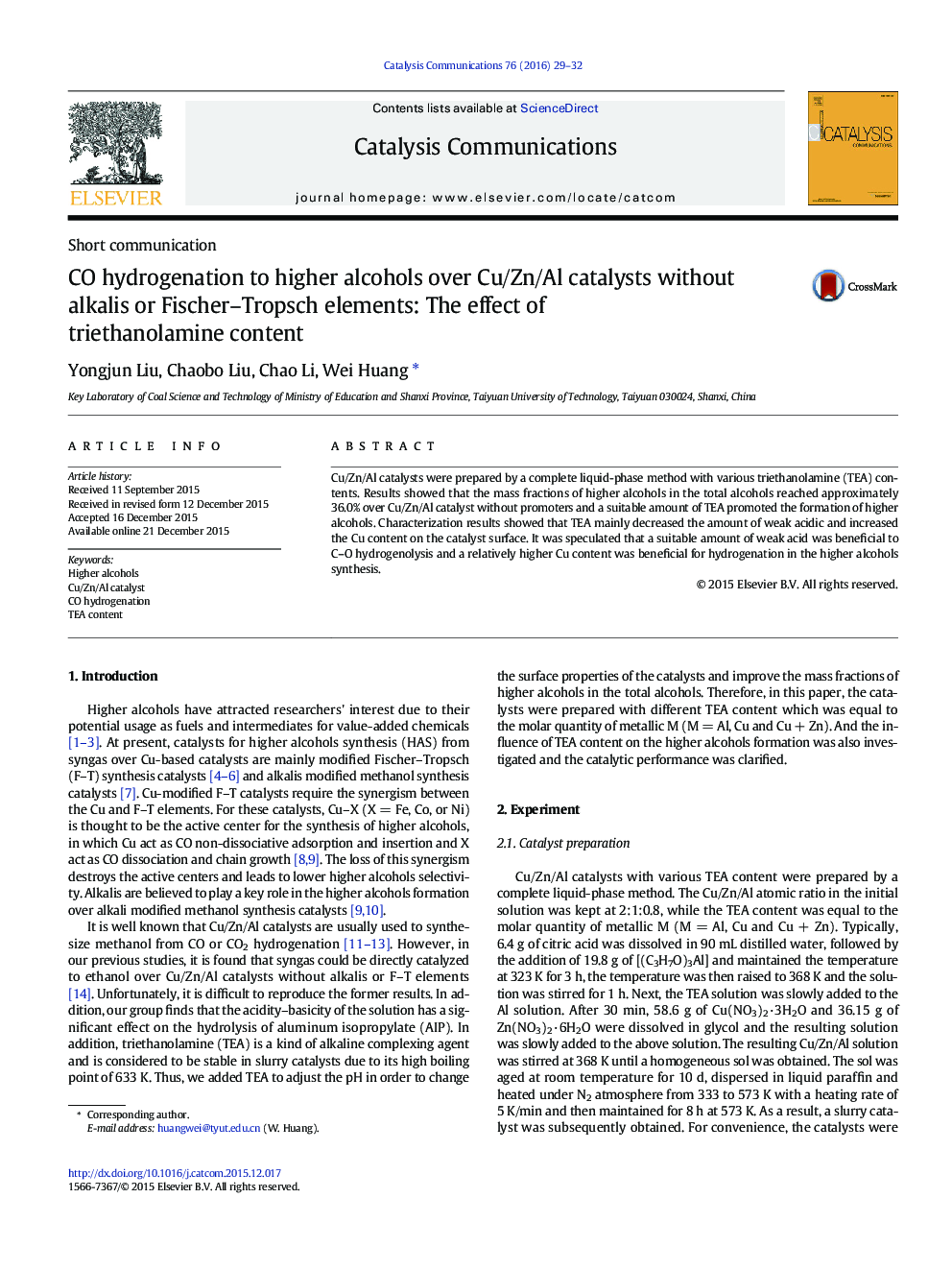 Cu/Zn/Al catalysts were prepared by a complete liquid-phase method with various triethanolamine (TEA) contents. Results showed that the mass fractions of higher alcohols in the total alcohols reached approximately 36.0% over Cu/Zn/Al catalyst without promoters and a suitable amount of TEA promoted the formation of higher alcohols. Characterization results showed that TEA mainly decreased the amount of weak acidic and increased the Cu content on the catalyst surface. It was speculated that a suitable amount of weak acid was beneficial to C–O hydrogenolysis and a relatively higher Cu content was beneficial for hydrogenation in the higher alcohols synthesis.