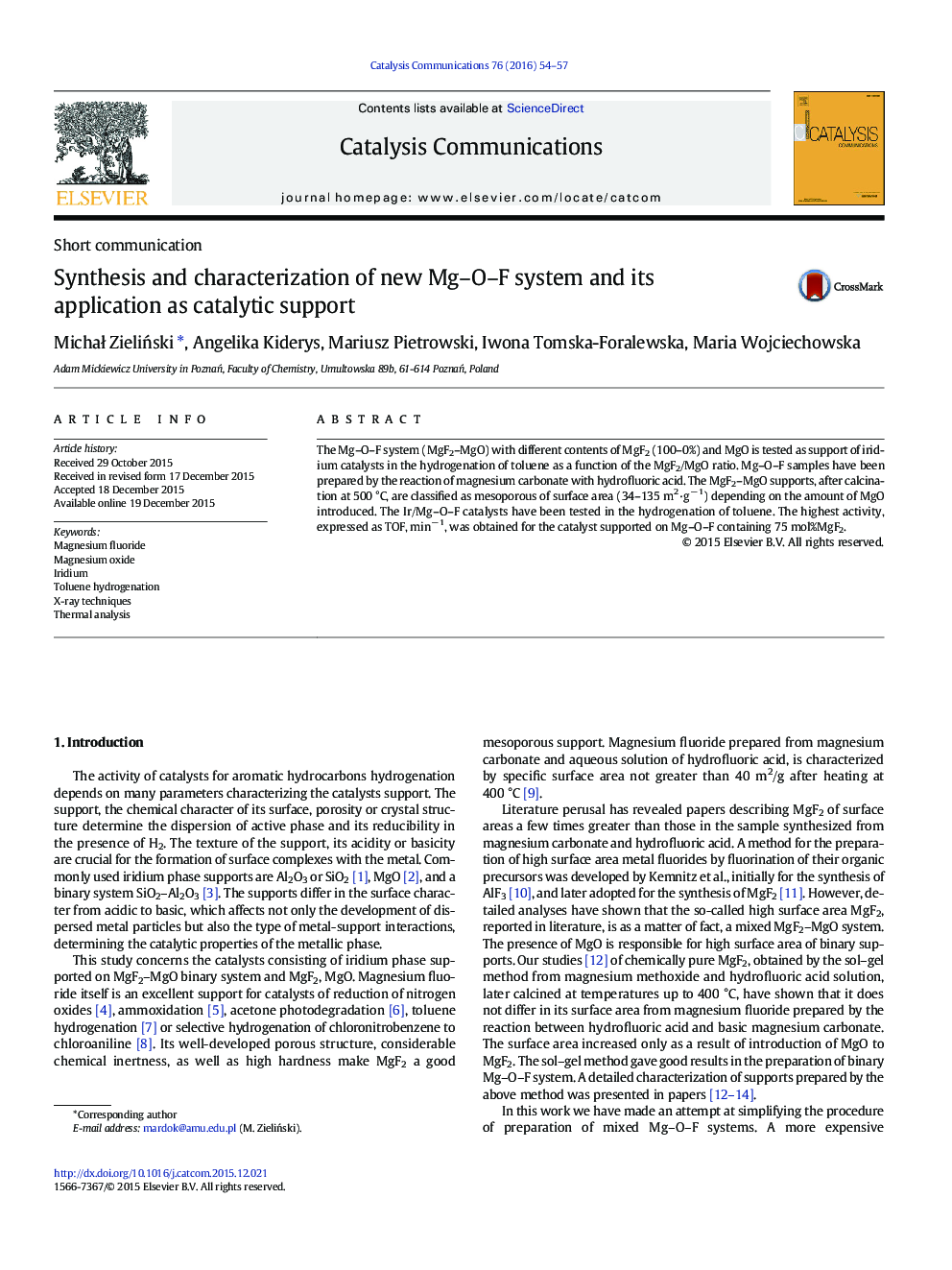 The Mg–O–F system (MgF2–MgO) with different contents of MgF2 (100–0%) and MgO is tested as support of iridium catalysts in the hydrogenation of toluene as a function of the MgF2/MgO ratio. Mg–O–F samples have been prepared by the reaction of magnesium carbonate with hydrofluoric acid. The MgF2–MgO supports, after calcination at 500 °C, are classified as mesoporous of surface area (34–135 m2·g− 1) depending on the amount of MgO introduced. The Ir/Mg–O–F catalysts have been tested in the hydrogenation of toluene. The highest activity, expressed as TOF, min− 1, was obtained for the catalyst supported on Mg–O–F containing 75 mol%MgF2.