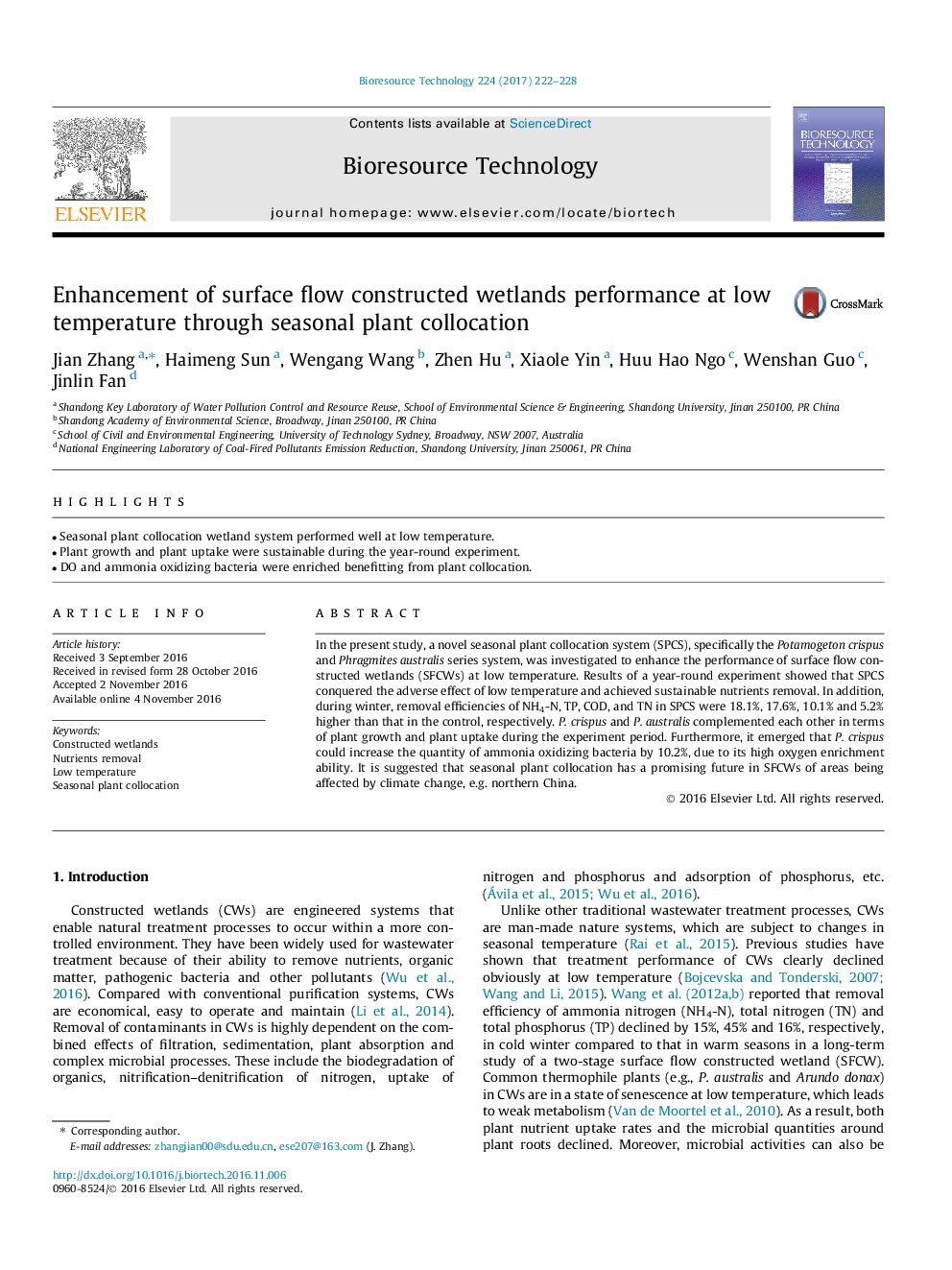 In the present study, a novel seasonal plant collocation system (SPCS), specifically the Potamogeton crispus and Phragmites australis series system, was investigated to enhance the performance of surface flow constructed wetlands (SFCWs) at low temperature. Results of a year-round experiment showed that SPCS conquered the adverse effect of low temperature and achieved sustainable nutrients removal. In addition, during winter, removal efficiencies of NH4-N, TP, COD, and TN in SPCS were 18.1%, 17.6%, 10.1% and 5.2% higher than that in the control, respectively. P. crispus and P. australis complemented each other in terms of plant growth and plant uptake during the experiment period. Furthermore, it emerged that P. crispus could increase the quantity of ammonia oxidizing bacteria by 10.2%, due to its high oxygen enrichment ability. It is suggested that seasonal plant collocation has a promising future in SFCWs of areas being affected by climate change, e.g. northern China.