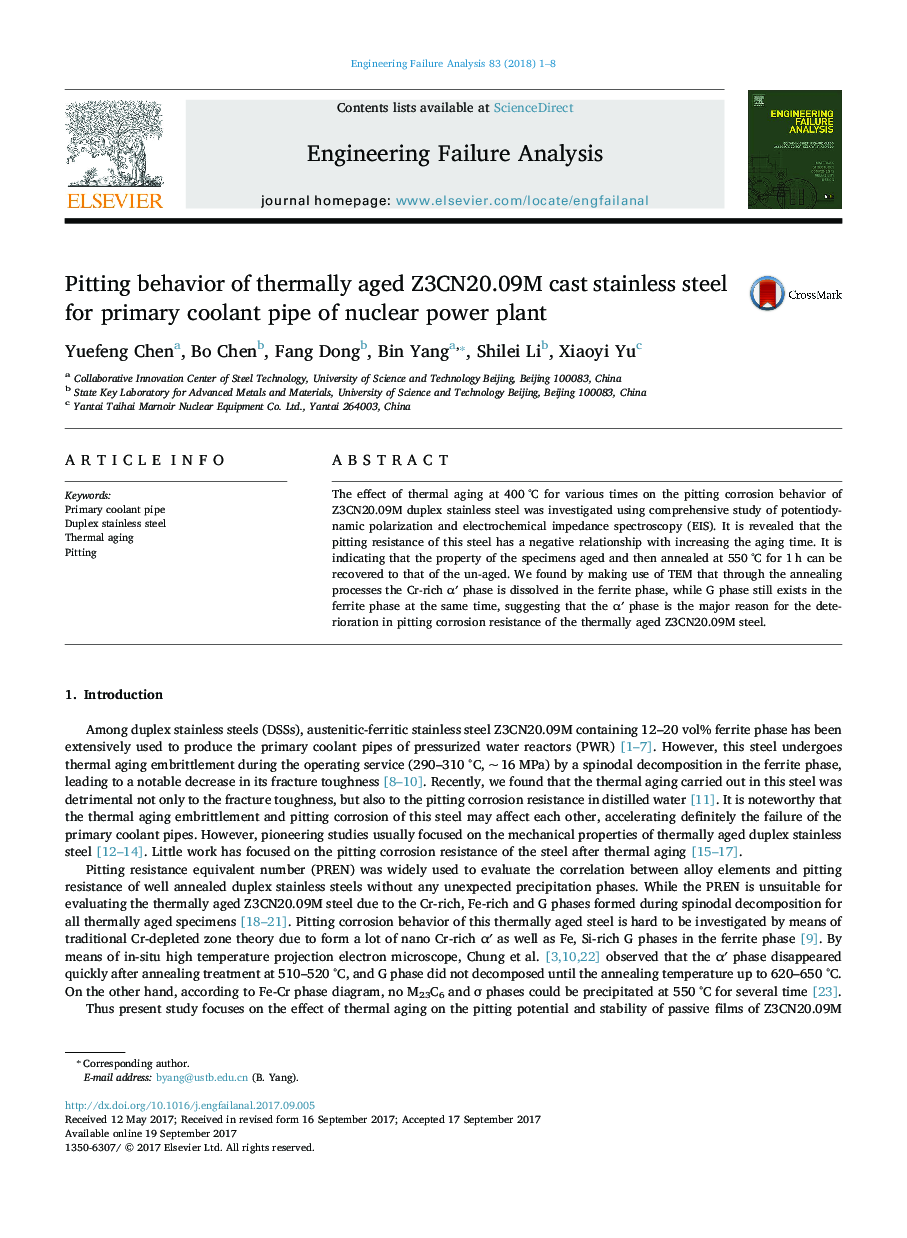 The effect of thermal aging at 400Â Â°C for various times on the pitting corrosion behavior of Z3CN20.09M duplex stainless steel was investigated using comprehensive study of potentiodynamic polarization and electrochemical impedance spectroscopy (EIS). It is revealed that the pitting resistance of this steel has a negative relationship with increasing the aging time. It is indicating that the property of the specimens aged and then annealed at 550Â Â°C for 1Â h can be recovered to that of the un-aged. We found by making use of TEM that through the annealing processes the Cr-rich Î±â² phase is dissolved in the ferrite phase, while G phase still exists in the ferrite phase at the same time, suggesting that the Î±â² phase is the major reason for the deterioration in pitting corrosion resistance of the thermally aged Z3CN20.09M steel.

The pitting resistance of stainless steel is negatively correlated with increasing the thermal aging time, due to the formation of Cr-depleted zone around the Î±â² phase formed by spinodal decomposition. At the interface, an electrochemical micro cell is possible to be formed, accelerating definitely the local corrosion of the steel. During the 550Â Â°C annealing process, only the Cr-rich Î±â² phase was dissolved into the ferrite, the pitting corrosion resistance were restored to the that of un-aged sample. The results confirms that the precipitation of Î±â² phase is the main reason for the deterioration of the thermally aged Z3CN20.09M steel.197