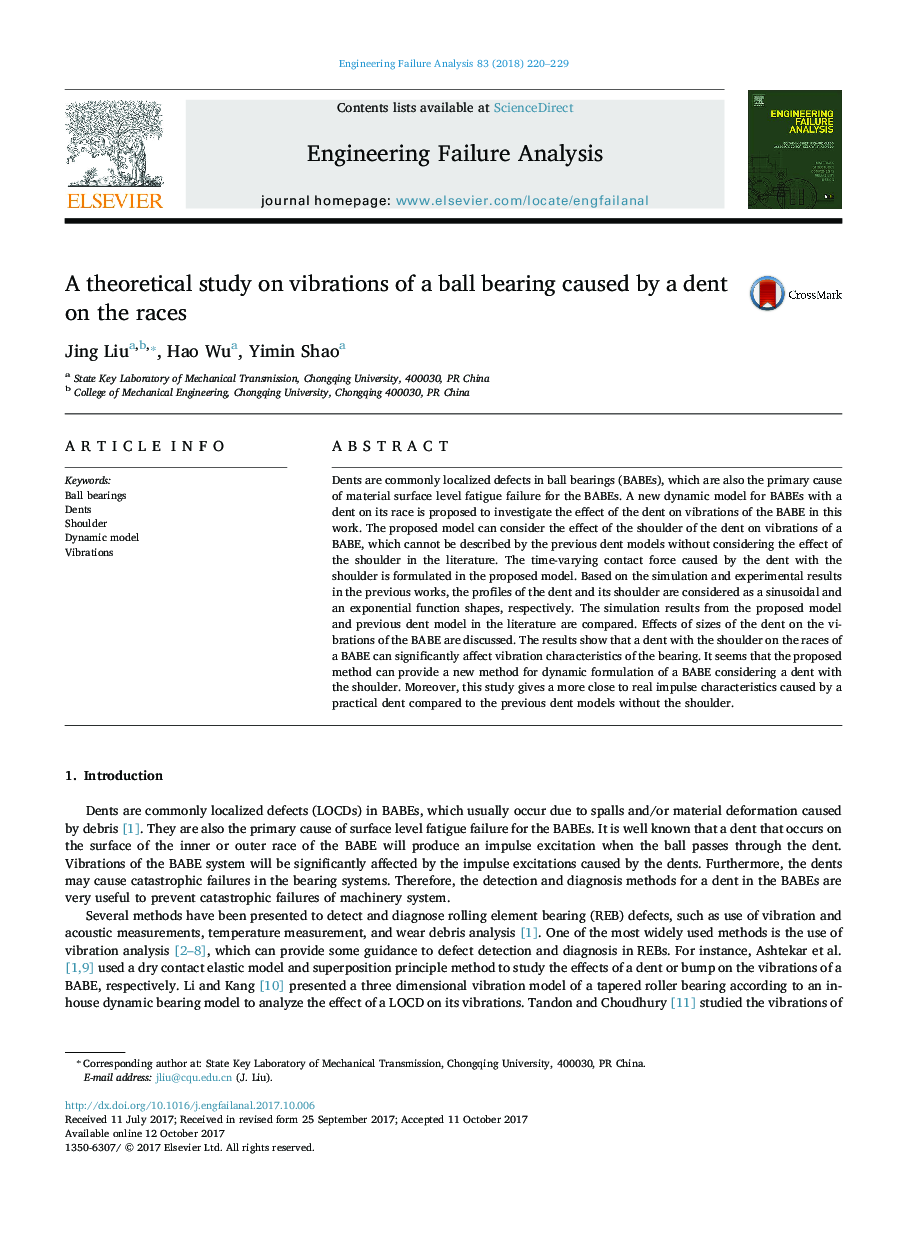 Dents are commonly localized defects in ball bearings (BABEs), which are also the primary cause of material surface level fatigue failure for the BABEs. A new dynamic model for BABEs with a dent on its race is proposed to investigate the effect of the dent on vibrations of the BABE in this work. The proposed model can consider the effect of the shoulder of the dent on vibrations of a BABE, which cannot be described by the previous dent models without considering the effect of the shoulder in the literature. The time-varying contact force caused by the dent with the shoulder is formulated in the proposed model. Based on the simulation and experimental results in the previous works, the profiles of the dent and its shoulder are considered as a sinusoidal and an exponential function shapes, respectively. The simulation results from the proposed model and previous dent model in the literature are compared. Effects of sizes of the dent on the vibrations of the BABE are discussed. The results show that a dent with the shoulder on the races of a BABE can significantly affect vibration characteristics of the bearing. It seems that the proposed method can provide a new method for dynamic formulation of a BABE considering a dent with the shoulder. Moreover, this study gives a more close to real impulse characteristics caused by a practical dent compared to the previous dent models without the shoulder.