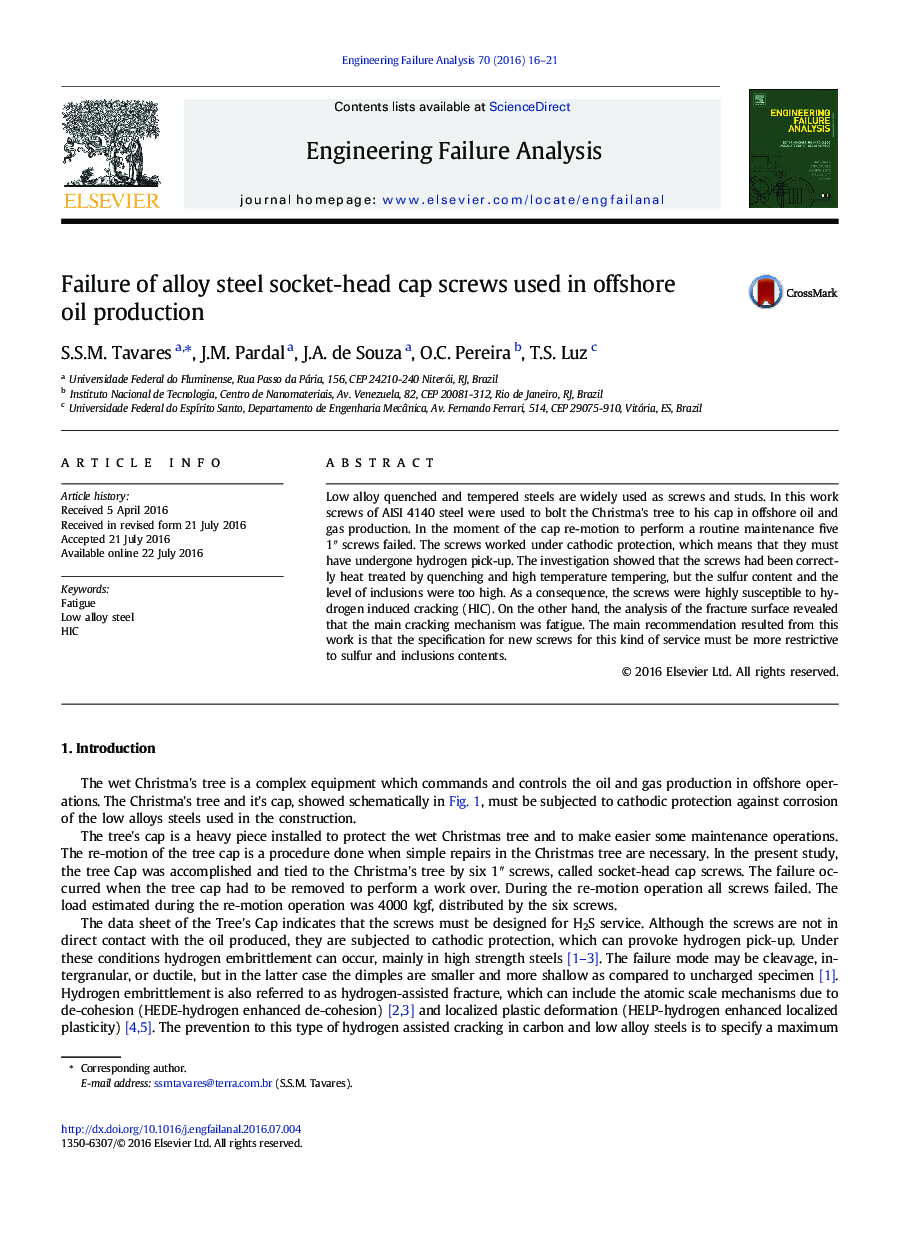 Low alloy quenched and tempered steels are widely used as screws and studs. In this work screws of AISI 4140 steel were used to bolt the Christma's tree to his cap in offshore oil and gas production. In the moment of the cap re-motion to perform a routine maintenance five 1″ screws failed. The screws worked under cathodic protection, which means that they must have undergone hydrogen pick-up. The investigation showed that the screws had been correctly heat treated by quenching and high temperature tempering, but the sulfur content and the level of inclusions were too high. As a consequence, the screws were highly susceptible to hydrogen induced cracking (HIC). On the other hand, the analysis of the fracture surface revealed that the main cracking mechanism was fatigue. The main recommendation resulted from this work is that the specification for new screws for this kind of service must be more restrictive to sulfur and inclusions contents.