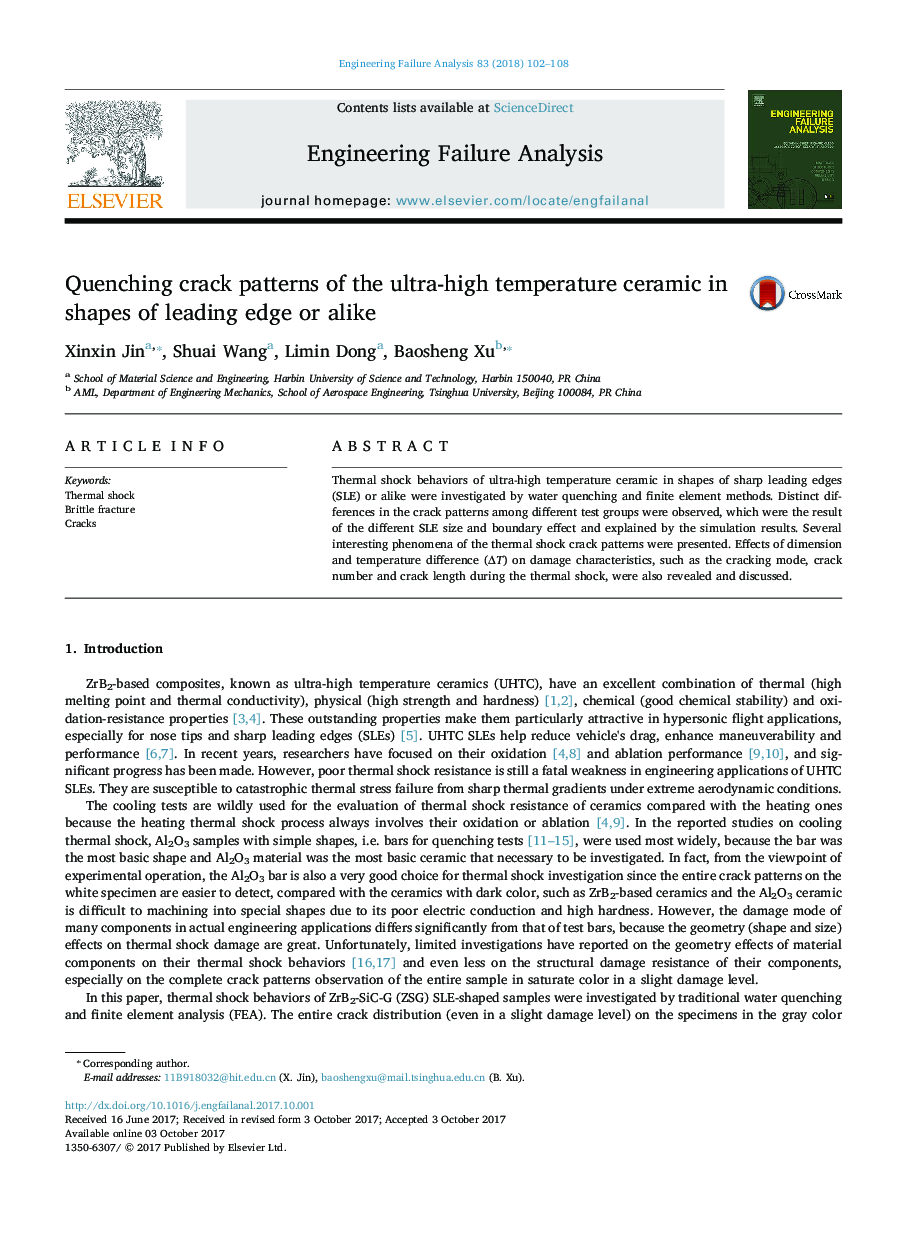 Thermal shock behaviors of ultra-high temperature ceramic in shapes of sharp leading edges (SLE) or alike were investigated by water quenching and finite element methods. Distinct differences in the crack patterns among different test groups were observed, which were the result of the different SLE size and boundary effect and explained by the simulation results. Several interesting phenomena of the thermal shock crack patterns were presented. Effects of dimension and temperature difference (ÎT) on damage characteristics, such as the cracking mode, crack number and crack length during the thermal shock, were also revealed and discussed.