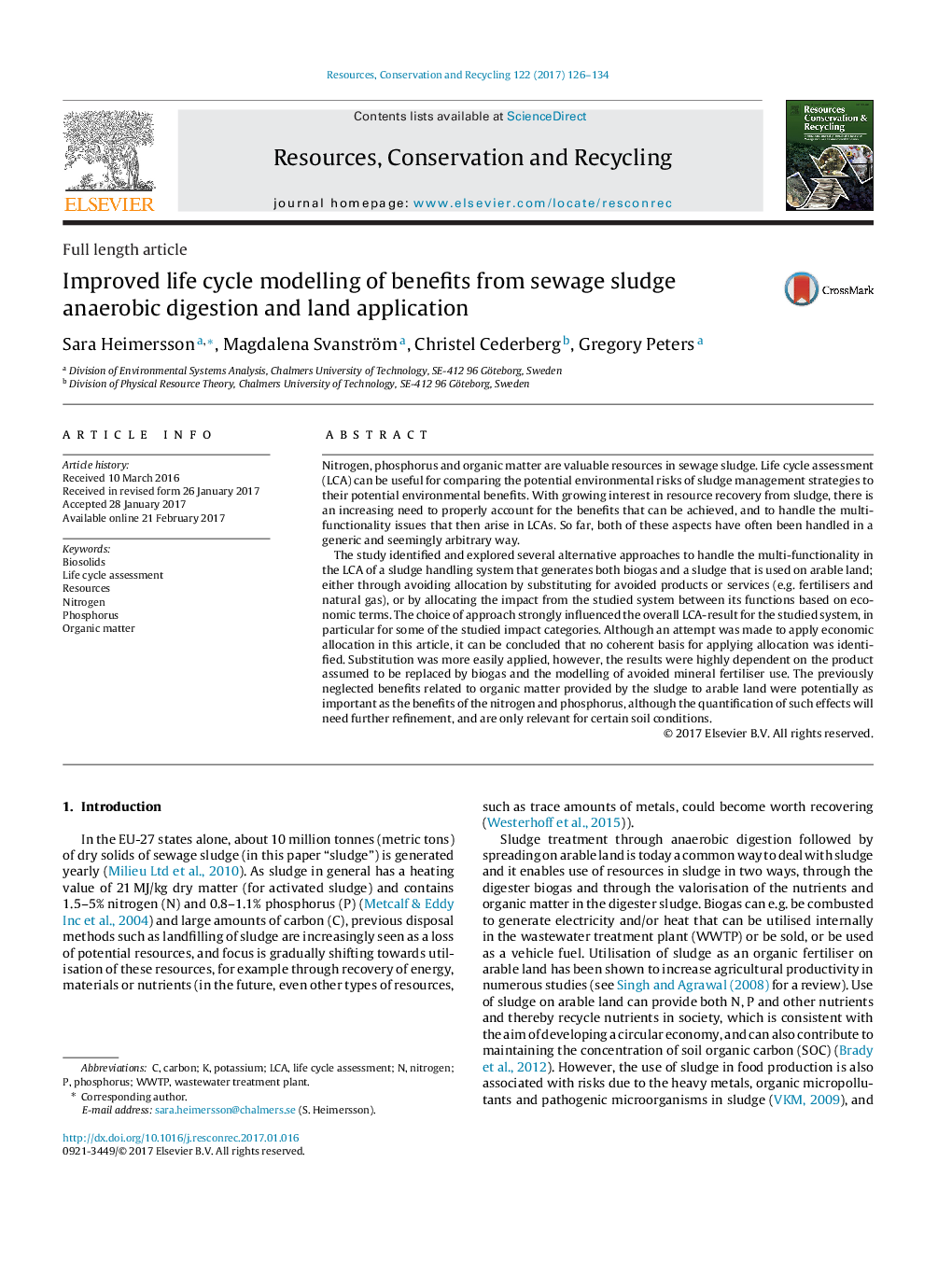 - A substitution approach showed to be sensitive to the modelling of replaced functions.
- Modelling of products replaced by digester biogas is important for results.
- Accounting for benefits of organic matter to arable land can be important.
- No really useful allocation basis was identified, although economic allocation was tested.

Nitrogen, phosphorus and organic matter are valuable resources in sewage sludge. Life cycle assessment (LCA) can be useful for comparing the potential environmental risks of sludge management strategies to their potential environmental benefits. With growing interest in resource recovery from sludge, there is an increasing need to properly account for the benefits that can be achieved, and to handle the multi-functionality issues that then arise in LCAs. So far, both of these aspects have often been handled in a generic and seemingly arbitrary way.The study identified and explored several alternative approaches to handle the multi-functionality in the LCA of a sludge handling system that generates both biogas and a sludge that is used on arable land; either through avoiding allocation by substituting for avoided products or services (e.g. fertilisers and natural gas), or by allocating the impact from the studied system between its functions based on economic terms. The choice of approach strongly influenced the overall LCA-result for the studied system, in particular for some of the studied impact categories. Although an attempt was made to apply economic allocation in this article, it can be concluded that no coherent basis for applying allocation was identified. Substitution was more easily applied, however, the results were highly dependent on the product assumed to be replaced by biogas and the modelling of avoided mineral fertiliser use. The previously neglected benefits related to organic matter provided by the sludge to arable land were potentially as important as the benefits of the nitrogen and phosphorus, although the quantification of such effects will need further refinement, and are only relevant for certain soil conditions.