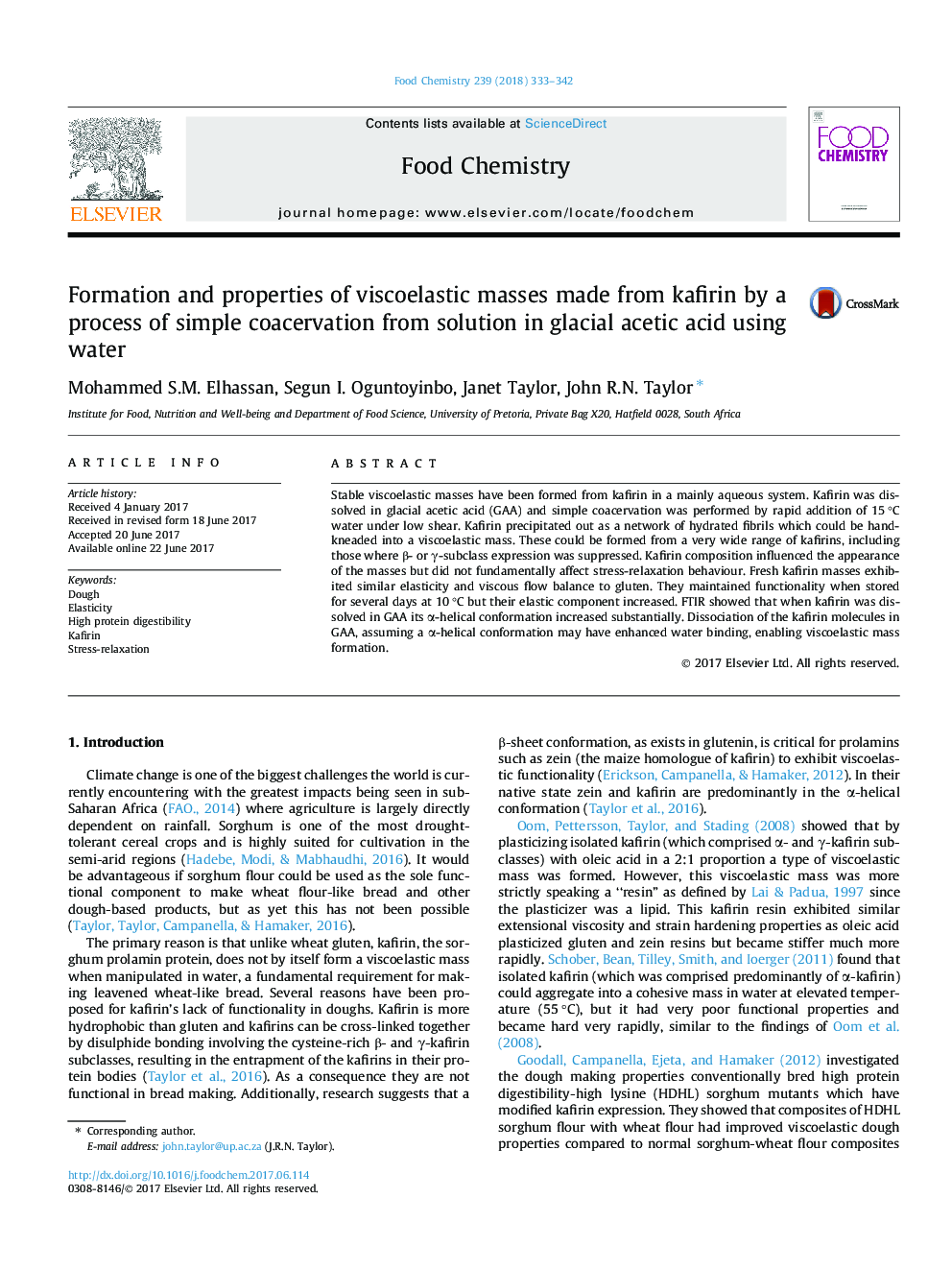 Stable viscoelastic masses have been formed from kafirin in a mainly aqueous system. Kafirin was dissolved in glacial acetic acid (GAA) and simple coacervation was performed by rapid addition of 15Â Â°C water under low shear. Kafirin precipitated out as a network of hydrated fibrils which could be hand-kneaded into a viscoelastic mass. These could be formed from a very wide range of kafirins, including those where Î²- or Î³-subclass expression was suppressed. Kafirin composition influenced the appearance of the masses but did not fundamentally affect stress-relaxation behaviour. Fresh kafirin masses exhibited similar elasticity and viscous flow balance to gluten. They maintained functionality when stored for several days at 10Â Â°C but their elastic component increased. FTIR showed that when kafirin was dissolved in GAA its Î±-helical conformation increased substantially. Dissociation of the kafirin molecules in GAA, assuming a Î±-helical conformation may have enhanced water binding, enabling viscoelastic mass formation.