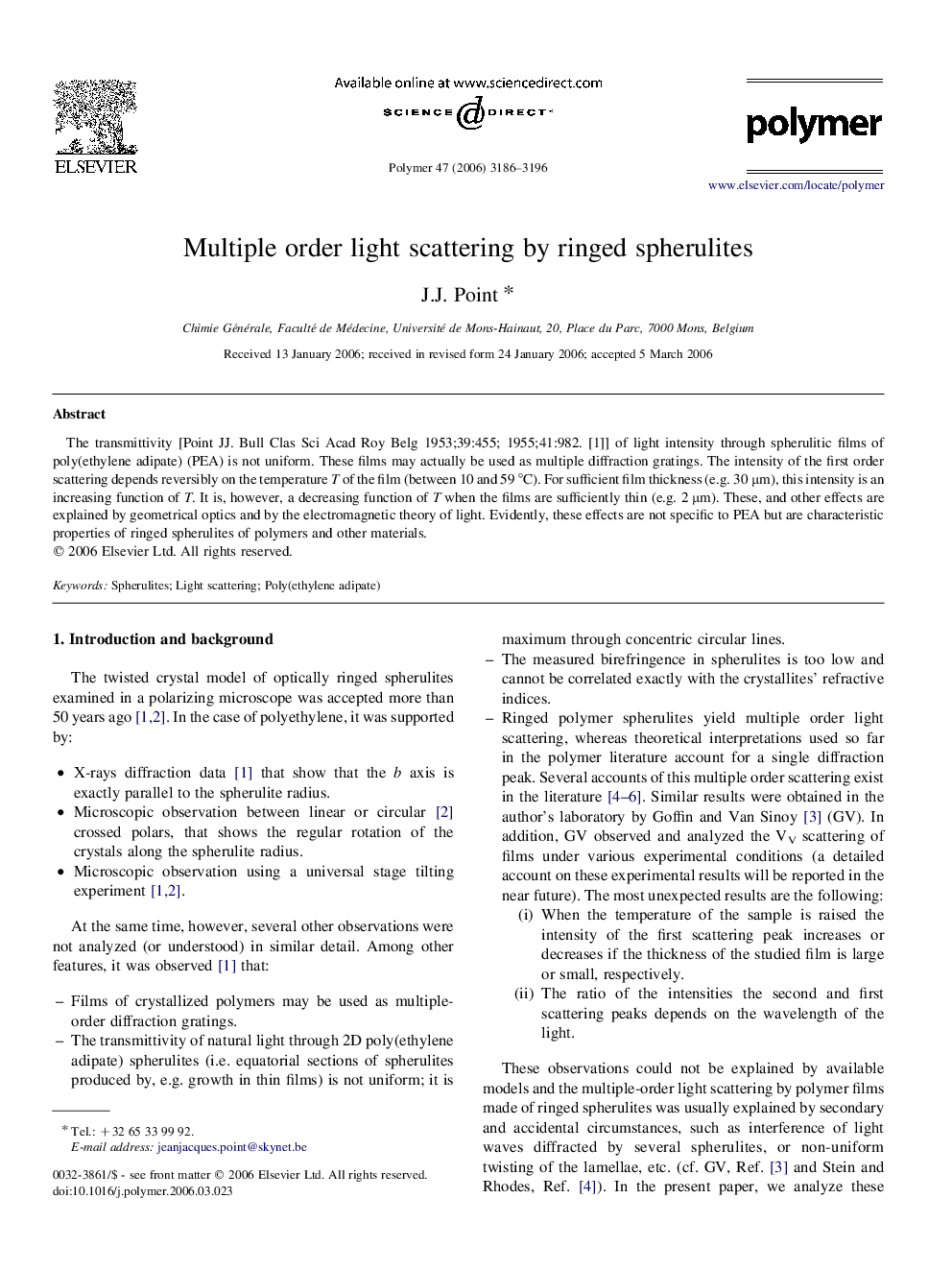 The transmittivity [Point JJ. Bull Clas Sci Acad Roy Belg 1953;39:455; 1955;41:982. [1]] of light intensity through spherulitic films of poly(ethylene adipate) (PEA) is not uniform. These films may actually be used as multiple diffraction gratings. The intensity of the first order scattering depends reversibly on the temperature T of the film (between 10 and 59Â Â°C). For sufficient film thickness (e.g. 30Â Î¼m), this intensity is an increasing function of T. It is, however, a decreasing function of T when the films are sufficiently thin (e.g. 2Â Î¼m). These, and other effects are explained by geometrical optics and by the electromagnetic theory of light. Evidently, these effects are not specific to PEA but are characteristic properties of ringed spherulites of polymers and other materials.