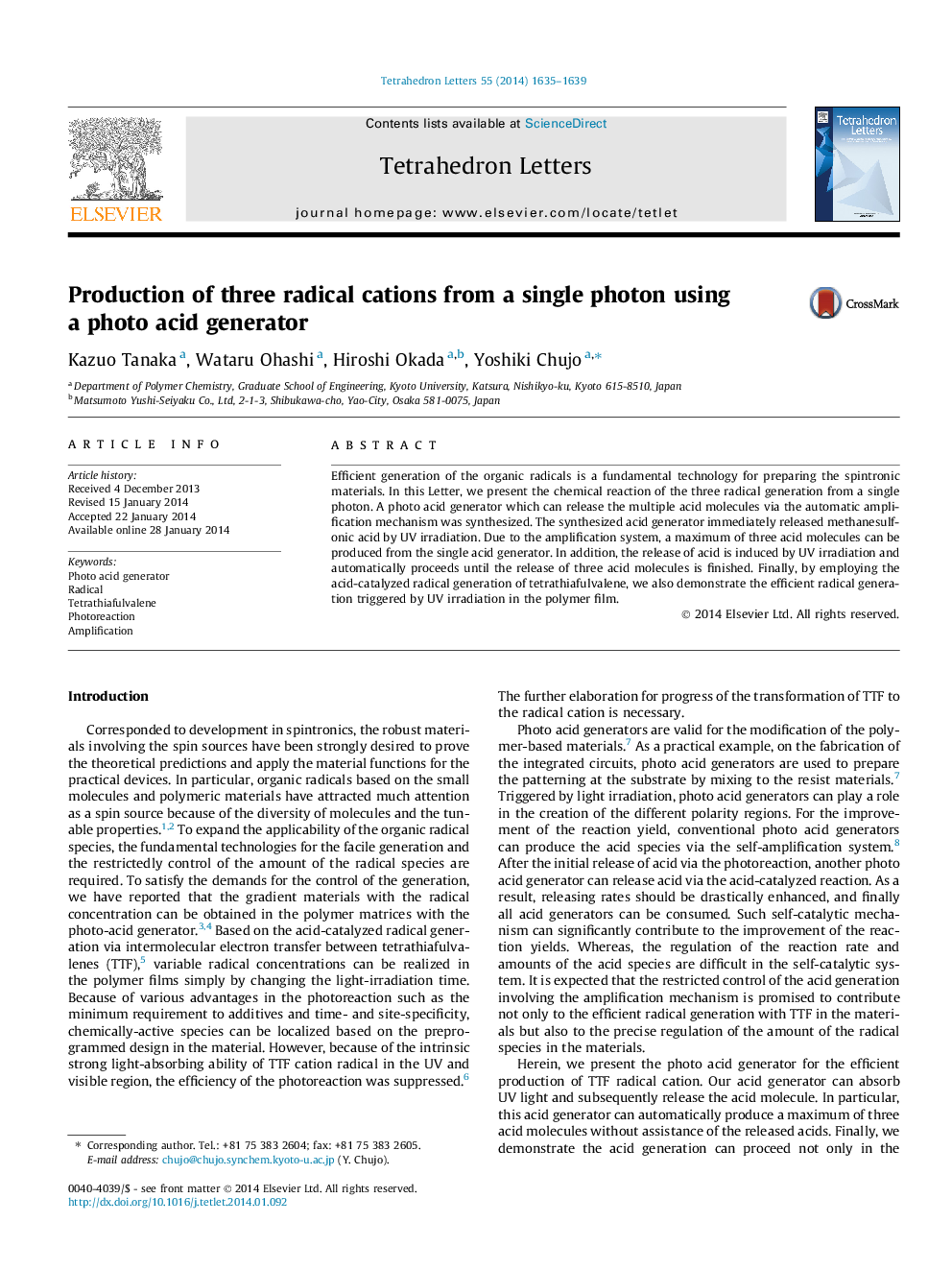 Efficient generation of the organic radicals is a fundamental technology for preparing the spintronic materials. In this Letter, we present the chemical reaction of the three radical generation from a single photon. A photo acid generator which can release the multiple acid molecules via the automatic amplification mechanism was synthesized. The synthesized acid generator immediately released methanesulfonic acid by UV irradiation. Due to the amplification system, a maximum of three acid molecules can be produced from the single acid generator. In addition, the release of acid is induced by UV irradiation and automatically proceeds until the release of three acid molecules is finished. Finally, by employing the acid-catalyzed radical generation of tetrathiafulvalene, we also demonstrate the efficient radical generation triggered by UV irradiation in the polymer film.