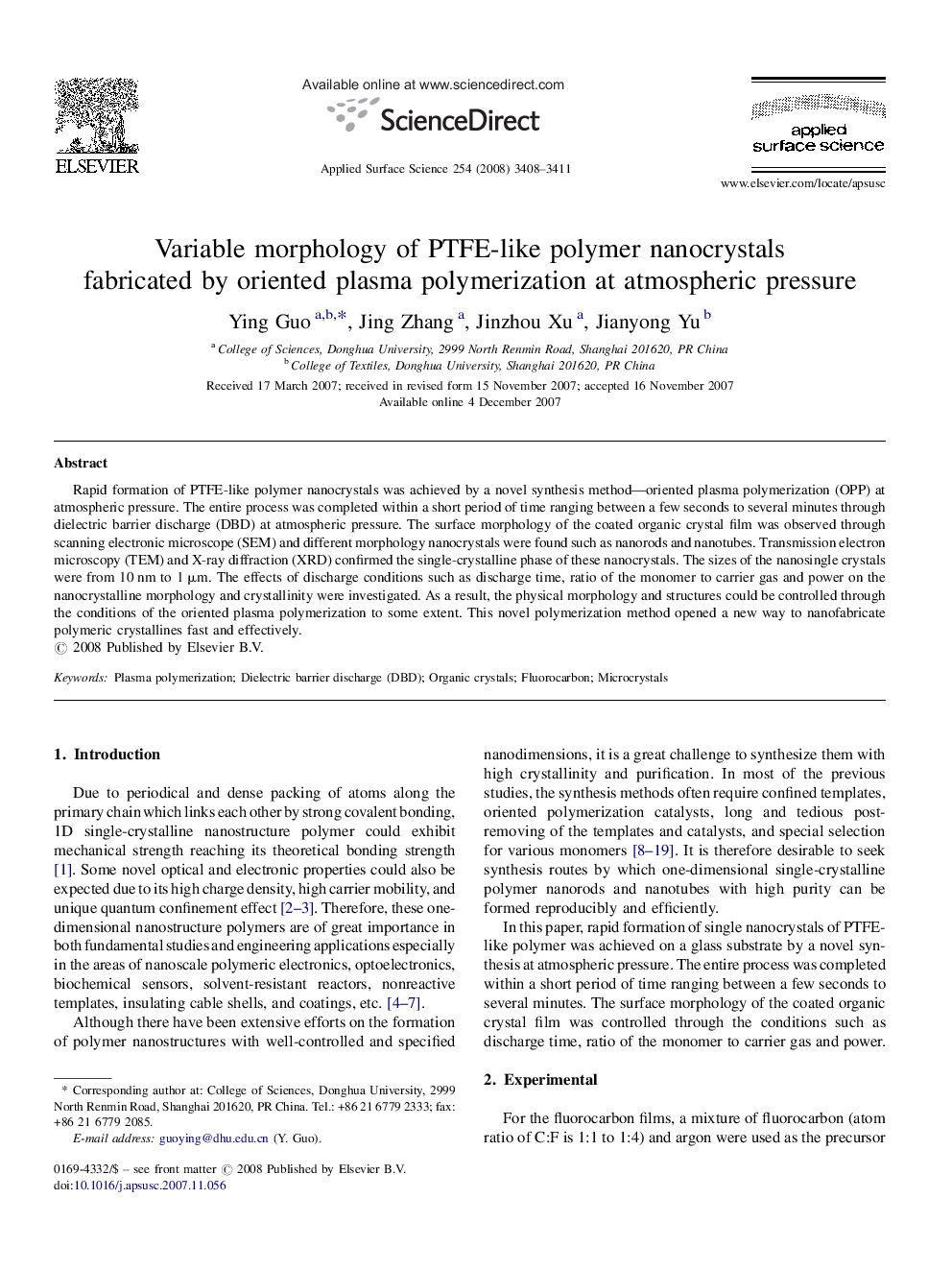 Rapid formation of PTFE-like polymer nanocrystals was achieved by a novel synthesis method-oriented plasma polymerization (OPP) at atmospheric pressure. The entire process was completed within a short period of time ranging between a few seconds to several minutes through dielectric barrier discharge (DBD) at atmospheric pressure. The surface morphology of the coated organic crystal film was observed through scanning electronic microscope (SEM) and different morphology nanocrystals were found such as nanorods and nanotubes. Transmission electron microscopy (TEM) and X-ray diffraction (XRD) confirmed the single-crystalline phase of these nanocrystals. The sizes of the nanosingle crystals were from 10Â nm to 1Â Î¼m. The effects of discharge conditions such as discharge time, ratio of the monomer to carrier gas and power on the nanocrystalline morphology and crystallinity were investigated. As a result, the physical morphology and structures could be controlled through the conditions of the oriented plasma polymerization to some extent. This novel polymerization method opened a new way to nanofabricate polymeric crystallines fast and effectively.