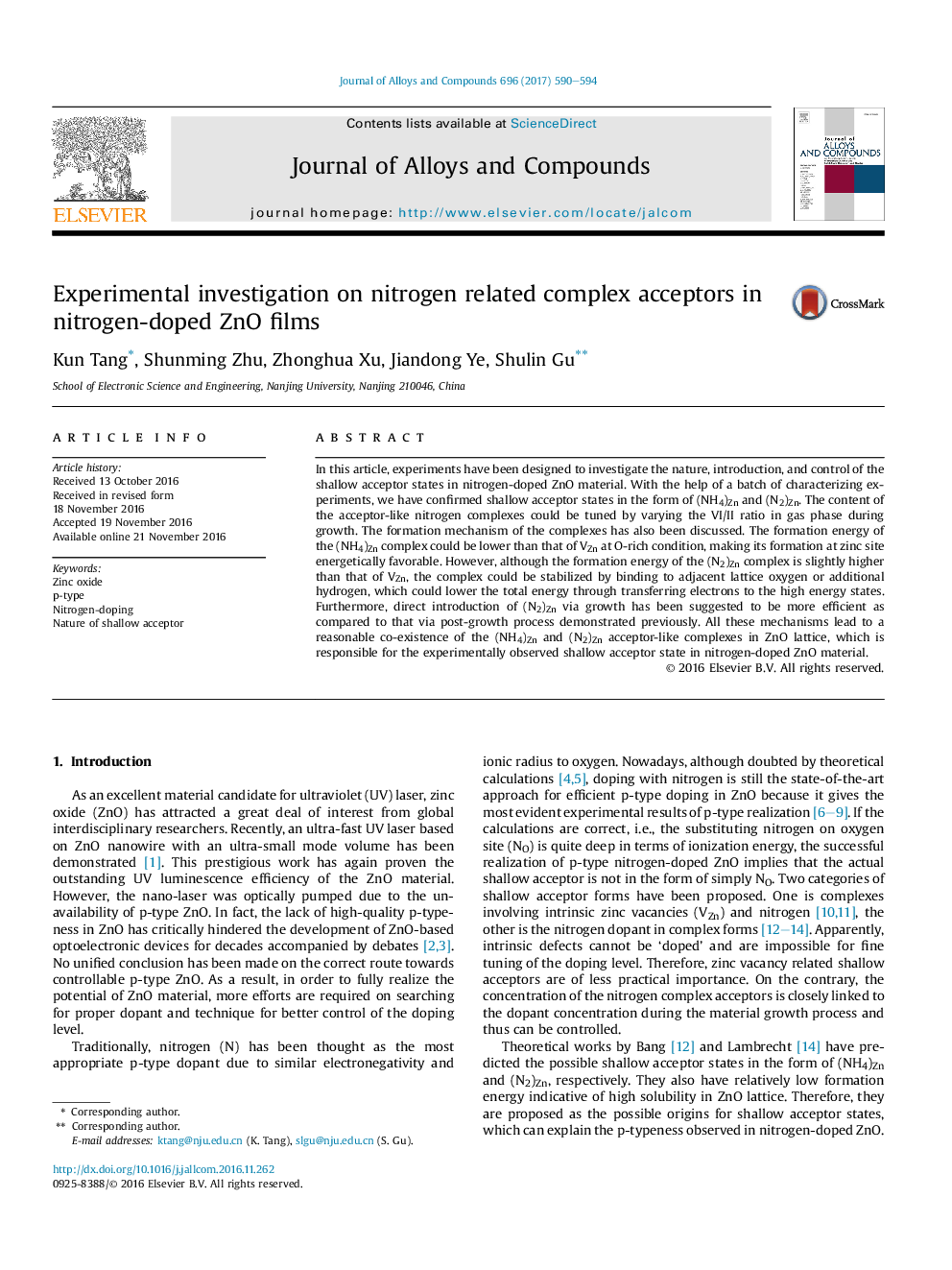 چکیده انگلیسی
In this article, experiments have been designed to investigate the nature, introduction, and control of the shallow acceptor states in nitrogen-doped ZnO material. With the help of a batch of characterizing experiments, we have confirmed shallow acceptor states in the form of (NH4)Zn and (N2)Zn. The content of the acceptor-like nitrogen complexes could be tuned by varying the VI/II ratio in gas phase during growth. The formation mechanism of the complexes has also been discussed. The formation energy of the (NH4)Zn complex could be lower than that of VZn at O-rich condition, making its formation at zinc site energetically favorable. However, although the formation energy of the (N2)Zn complex is slightly higher than that of VZn, the complex could be stabilized by binding to adjacent lattice oxygen or additional hydrogen, which could lower the total energy through transferring electrons to the high energy states. Furthermore, direct introduction of (N2)Zn via growth has been suggested to be more efficient as compared to that via post-growth process demonstrated previously. All these mechanisms lead to a reasonable co-existence of the (NH4)Zn and (N2)Zn acceptor-like complexes in ZnO lattice, which is responsible for the experimentally observed shallow acceptor state in nitrogen-doped ZnO material.
ناشر
Database: Elsevier - ScienceDirect (ساینس دایرکت)
Journal: Journal of Alloys and Compounds - Volume 696, 5 March 2017, Pages 590-594
نویسندگان
Kun Tang, Shunming Zhu, Zhonghua Xu, Jiandong Ye, Shulin Gu,
دانلود مقاله + سفارش ترجمه
دانلود مقاله ISI انگلیسی
رایگان برای ایرانیان
سفارش ترجمه تخصصی
با تضمین قیمت و کیفیت
منتشر شده در