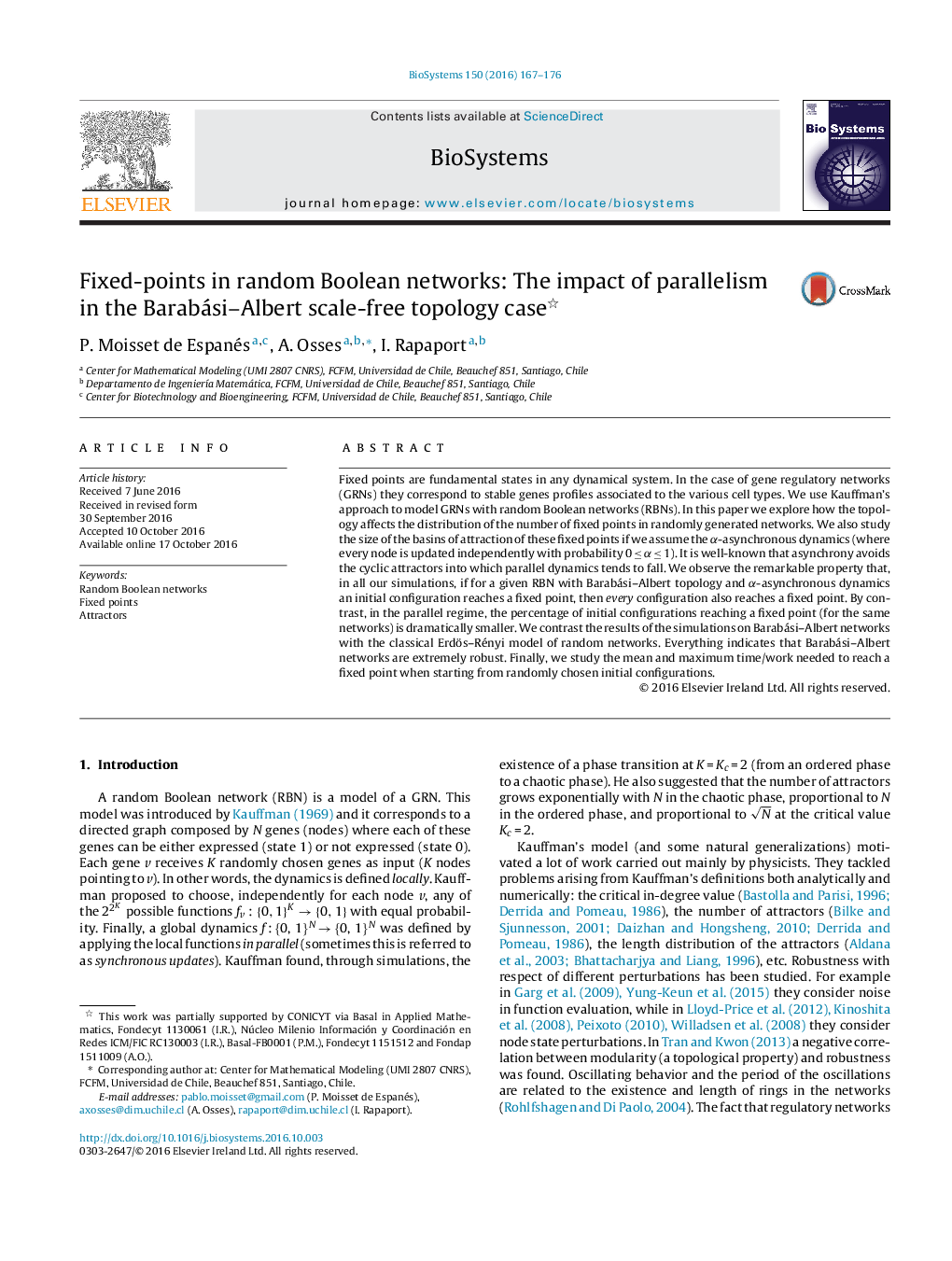 Fixed points are fundamental states in any dynamical system. In the case of gene regulatory networks (GRNs) they correspond to stable genes profiles associated to the various cell types. We use Kauffman's approach to model GRNs with random Boolean networks (RBNs). In this paper we explore how the topology affects the distribution of the number of fixed points in randomly generated networks. We also study the size of the basins of attraction of these fixed points if we assume the Î±-asynchronous dynamics (where every node is updated independently with probability 0Â â¤Â Î±Â â¤Â 1). It is well-known that asynchrony avoids the cyclic attractors into which parallel dynamics tends to fall. We observe the remarkable property that, in all our simulations, if for a given RBN with Barabási-Albert topology and Î±-asynchronous dynamics an initial configuration reaches a fixed point, then every configuration also reaches a fixed point. By contrast, in the parallel regime, the percentage of initial configurations reaching a fixed point (for the same networks) is dramatically smaller. We contrast the results of the simulations on Barabási-Albert networks with the classical Erdös-Rényi model of random networks. Everything indicates that Barabási-Albert networks are extremely robust. Finally, we study the mean and maximum time/work needed to reach a fixed point when starting from randomly chosen initial configurations.