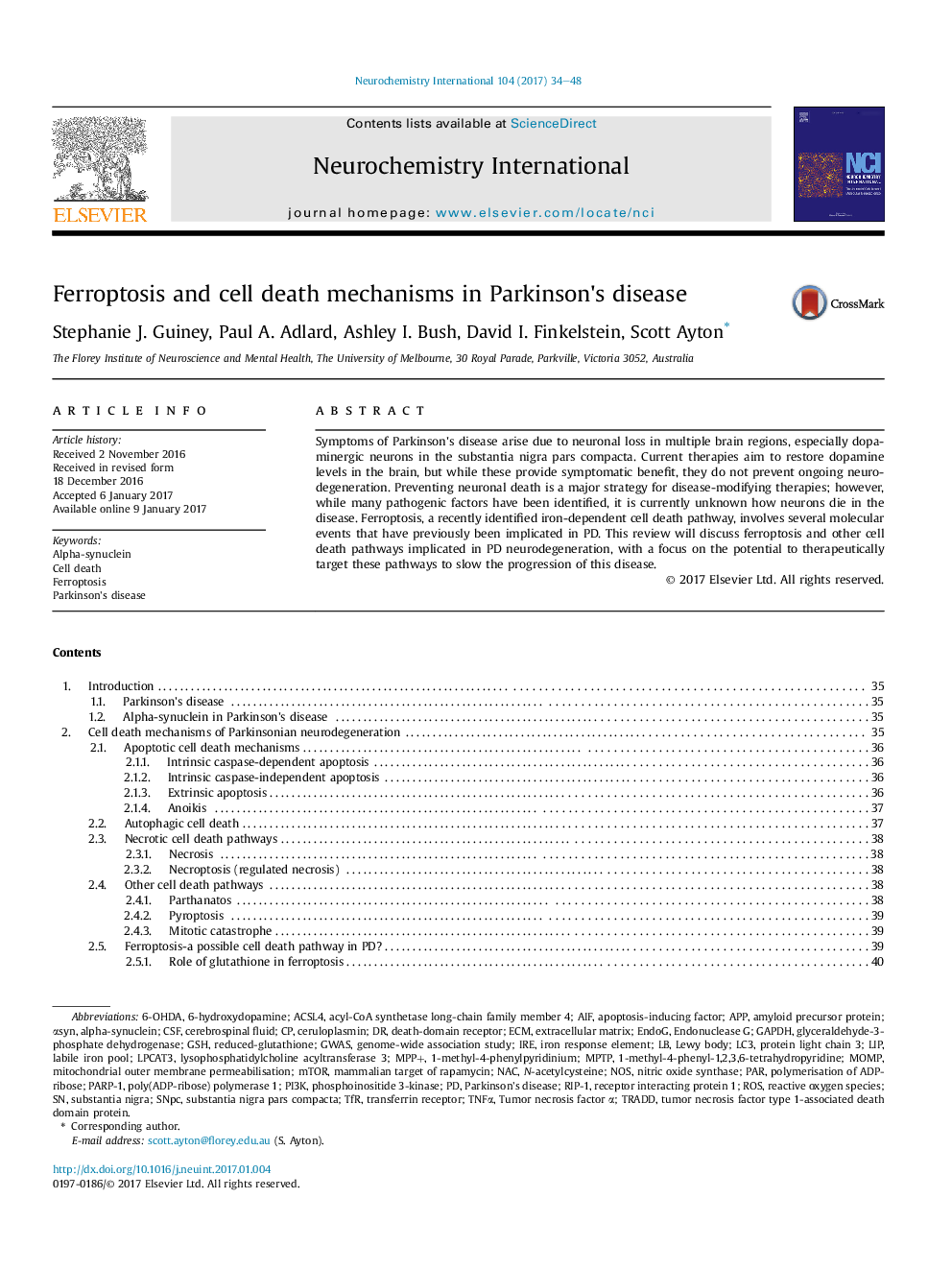 Symptoms of Parkinson's disease arise due to neuronal loss in multiple brain regions, especially dopaminergic neurons in the substantia nigra pars compacta. Current therapies aim to restore dopamine levels in the brain, but while these provide symptomatic benefit, they do not prevent ongoing neurodegeneration. Preventing neuronal death is a major strategy for disease-modifying therapies; however, while many pathogenic factors have been identified, it is currently unknown how neurons die in the disease. Ferroptosis, a recently identified iron-dependent cell death pathway, involves several molecular events that have previously been implicated in PD. This review will discuss ferroptosis and other cell death pathways implicated in PD neurodegeneration, with a focus on the potential to therapeutically target these pathways to slow the progression of this disease.