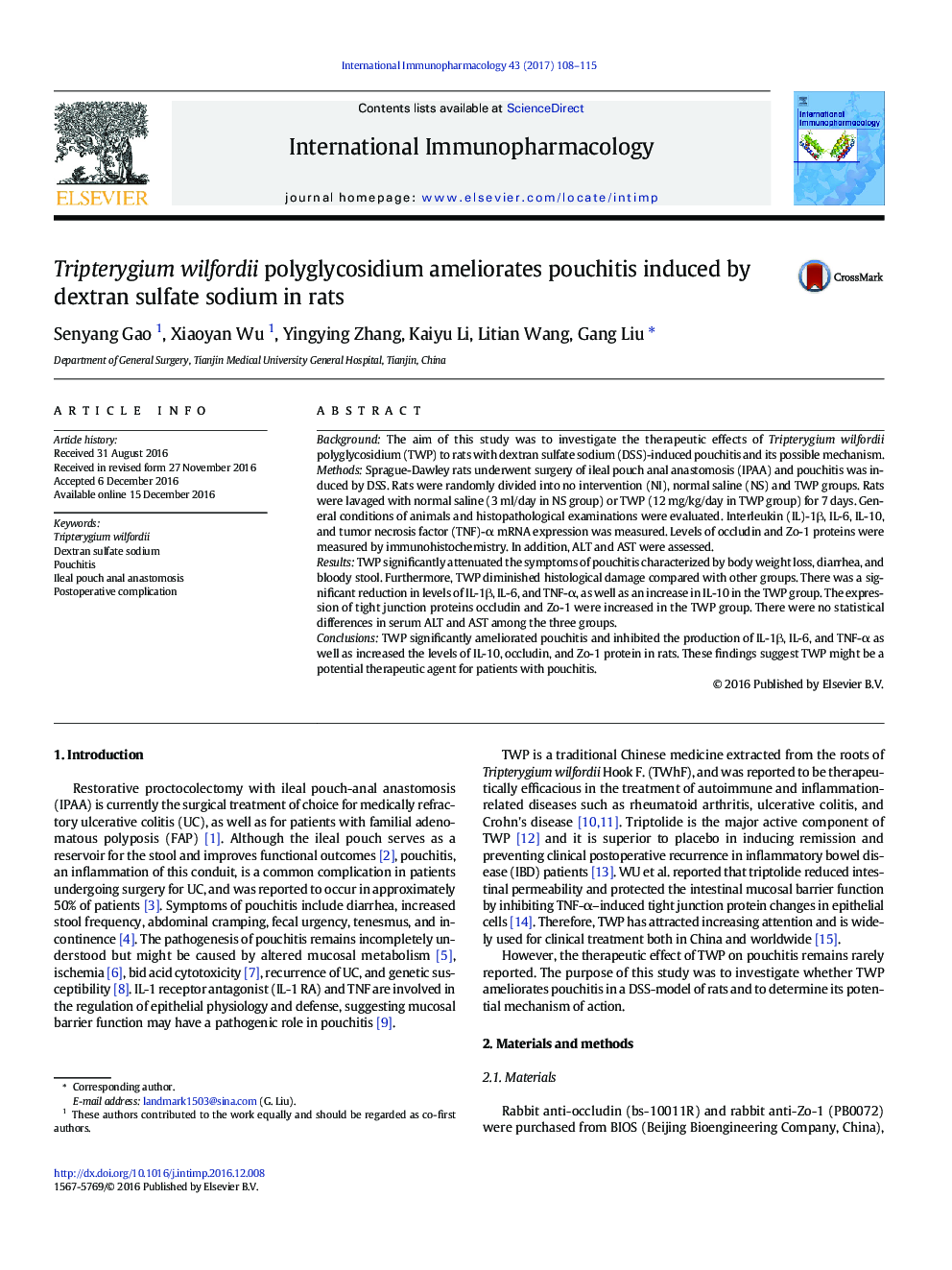 BackgroundThe aim of this study was to investigate the therapeutic effects of Tripterygium wilfordii polyglycosidium (TWP) to rats with dextran sulfate sodium (DSS)-induced pouchitis and its possible mechanism.MethodsSprague-Dawley rats underwent surgery of ileal pouch anal anastomosis (IPAA) and pouchitis was induced by DSS. Rats were randomly divided into no intervention (NI), normal saline (NS) and TWP groups. Rats were lavaged with normal saline (3Â ml/day in NS group) or TWP (12Â mg/kg/day in TWP group) for 7Â days. General conditions of animals and histopathological examinations were evaluated. Interleukin (IL)-1Î², IL-6, IL-10, and tumor necrosis factor (TNF)-Î± mRNA expression was measured. Levels of occludin and Zo-1 proteins were measured by immunohistochemistry. In addition, ALT and AST were assessed.ResultsTWP significantly attenuated the symptoms of pouchitis characterized by body weight loss, diarrhea, and bloody stool. Furthermore, TWP diminished histological damage compared with other groups. There was a significant reduction in levels of IL-1Î², IL-6, and TNF-Î±, as well as an increase in IL-10 in the TWP group. The expression of tight junction proteins occludin and Zo-1 were increased in the TWP group. There were no statistical differences in serum ALT and AST among the three groups.ConclusionsTWP significantly ameliorated pouchitis and inhibited the production of IL-1Î², IL-6, and TNF-Î± as well as increased the levels of IL-10, occludin, and Zo-1 protein in rats. These findings suggest TWP might be a potential therapeutic agent for patients with pouchitis.