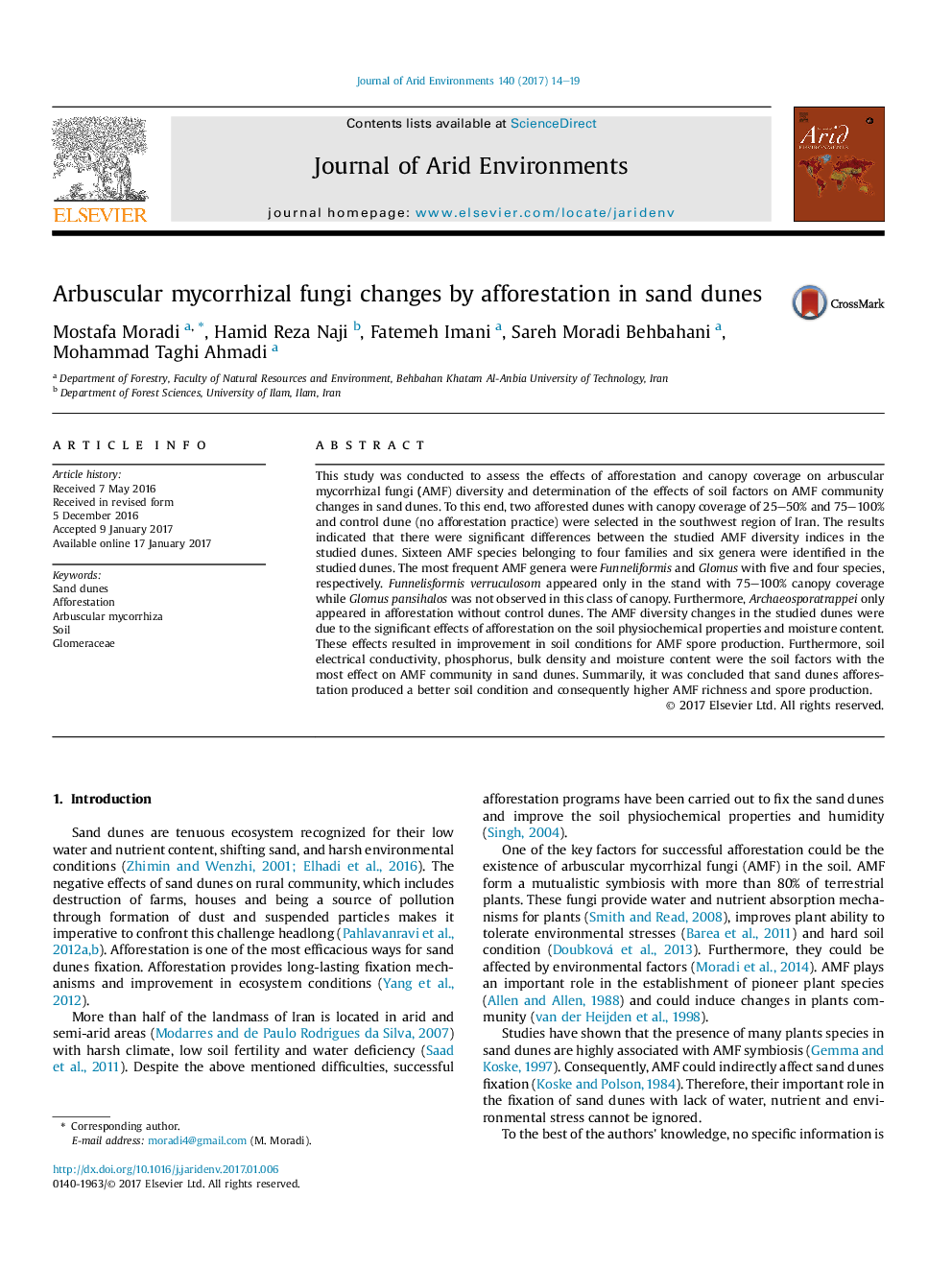 This study was conducted to assess the effects of afforestation and canopy coverage on arbuscular mycorrhizal fungi (AMF) diversity and determination of the effects of soil factors on AMF community changes in sand dunes. To this end, two afforested dunes with canopy coverage of 25-50% and 75-100% and control dune (no afforestation practice) were selected in the southwest region of Iran. The results indicated that there were significant differences between the studied AMF diversity indices in the studied dunes. Sixteen AMF species belonging to four families and six genera were identified in the studied dunes. The most frequent AMF genera were Funneliformis and Glomus with five and four species, respectively. Funnelisformis verruculosom appeared only in the stand with 75-100% canopy coverage while Glomus pansihalos was not observed in this class of canopy. Furthermore, Archaeosporatrappei only appeared in afforestation without control dunes. The AMF diversity changes in the studied dunes were due to the significant effects of afforestation on the soil physiochemical properties and moisture content. These effects resulted in improvement in soil conditions for AMF spore production. Furthermore, soil electrical conductivity, phosphorus, bulk density and moisture content were the soil factors with the most effect on AMF community in sand dunes. Summarily, it was concluded that sand dunes afforestation produced a better soil condition and consequently higher AMF richness and spore production.