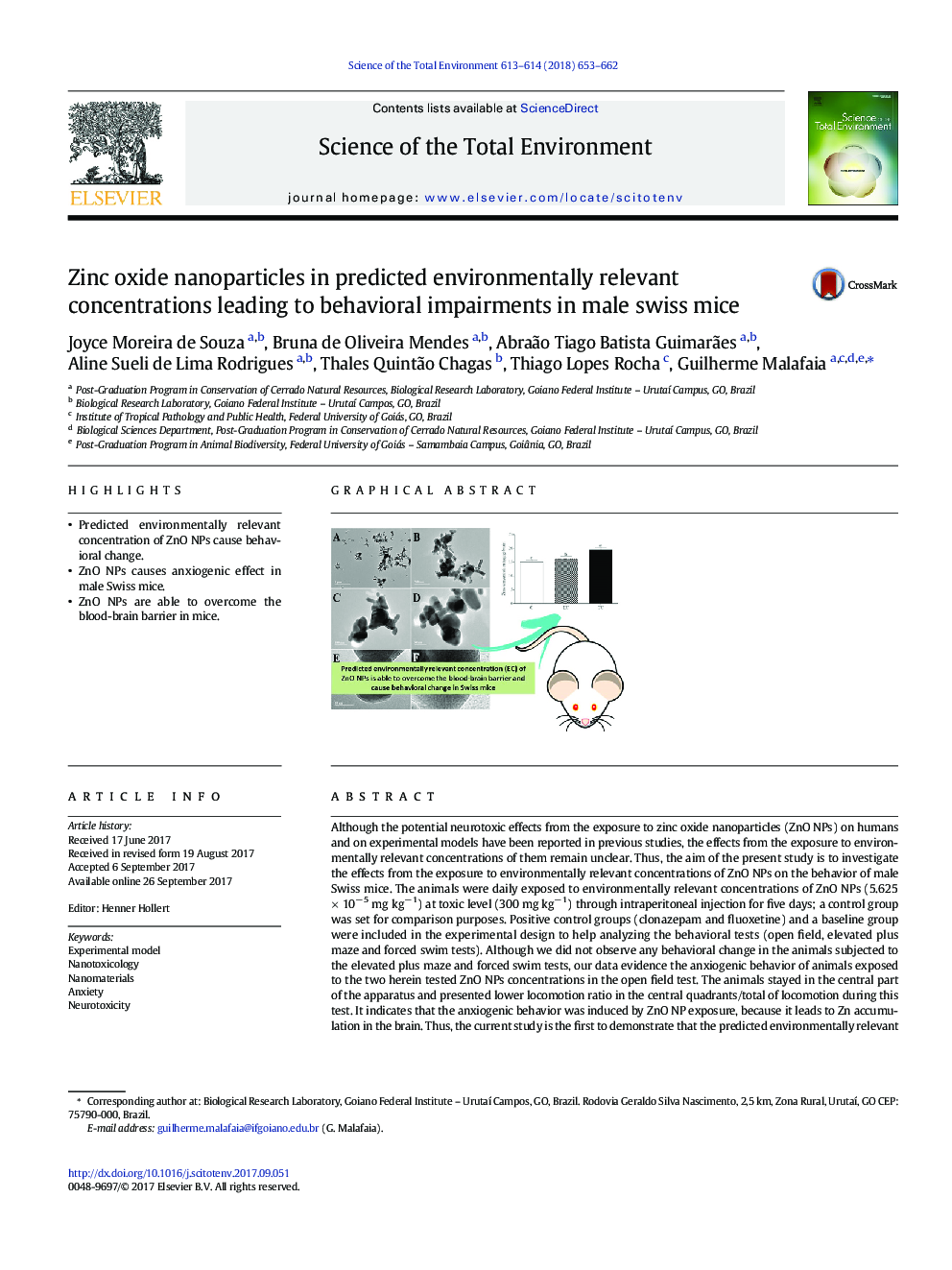 Although the potential neurotoxic effects from the exposure to zinc oxide nanoparticles (ZnO NPs) on humans and on experimental models have been reported in previous studies, the effects from the exposure to environmentally relevant concentrations of them remain unclear. Thus, the aim of the present study is to investigate the effects from the exposure to environmentally relevant concentrations of ZnO NPs on the behavior of male Swiss mice. The animals were daily exposed to environmentally relevant concentrations of ZnO NPs (5.625Â ÃÂ 10âÂ 5Â mgÂ kgâÂ 1) at toxic level (300Â mgÂ kgâÂ 1) through intraperitoneal injection for five days; a control group was set for comparison purposes. Positive control groups (clonazepam and fluoxetine) and a baseline group were included in the experimental design to help analyzing the behavioral tests (open field, elevated plus maze and forced swim tests). Although we did not observe any behavioral change in the animals subjected to the elevated plus maze and forced swim tests, our data evidence the anxiogenic behavior of animals exposed to the two herein tested ZnO NPs concentrations in the open field test. The animals stayed in the central part of the apparatus and presented lower locomotion ratio in the central quadrants/total of locomotion during this test. It indicates that the anxiogenic behavior was induced by ZnO NP exposure, because it leads to Zn accumulation in the brain. Thus, the current study is the first to demonstrate that the predicted environmentally relevant ZnO NPs concentration induces behavioral changes in mammalian experimental models. Our results corroborate previous studies that have indicated the biological risks related to the water surface contamination by metal-based nanomaterials.