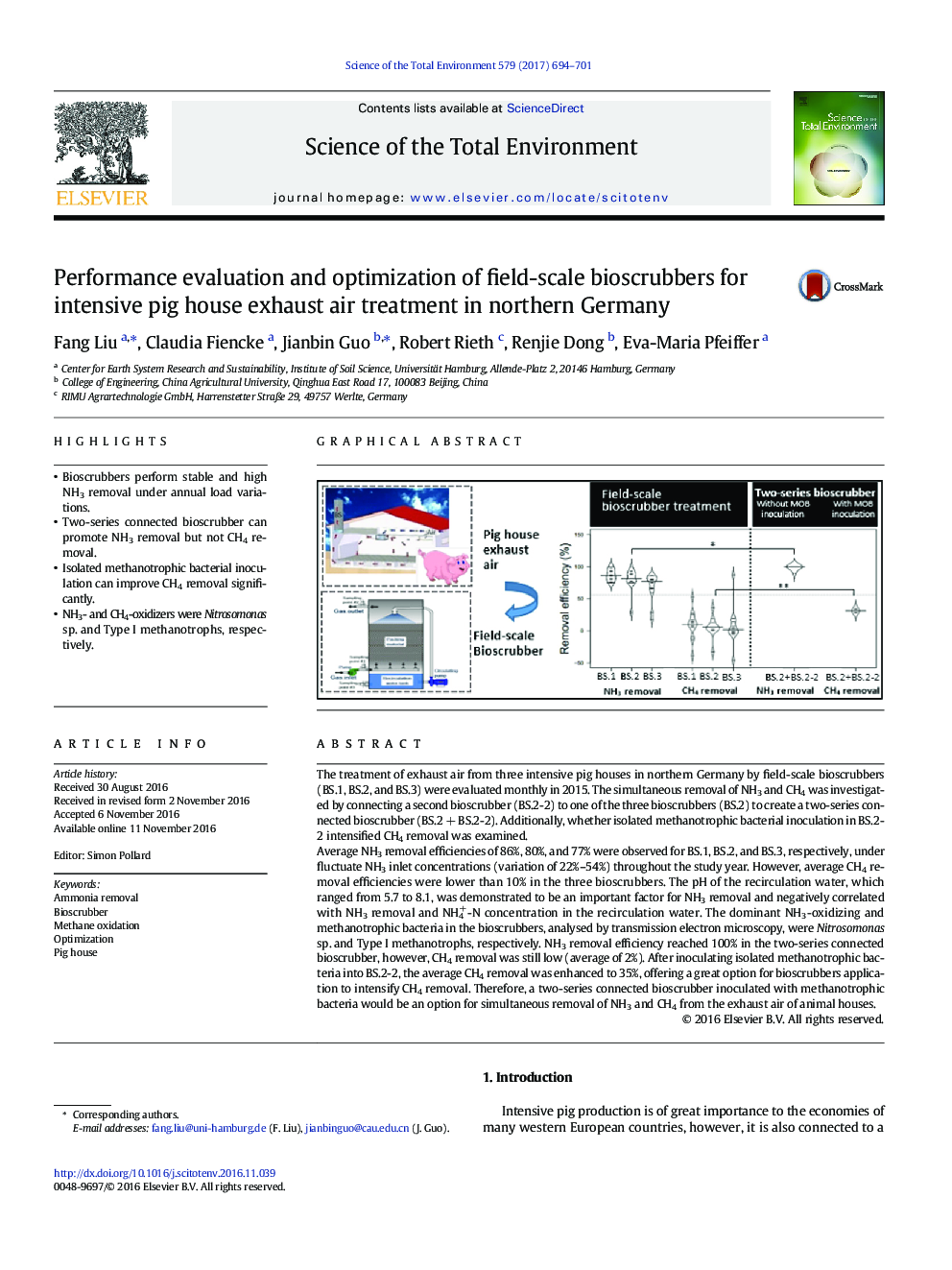 The treatment of exhaust air from three intensive pig houses in northern Germany by field-scale bioscrubbers (BS.1, BS.2, and BS.3) were evaluated monthly in 2015. The simultaneous removal of NH3 and CH4 was investigated by connecting a second bioscrubber (BS.2-2) to one of the three bioscrubbers (BS.2) to create a two-series connected bioscrubber (BS.2Â +Â BS.2-2). Additionally, whether isolated methanotrophic bacterial inoculation in BS.2-2 intensified CH4 removal was examined.Average NH3 removal efficiencies of 86%, 80%, and 77% were observed for BS.1, BS.2, and BS.3, respectively, under fluctuate NH3 inlet concentrations (variation of 22%-54%) throughout the study year. However, average CH4 removal efficiencies were lower than 10% in the three bioscrubbers. The pH of the recirculation water, which ranged from 5.7 to 8.1, was demonstrated to be an important factor for NH3 removal and negatively correlated with NH3 removal and NH4+-N concentration in the recirculation water. The dominant NH3-oxidizing and methanotrophic bacteria in the bioscrubbers, analysed by transmission electron microscopy, were Nitrosomonas sp. and Type I methanotrophs, respectively. NH3 removal efficiency reached 100% in the two-series connected bioscrubber, however, CH4 removal was still low (average of 2%). After inoculating isolated methanotrophic bacteria into BS.2-2, the average CH4 removal was enhanced to 35%, offering a great option for bioscrubbers application to intensify CH4 removal. Therefore, a two-series connected bioscrubber inoculated with methanotrophic bacteria would be an option for simultaneous removal of NH3 and CH4 from the exhaust air of animal houses.