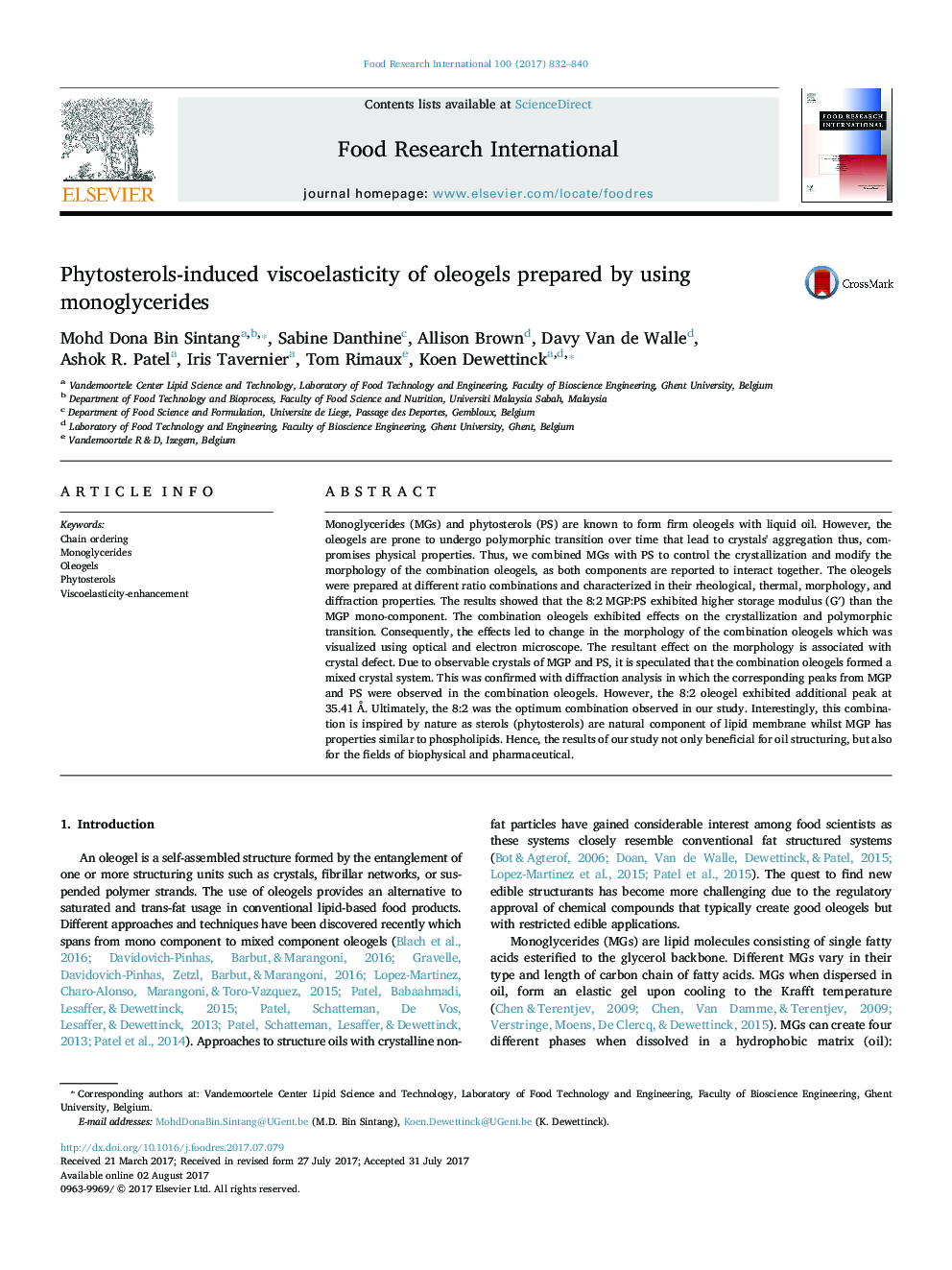 Monoglycerides (MGs) and phytosterols (PS) are known to form firm oleogels with liquid oil. However, the oleogels are prone to undergo polymorphic transition over time that lead to crystals' aggregation thus, compromises physical properties. Thus, we combined MGs with PS to control the crystallization and modify the morphology of the combination oleogels, as both components are reported to interact together. The oleogels were prepared at different ratio combinations and characterized in their rheological, thermal, morphology, and diffraction properties. The results showed that the 8:2 MGP:PS exhibited higher storage modulus (Gâ²) than the MGP mono-component. The combination oleogels exhibited effects on the crystallization and polymorphic transition. Consequently, the effects led to change in the morphology of the combination oleogels which was visualized using optical and electron microscope. The resultant effect on the morphology is associated with crystal defect. Due to observable crystals of MGP and PS, it is speculated that the combination oleogels formed a mixed crystal system. This was confirmed with diffraction analysis in which the corresponding peaks from MGP and PS were observed in the combination oleogels. However, the 8:2 oleogel exhibited additional peak at 35.41Â Ã. Ultimately, the 8:2 was the optimum combination observed in our study. Interestingly, this combination is inspired by nature as sterols (phytosterols) are natural component of lipid membrane whilst MGP has properties similar to phospholipids. Hence, the results of our study not only beneficial for oil structuring, but also for the fields of biophysical and pharmaceutical.