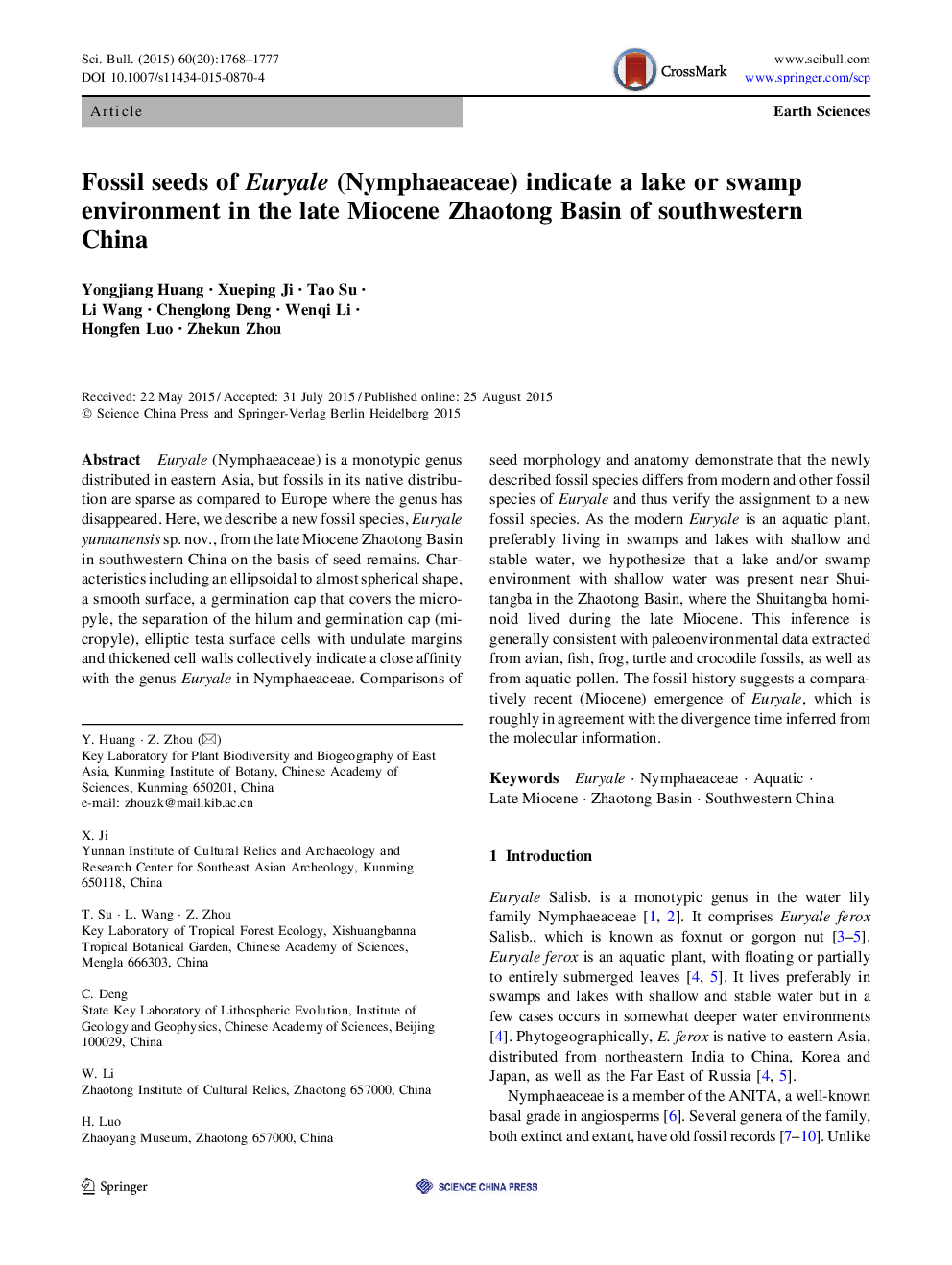 Euryale (Nymphaeaceae) is a monotypic genus distributed in eastern Asia, but fossils in its native distribution are sparse as compared to Europe where the genus has disappeared. Here, we describe a new fossil species, Euryale yunnanensis sp. nov., from the late Miocene Zhaotong Basin in southwestern China on the basis of seed remains. Characteristics including an ellipsoidal to almost spherical shape, a smooth surface, a germination cap that covers the micropyle, the separation of the hilum and germination cap (micropyle), elliptic testa surface cells with undulate margins and thickened cell walls collectively indicate a close affinity with the genus Euryale in Nymphaeaceae. Comparisons of seed morphology and anatomy demonstrate that the newly described fossil species differs from modern and other fossil species of Euryale and thus verify the assignment to a new fossil species. As the modern Euryale is an aquatic plant, preferably living in swamps and lakes with shallow and stable water, we hypothesize that a lake and/or swamp environment with shallow water was present near Shuitangba in the Zhaotong Basin, where the Shuitangba hominoid lived during the late Miocene. This inference is generally consistent with paleoenvironmental data extracted from avian, fish, frog, turtle and crocodile fossils, as well as from aquatic pollen. The fossil history suggests a comparatively recent (Miocene) emergence of Euryale, which is roughly in agreement with the divergence time inferred from the molecular information.