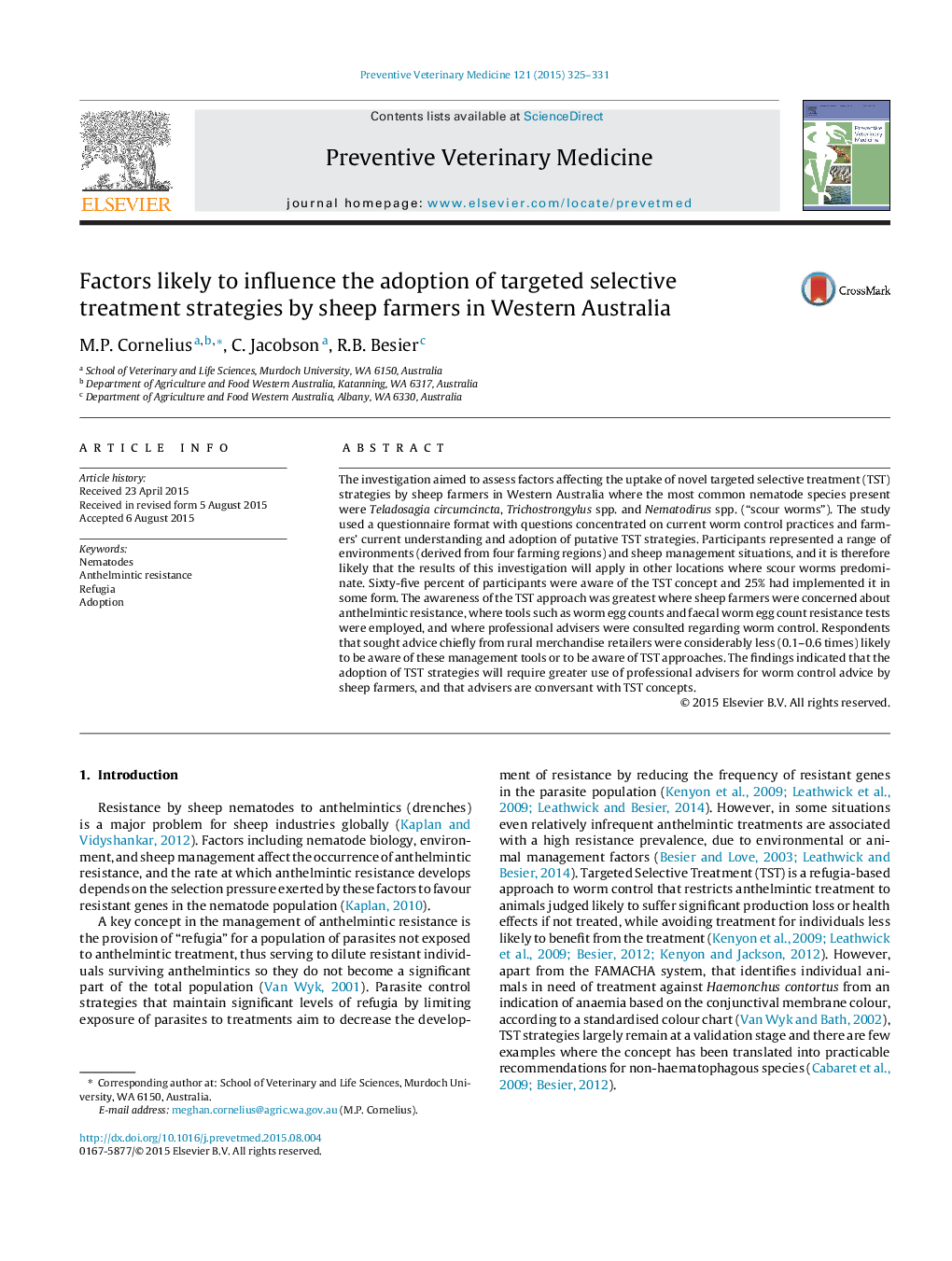 - The attitudes of sheep farmers in Western Australia towards the adoption of a targeted selective treatment strategy to minimise anthelmintic resistance in nematodes was investigated using a questionnaire approach.
- The study observed that adoption of this strategy was more likely by farmers concerned about anthelmintic resistance and that are already utilising worm egg count monitoring and faecal worm egg count reduction tests.
- The utilisation of professional advisors for parasite control advice increased the awareness and adoption of targeted selective treatment strategies.

The investigation aimed to assess factors affecting the uptake of novel targeted selective treatment (TST) strategies by sheep farmers in Western Australia where the most common nematode species present were Teladosagia circumcincta, Trichostrongylus spp. and Nematodirus spp. (“scour worms”). The study used a questionnaire format with questions concentrated on current worm control practices and farmers' current understanding and adoption of putative TST strategies. Participants represented a range of environments (derived from four farming regions) and sheep management situations, and it is therefore likely that the results of this investigation will apply in other locations where scour worms predominate. Sixty-five percent of participants were aware of the TST concept and 25% had implemented it in some form. The awareness of the TST approach was greatest where sheep farmers were concerned about anthelmintic resistance, where tools such as worm egg counts and faecal worm egg count resistance tests were employed, and where professional advisers were consulted regarding worm control. Respondents that sought advice chiefly from rural merchandise retailers were considerably less (0.1-0.6 times) likely to be aware of these management tools or to be aware of TST approaches. The findings indicated that the adoption of TST strategies will require greater use of professional advisers for worm control advice by sheep farmers, and that advisers are conversant with TST concepts.