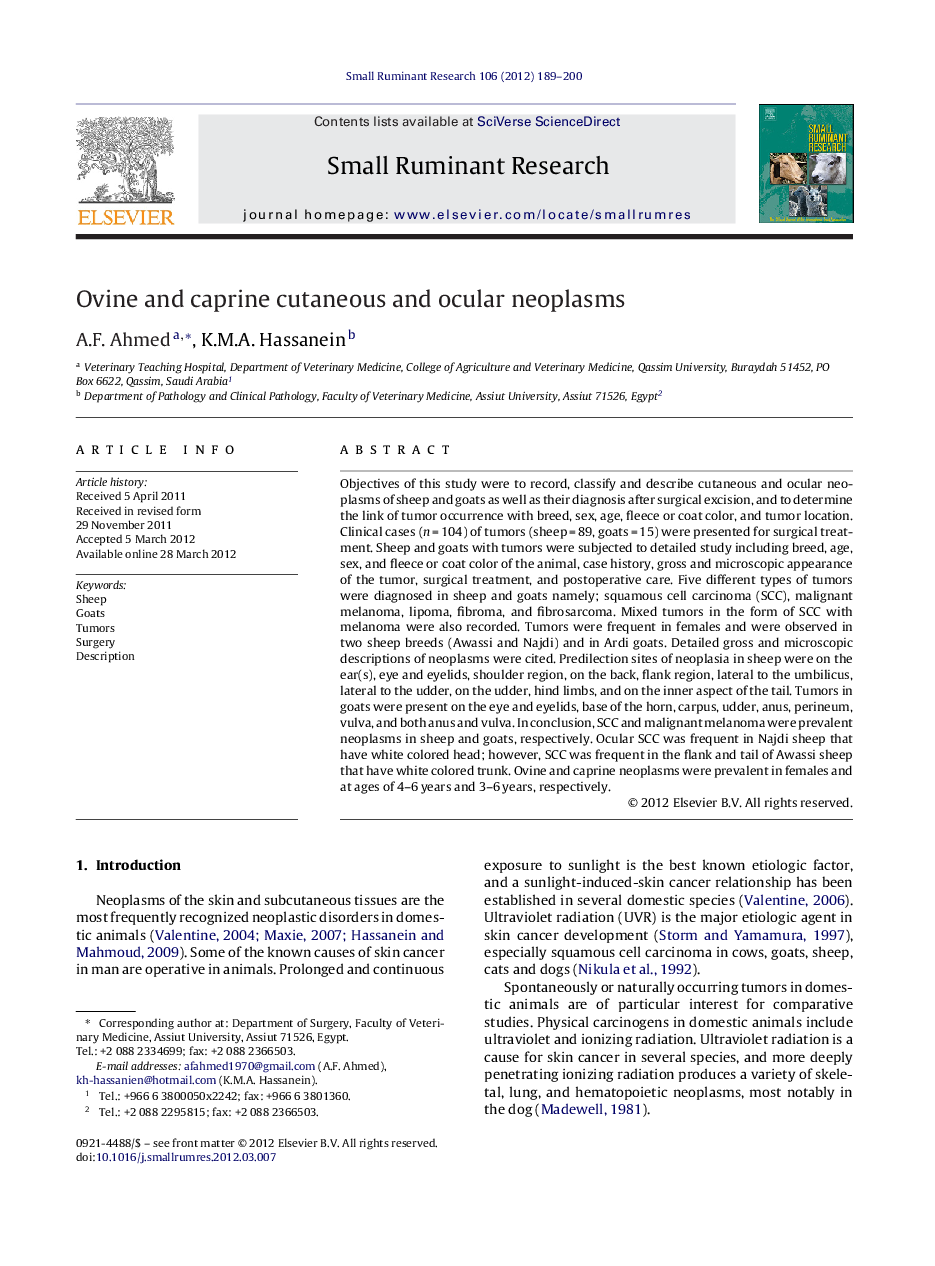 Objectives of this study were to record, classify and describe cutaneous and ocular neoplasms of sheep and goats as well as their diagnosis after surgical excision, and to determine the link of tumor occurrence with breed, sex, age, fleece or coat color, and tumor location. Clinical cases (nÂ =Â 104) of tumors (sheepÂ =Â 89, goatsÂ =Â 15) were presented for surgical treatment. Sheep and goats with tumors were subjected to detailed study including breed, age, sex, and fleece or coat color of the animal, case history, gross and microscopic appearance of the tumor, surgical treatment, and postoperative care. Five different types of tumors were diagnosed in sheep and goats namely; squamous cell carcinoma (SCC), malignant melanoma, lipoma, fibroma, and fibrosarcoma. Mixed tumors in the form of SCC with melanoma were also recorded. Tumors were frequent in females and were observed in two sheep breeds (Awassi and Najdi) and in Ardi goats. Detailed gross and microscopic descriptions of neoplasms were cited. Predilection sites of neoplasia in sheep were on the ear(s), eye and eyelids, shoulder region, on the back, flank region, lateral to the umbilicus, lateral to the udder, on the udder, hind limbs, and on the inner aspect of the tail. Tumors in goats were present on the eye and eyelids, base of the horn, carpus, udder, anus, perineum, vulva, and both anus and vulva. In conclusion, SCC and malignant melanoma were prevalent neoplasms in sheep and goats, respectively. Ocular SCC was frequent in Najdi sheep that have white colored head; however, SCC was frequent in the flank and tail of Awassi sheep that have white colored trunk. Ovine and caprine neoplasms were prevalent in females and at ages of 4-6Â years and 3-6Â years, respectively.