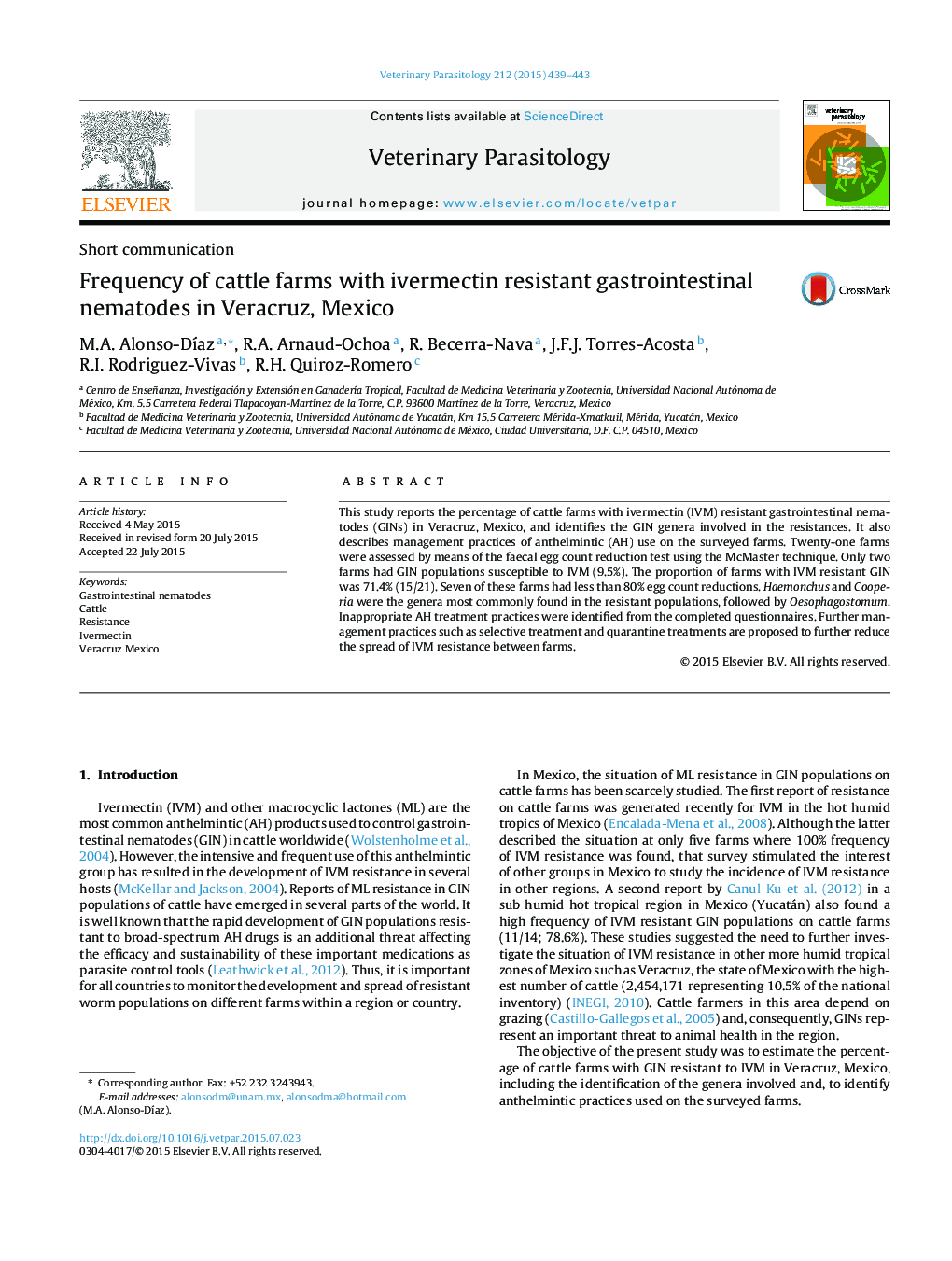 This study reports the percentage of cattle farms with ivermectin (IVM) resistant gastrointestinal nematodes (GINs) in Veracruz, Mexico, and identifies the GIN genera involved in the resistances. It also describes management practices of anthelmintic (AH) use on the surveyed farms. Twenty-one farms were assessed by means of the faecal egg count reduction test using the McMaster technique. Only two farms had GIN populations susceptible to IVM (9.5%). The proportion of farms with IVM resistant GIN was 71.4% (15/21). Seven of these farms had less than 80% egg count reductions. Haemonchus and Cooperia were the genera most commonly found in the resistant populations, followed by Oesophagostomum. Inappropriate AH treatment practices were identified from the completed questionnaires. Further management practices such as selective treatment and quarantine treatments are proposed to further reduce the spread of IVM resistance between farms.