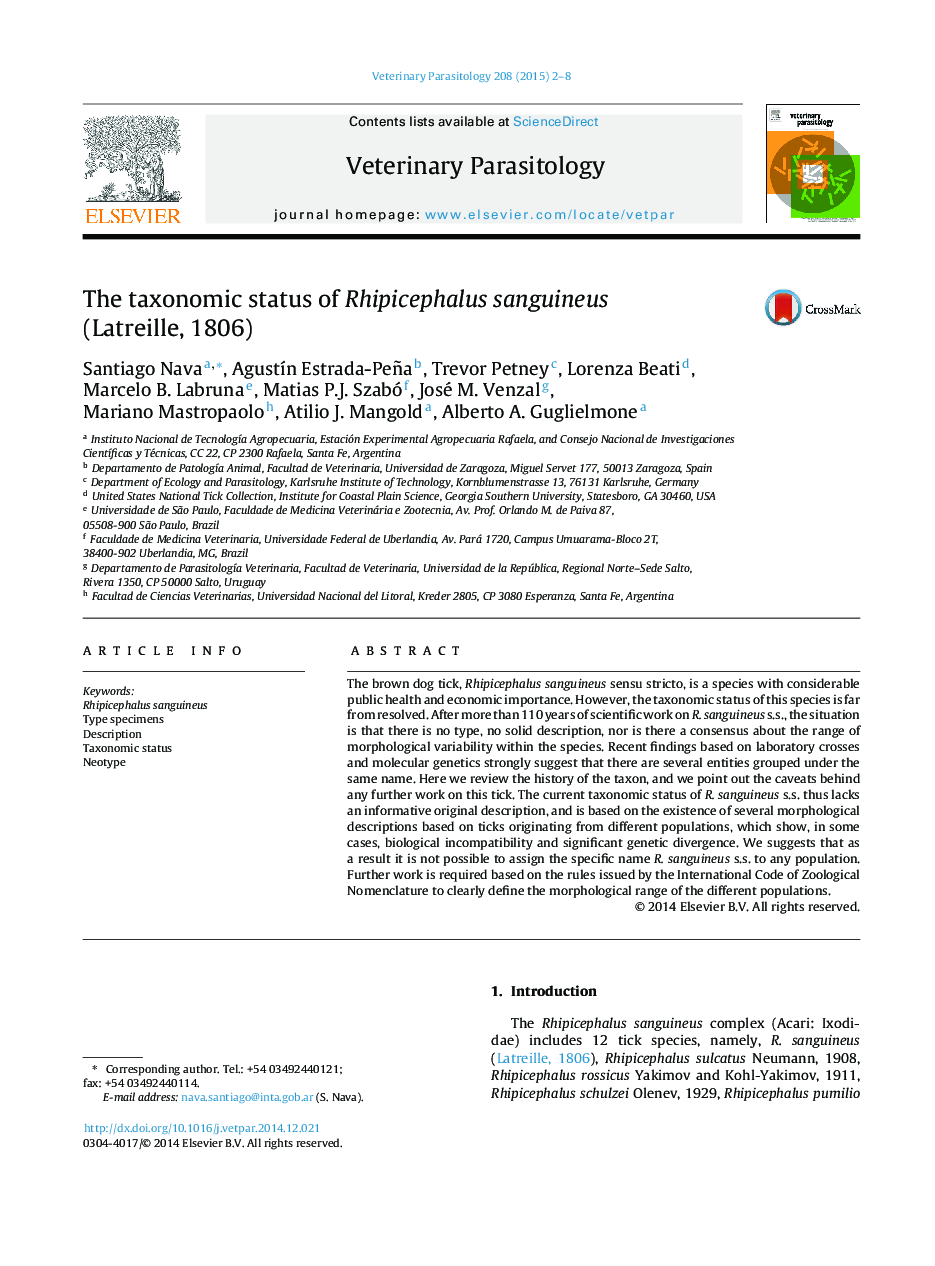 The brown dog tick, Rhipicephalus sanguineus sensu stricto, is a species with considerable public health and economic importance. However, the taxonomic status of this species is far from resolved. After more than 110 years of scientific work on R. sanguineus s.s., the situation is that there is no type, no solid description, nor is there a consensus about the range of morphological variability within the species. Recent findings based on laboratory crosses and molecular genetics strongly suggest that there are several entities grouped under the same name. Here we review the history of the taxon, and we point out the caveats behind any further work on this tick. The current taxonomic status of R. sanguineus s.s. thus lacks an informative original description, and is based on the existence of several morphological descriptions based on ticks originating from different populations, which show, in some cases, biological incompatibility and significant genetic divergence. We suggests that as a result it is not possible to assign the specific name R. sanguineus s.s. to any population. Further work is required based on the rules issued by the International Code of Zoological Nomenclature to clearly define the morphological range of the different populations.