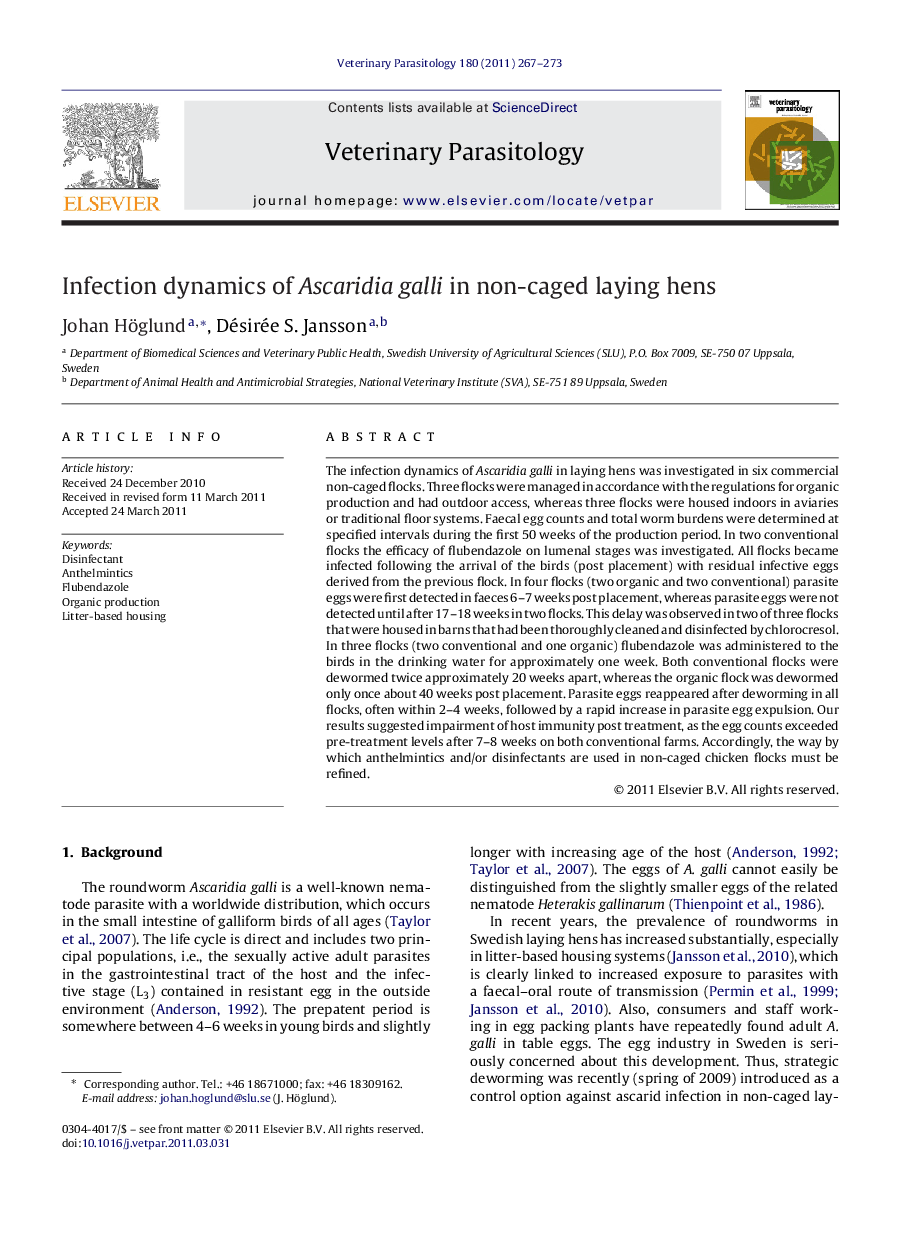 The infection dynamics of Ascaridia galli in laying hens was investigated in six commercial non-caged flocks. Three flocks were managed in accordance with the regulations for organic production and had outdoor access, whereas three flocks were housed indoors in aviaries or traditional floor systems. Faecal egg counts and total worm burdens were determined at specified intervals during the first 50 weeks of the production period. In two conventional flocks the efficacy of flubendazole on lumenal stages was investigated. All flocks became infected following the arrival of the birds (post placement) with residual infective eggs derived from the previous flock. In four flocks (two organic and two conventional) parasite eggs were first detected in faeces 6-7 weeks post placement, whereas parasite eggs were not detected until after 17-18 weeks in two flocks. This delay was observed in two of three flocks that were housed in barns that had been thoroughly cleaned and disinfected by chlorocresol. In three flocks (two conventional and one organic) flubendazole was administered to the birds in the drinking water for approximately one week. Both conventional flocks were dewormed twice approximately 20 weeks apart, whereas the organic flock was dewormed only once about 40 weeks post placement. Parasite eggs reappeared after deworming in all flocks, often within 2-4 weeks, followed by a rapid increase in parasite egg expulsion. Our results suggested impairment of host immunity post treatment, as the egg counts exceeded pre-treatment levels after 7-8 weeks on both conventional farms. Accordingly, the way by which anthelmintics and/or disinfectants are used in non-caged chicken flocks must be refined.