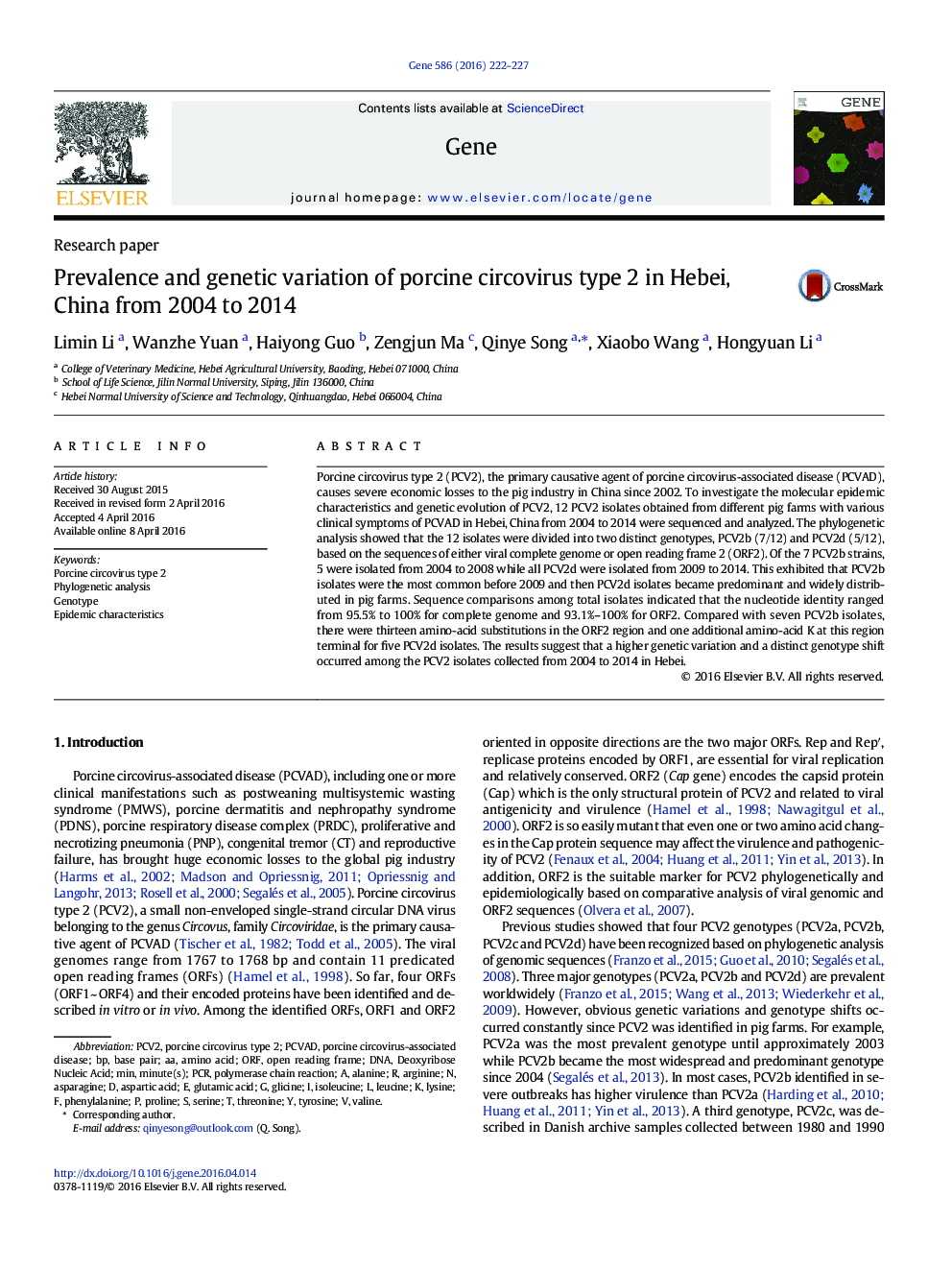 - PCV2 isolates in Hebei, China are divided into PCV2b and PCV2d genotypes.
- PCV2d ORF2 encodes a capsid protein with one amino acid (K) prolonged.
- PCV2b were the most common genotype before 2009.
- PCV2d has become predominant in the local pig farms since 2009.

Porcine circovirus type 2 (PCV2), the primary causative agent of porcine circovirus-associated disease (PCVAD), causes severe economic losses to the pig industry in China since 2002. To investigate the molecular epidemic characteristics and genetic evolution of PCV2, 12 PCV2 isolates obtained from different pig farms with various clinical symptoms of PCVAD in Hebei, China from 2004 to 2014 were sequenced and analyzed. The phylogenetic analysis showed that the 12 isolates were divided into two distinct genotypes, PCV2b (7/12) and PCV2d (5/12), based on the sequences of either viral complete genome or open reading frame 2 (ORF2). Of the 7 PCV2b strains, 5 were isolated from 2004 to 2008 while all PCV2d were isolated from 2009 to 2014. This exhibited that PCV2b isolates were the most common before 2009 and then PCV2d isolates became predominant and widely distributed in pig farms. Sequence comparisons among total isolates indicated that the nucleotide identity ranged from 95.5% to 100% for complete genome and 93.1%-100% for ORF2. Compared with seven PCV2b isolates, there were thirteen amino-acid substitutions in the ORF2 region and one additional amino-acid K at this region terminal for five PCV2d isolates. The results suggest that a higher genetic variation and a distinct genotype shift occurred among the PCV2 isolates collected from 2004 to 2014 in Hebei.