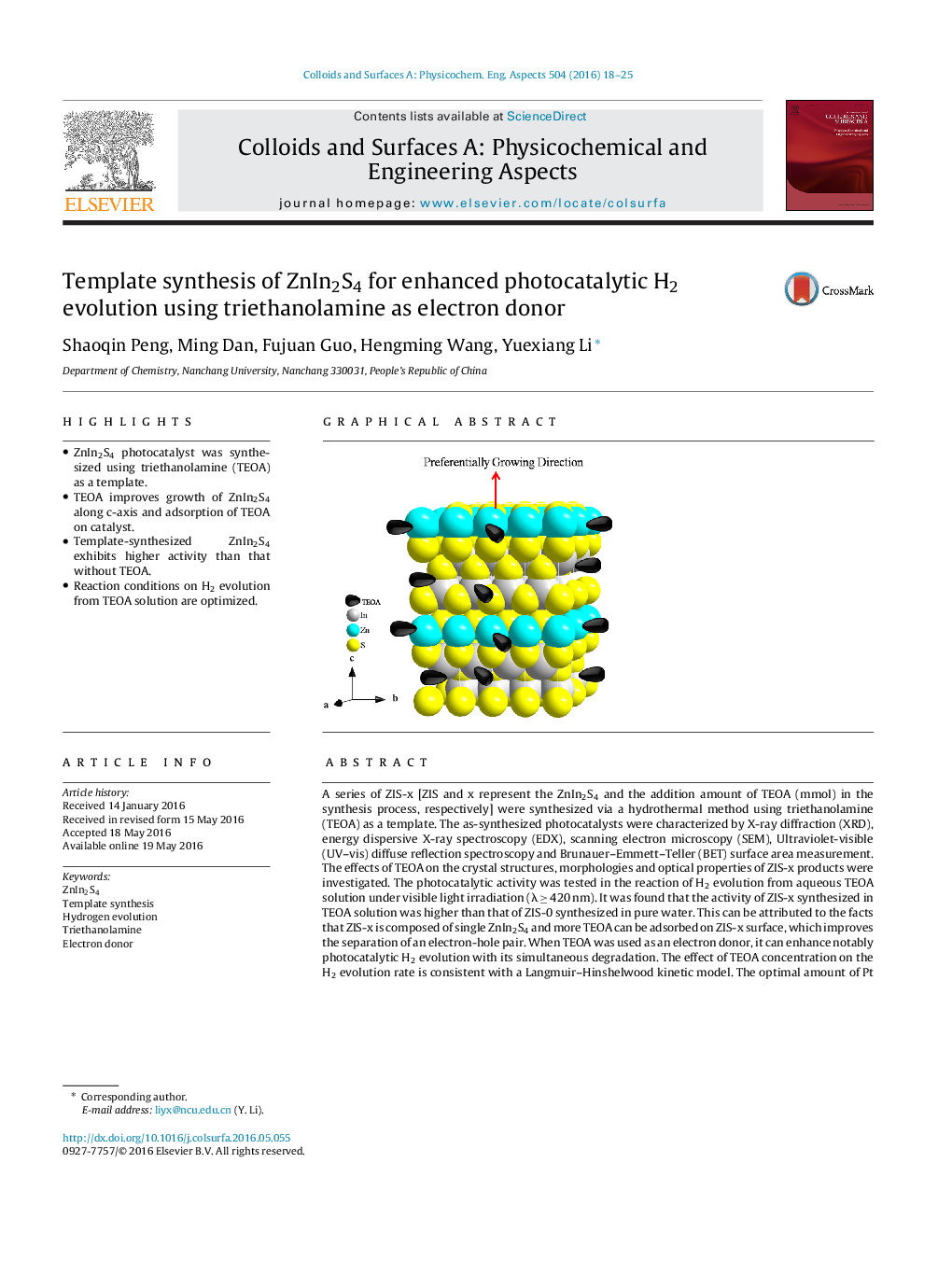 A series of ZIS-x [ZIS and x represent the ZnIn2S4 and the addition amount of TEOA (mmol) in the synthesis process, respectively] were synthesized via a hydrothermal method using triethanolamine (TEOA) as a template. The as-synthesized photocatalysts were characterized by X-ray diffraction (XRD), energy dispersive X-ray spectroscopy (EDX), scanning electron microscopy (SEM), Ultraviolet-visible (UV–vis) diffuse reflection spectroscopy and Brunauer–Emmett–Teller (BET) surface area measurement. The effects of TEOA on the crystal structures, morphologies and optical properties of ZIS-x products were investigated. The photocatalytic activity was tested in the reaction of H2 evolution from aqueous TEOA solution under visible light irradiation (λ ≥ 420 nm). It was found that the activity of ZIS-x synthesized in TEOA solution was higher than that of ZIS-0 synthesized in pure water. This can be attributed to the facts that ZIS-x is composed of single ZnIn2S4 and more TEOA can be adsorbed on ZIS-x surface, which improves the separation of an electron-hole pair. When TEOA was used as an electron donor, it can enhance notably photocatalytic H2 evolution with its simultaneous degradation. The effect of TEOA concentration on the H2 evolution rate is consistent with a Langmuir–Hinshelwood kinetic model. The optimal amount of Pt loaded on the photocatalyst is 0.50 wt%, and the optimal pH for photocatalytic H2 evolution is 13. On the optimal condition, the rate of hydrogen evolution over ZIS-2.0 is 2 times as high as that of ZIS-0 during 20 h irradiation.