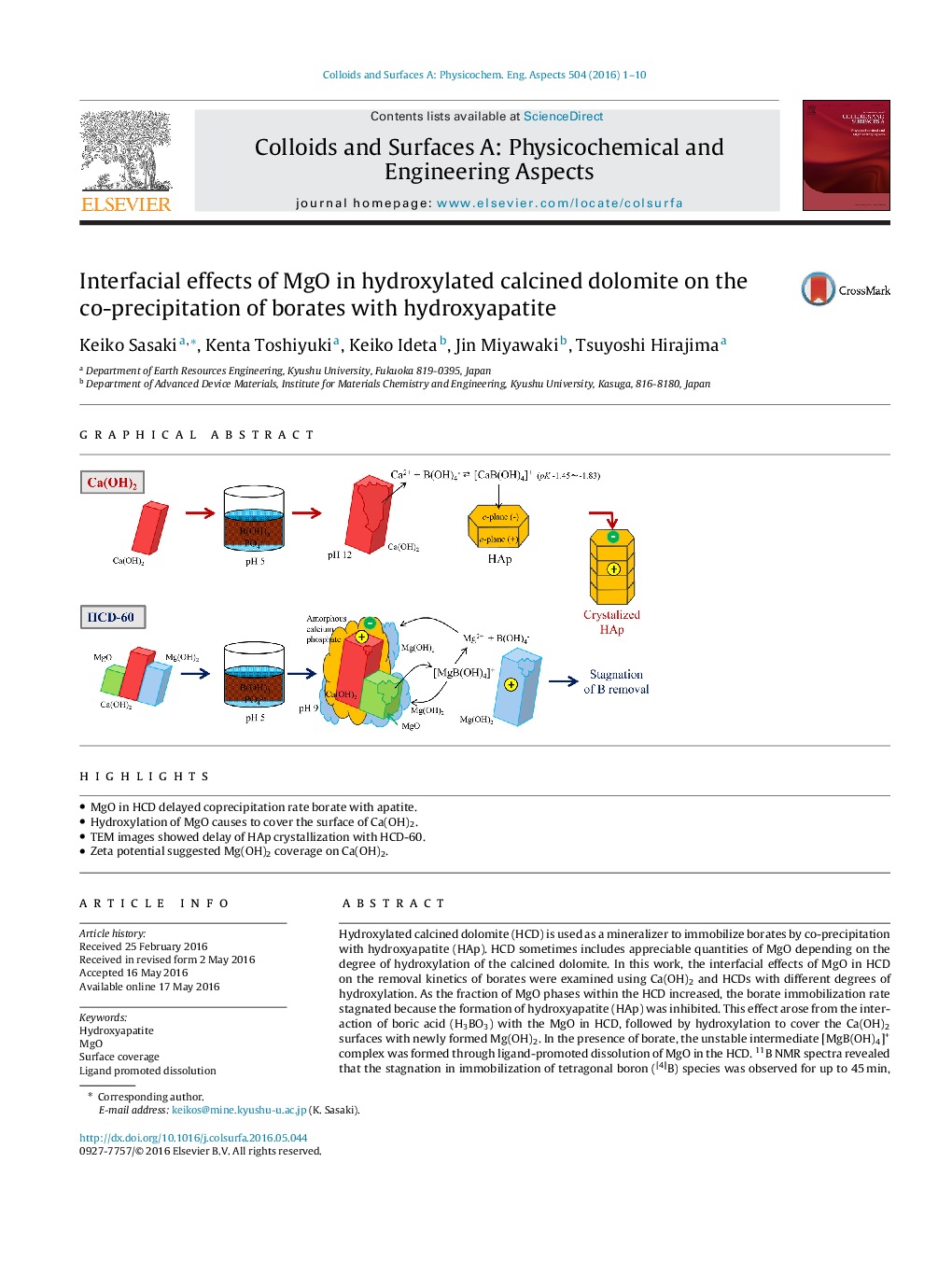 Hydroxylated calcined dolomite (HCD) is used as a mineralizer to immobilize borates by co-precipitation with hydroxyapatite (HAp). HCD sometimes includes appreciable quantities of MgO depending on the degree of hydroxylation of the calcined dolomite. In this work, the interfacial effects of MgO in HCD on the removal kinetics of borates were examined using Ca(OH)2 and HCDs with different degrees of hydroxylation. As the fraction of MgO phases within the HCD increased, the borate immobilization rate stagnated because the formation of hydroxyapatite (HAp) was inhibited. This effect arose from the interaction of boric acid (H3BO3) with the MgO in HCD, followed by hydroxylation to cover the Ca(OH)2 surfaces with newly formed Mg(OH)2. In the presence of borate, the unstable intermediate [MgB(OH)4]+ complex was formed through ligand-promoted dissolution of MgO in the HCD. 11B NMR spectra revealed that the stagnation in immobilization of tetragonal boron ([4]B) species was observed for up to 45 min, accompanied by the suppression of HAp formation. TEM images of the HCD suggested that Ca(OH)2 was partially associated with MgO and Mg(OH)2 phases within the HCD and hydroxylation of MgO led to a thin covering of the surface of Ca(OH)2 with the newly formed gel phases comprising Mg(OH)2/H3BO3 that hinders the dissolution of Ca(OH)2. However, when MgO was completely hydroxylated in the HCD this delay was not observed. This was supported by zeta potential measurements on the solid residues during co-precipitation. The results suggest that the degree of hydroxylation of the calcined dolomite in HCD markedly influences the co-precipitation kinetics of borates in industrial water treatment.