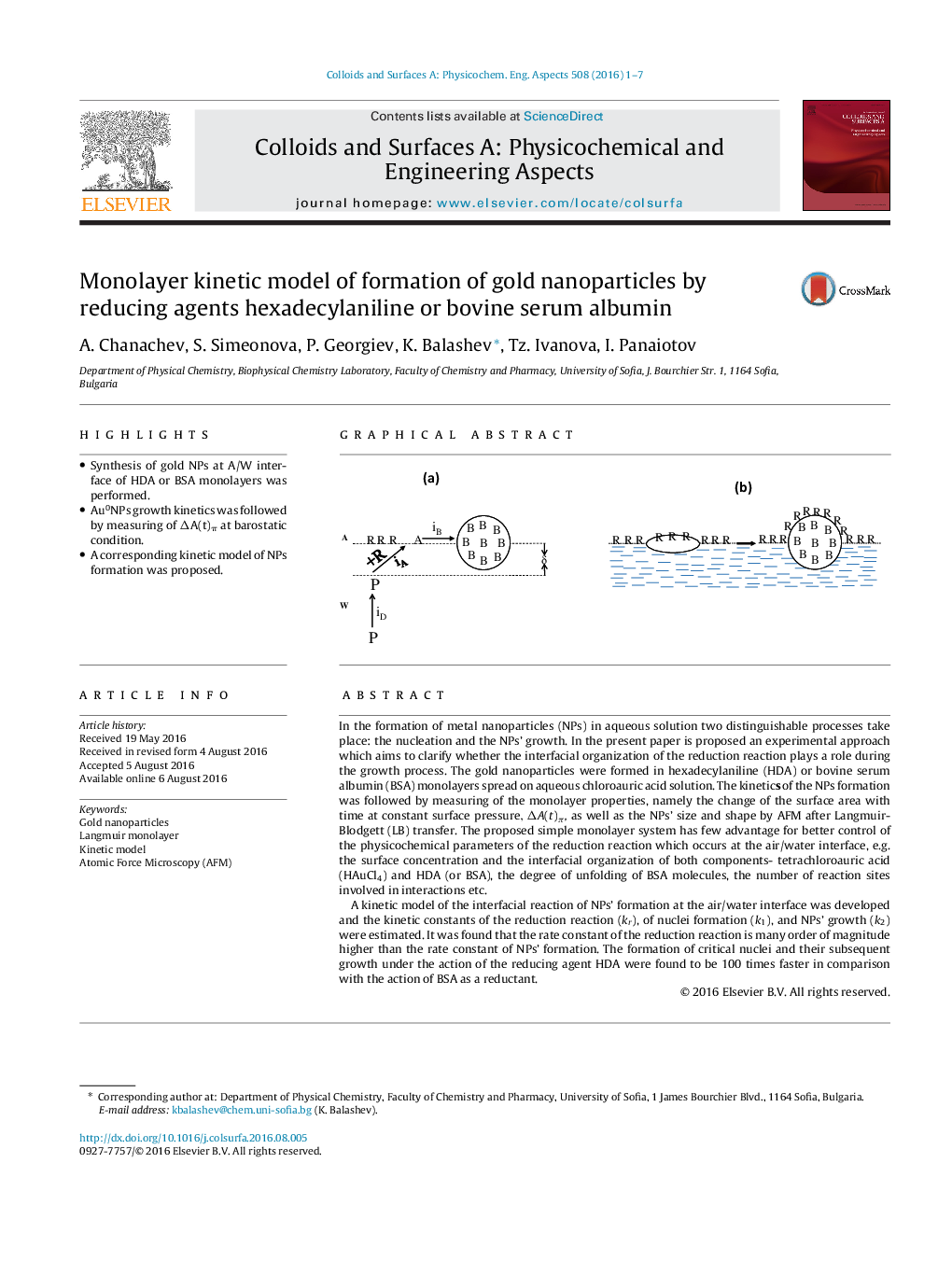 • Synthesis of gold NPs at A/W interface of HDA or BSA monolayers was performed.
• Au0NPs growth kinetics was followed by measuring of ΔA(t)π at barostatic condition.
• A corresponding kinetic model of NPs formation was proposed.

In the formation of metal nanoparticles (NPs) in aqueous solution two distinguishable processes take place: the nucleation and the NPs’ growth. In the present paper is proposed an experimental approach which aims to clarify whether the interfacial organization of the reduction reaction plays a role during the growth process. The gold nanoparticles were formed in hexadecylaniline (HDA) or bovine serum albumin (BSA) monolayers spread on aqueous chloroauric acid solution. The kinetics of the NPs formation was followed by measuring of the monolayer properties, namely the change of the surface area with time at constant surface pressure,ΔA(t)π, as well as the NPs’ size and shape by AFM after Langmuir-Blodgett (LB) transfer. The proposed simple monolayer system has few advantage for better control of the physicochemical parameters of the reduction reaction which occurs at the air/water interface, e.g. the surface concentration and the interfacial organization of both components- tetrachloroauric acid (HAuCl4) and HDA (or BSA), the degree of unfolding of BSA molecules, the number of reaction sites involved in interactions etc.A kinetic model of the interfacial reaction of NPs’ formation at the air/water interface was developed and the kinetic constants of the reduction reaction (krkr), of nuclei formation (k1k1), and NPs’ growth (k2k2) were estimated. It was found that the rate constant of the reduction reaction is many order of magnitude higher than the rate constant of NPs’ formation. The formation of critical nuclei and their subsequent growth under the action of the reducing agent HDA were found to be 100 times faster in comparison with the action of BSA as a reductant.