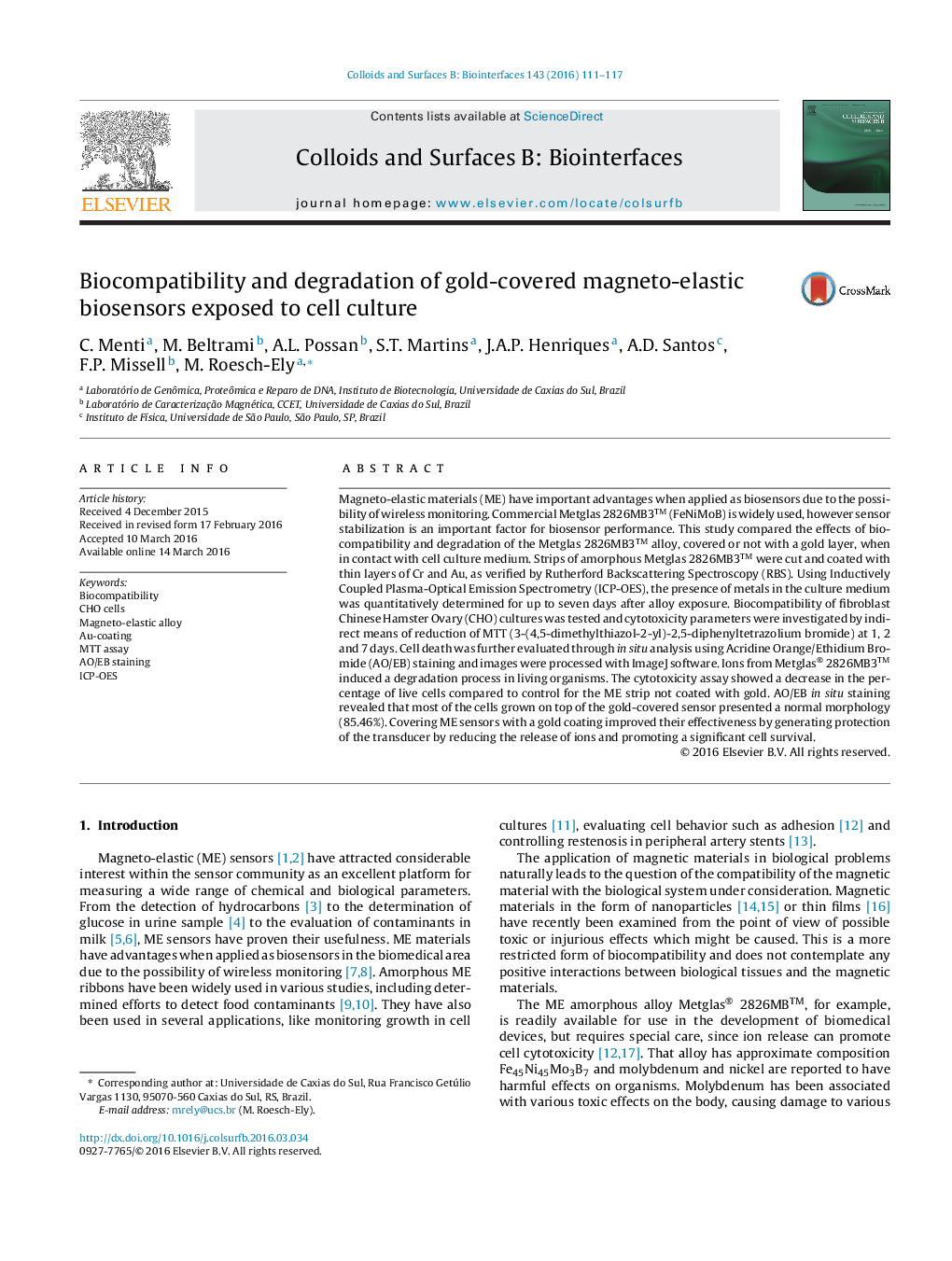 Magneto-elastic materials (ME) have important advantages when applied as biosensors due to the possibility of wireless monitoring. Commercial Metglas 2826MB3™ (FeNiMoB) is widely used, however sensor stabilization is an important factor for biosensor performance. This study compared the effects of biocompatibility and degradation of the Metglas 2826MB3™ alloy, covered or not with a gold layer, when in contact with cell culture medium. Strips of amorphous Metglas 2826MB3™ were cut and coated with thin layers of Cr and Au, as verified by Rutherford Backscattering Spectroscopy (RBS). Using Inductively Coupled Plasma-Optical Emission Spectrometry (ICP-OES), the presence of metals in the culture medium was quantitatively determined for up to seven days after alloy exposure. Biocompatibility of fibroblast Chinese Hamster Ovary (CHO) cultures was tested and cytotoxicity parameters were investigated by indirect means of reduction of MTT (3-(4,5-dimethylthiazol-2-yl)-2,5-diphenyltetrazolium bromide) at 1, 2 and 7 days. Cell death was further evaluated through in situ analysis using Acridine Orange/Ethidium Bromide (AO/EB) staining and images were processed with ImageJ software. Ions from Metglas® 2826MB3™ induced a degradation process in living organisms. The cytotoxicity assay showed a decrease in the percentage of live cells compared to control for the ME strip not coated with gold. AO/EB in situ staining revealed that most of the cells grown on top of the gold-covered sensor presented a normal morphology (85.46%). Covering ME sensors with a gold coating improved their effectiveness by generating protection of the transducer by reducing the release of ions and promoting a significant cell survival.