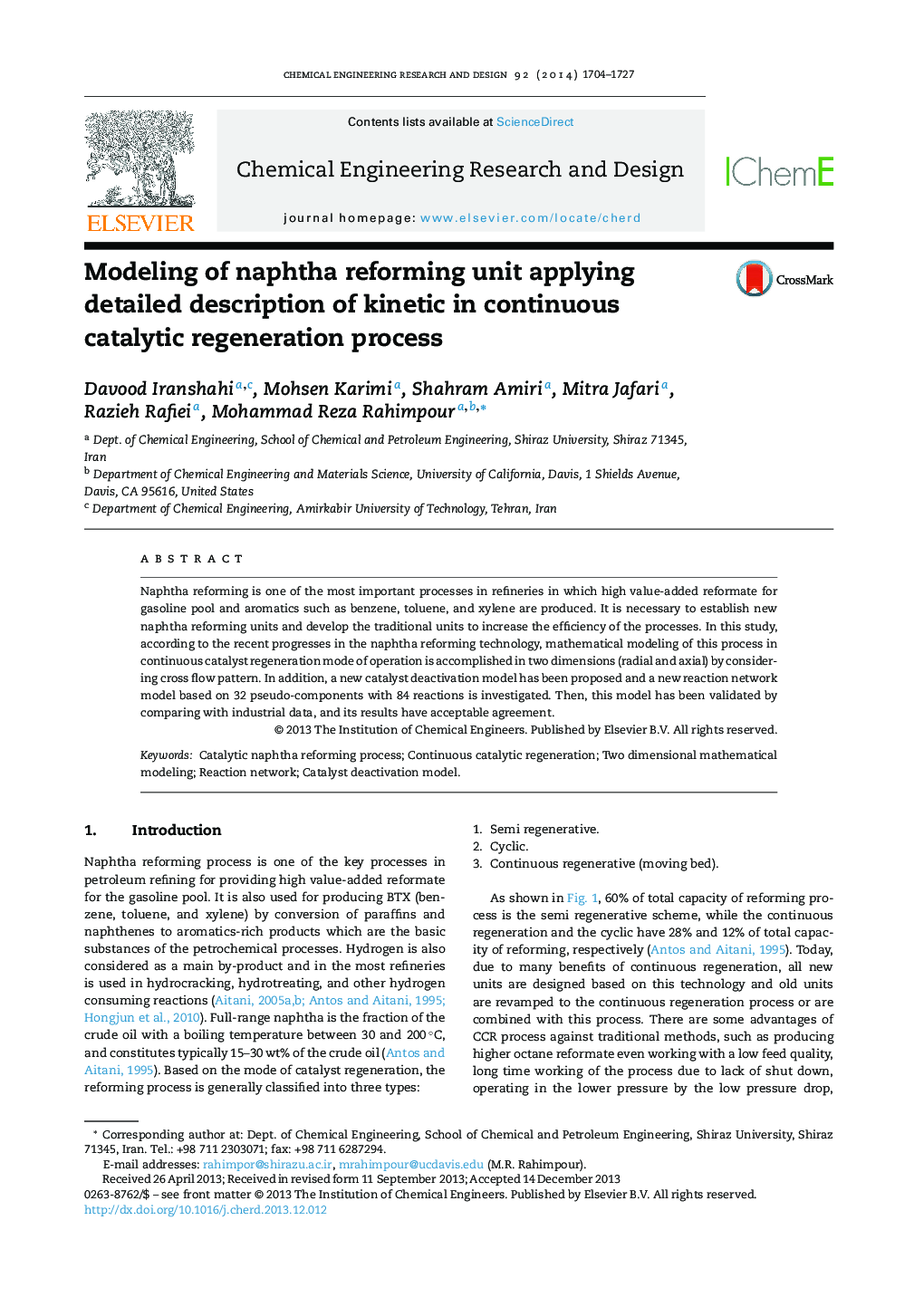 • This paper aims to develop mathematical modeling for naphtha reforming process with continuous catalyst regeneration of catalyst (CCR).
• A two dimensional mathematical model has been considered to investigate parameters variations.
• A new reaction network based on 32 pseudo-components with 84 reactions is utilized for the process simulation.
• The deactivation rate of both metallic and acidic functions is considered in the proposed model.

Naphtha reforming is one of the most important processes in refineries in which high value-added reformate for gasoline pool and aromatics such as benzene, toluene, and xylene are produced. It is necessary to establish new naphtha reforming units and develop the traditional units to increase the efficiency of the processes. In this study, according to the recent progresses in the naphtha reforming technology, mathematical modeling of this process in continuous catalyst regeneration mode of operation is accomplished in two dimensions (radial and axial) by considering cross flow pattern. In addition, a new catalyst deactivation model has been proposed and a new reaction network model based on 32 pseudo-components with 84 reactions is investigated. Then, this model has been validated by comparing with industrial data, and its results have acceptable agreement.