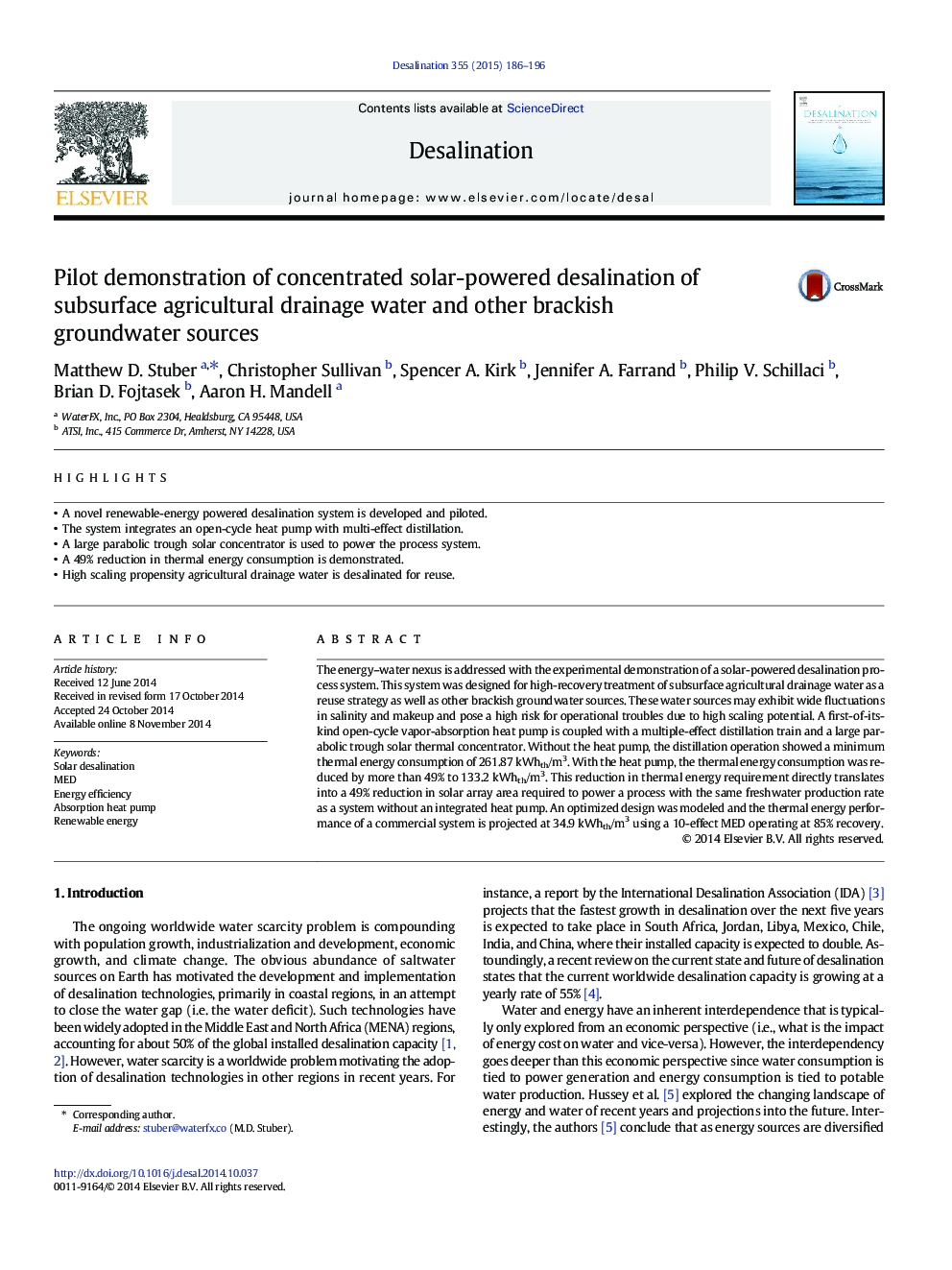 The energy–water nexus is addressed with the experimental demonstration of a solar-powered desalination process system. This system was designed for high-recovery treatment of subsurface agricultural drainage water as a reuse strategy as well as other brackish groundwater sources. These water sources may exhibit wide fluctuations in salinity and makeup and pose a high risk for operational troubles due to high scaling potential. A first-of-its-kind open-cycle vapor-absorption heat pump is coupled with a multiple-effect distillation train and a large parabolic trough solar thermal concentrator. Without the heat pump, the distillation operation showed a minimum thermal energy consumption of 261.87 kWhth/m3. With the heat pump, the thermal energy consumption was reduced by more than 49% to 133.2 kWhth/m3. This reduction in thermal energy requirement directly translates into a 49% reduction in solar array area required to power a process with the same freshwater production rate as a system without an integrated heat pump. An optimized design was modeled and the thermal energy performance of a commercial system is projected at 34.9 kWhth/m3 using a 10-effect MED operating at 85% recovery.