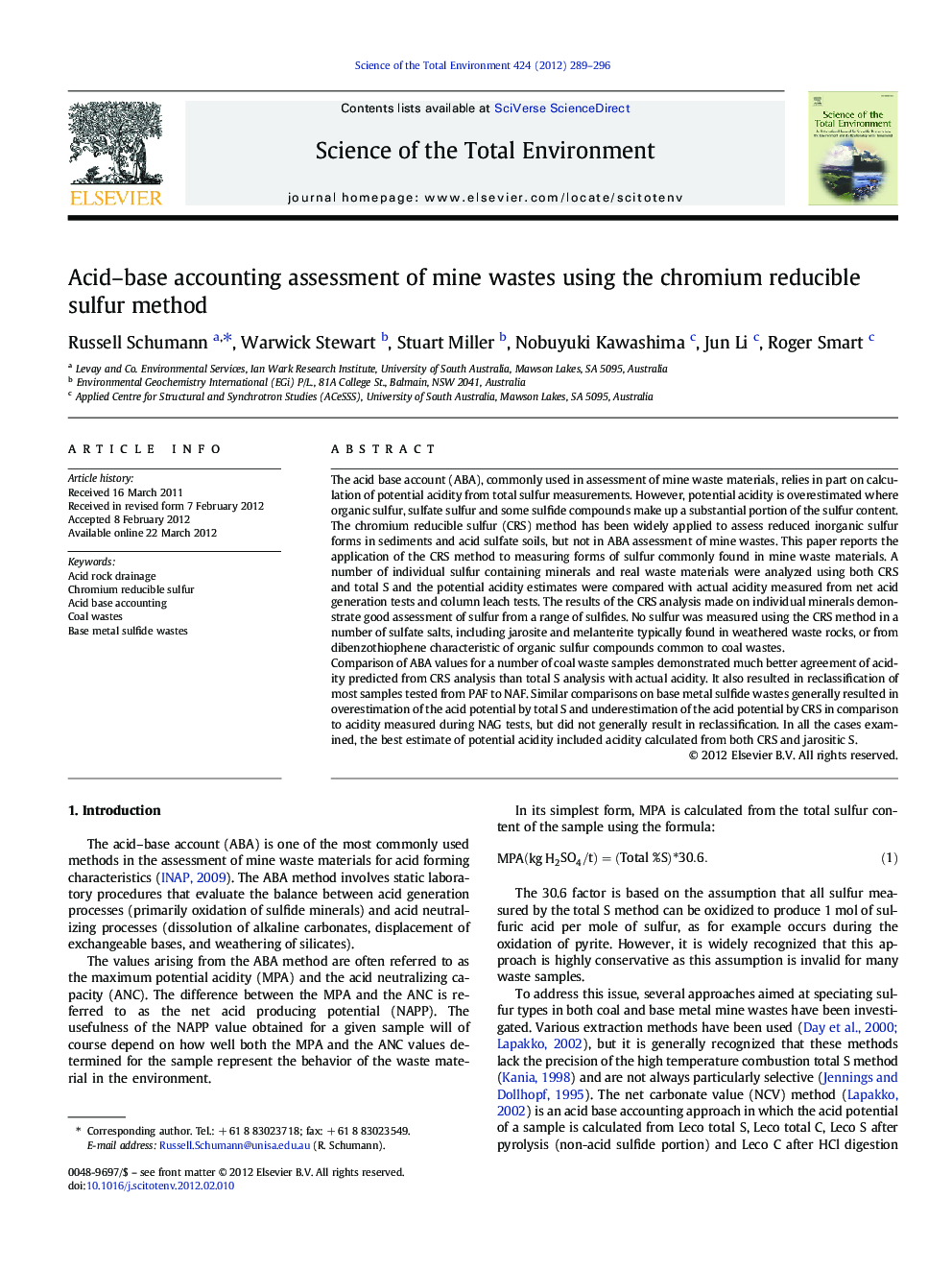 The acid base account (ABA), commonly used in assessment of mine waste materials, relies in part on calculation of potential acidity from total sulfur measurements. However, potential acidity is overestimated where organic sulfur, sulfate sulfur and some sulfide compounds make up a substantial portion of the sulfur content.The chromium reducible sulfur (CRS) method has been widely applied to assess reduced inorganic sulfur forms in sediments and acid sulfate soils, but not in ABA assessment of mine wastes. This paper reports the application of the CRS method to measuring forms of sulfur commonly found in mine waste materials. A number of individual sulfur containing minerals and real waste materials were analyzed using both CRS and total S and the potential acidity estimates were compared with actual acidity measured from net acid generation tests and column leach tests. The results of the CRS analysis made on individual minerals demonstrate good assessment of sulfur from a range of sulfides. No sulfur was measured using the CRS method in a number of sulfate salts, including jarosite and melanterite typically found in weathered waste rocks, or from dibenzothiophene characteristic of organic sulfur compounds common to coal wastes.Comparison of ABA values for a number of coal waste samples demonstrated much better agreement of acidity predicted from CRS analysis than total S analysis with actual acidity. It also resulted in reclassification of most samples tested from PAF to NAF. Similar comparisons on base metal sulfide wastes generally resulted in overestimation of the acid potential by total S and underestimation of the acid potential by CRS in comparison to acidity measured during NAG tests, but did not generally result in reclassification. In all the cases examined, the best estimate of potential acidity included acidity calculated from both CRS and jarositic S.