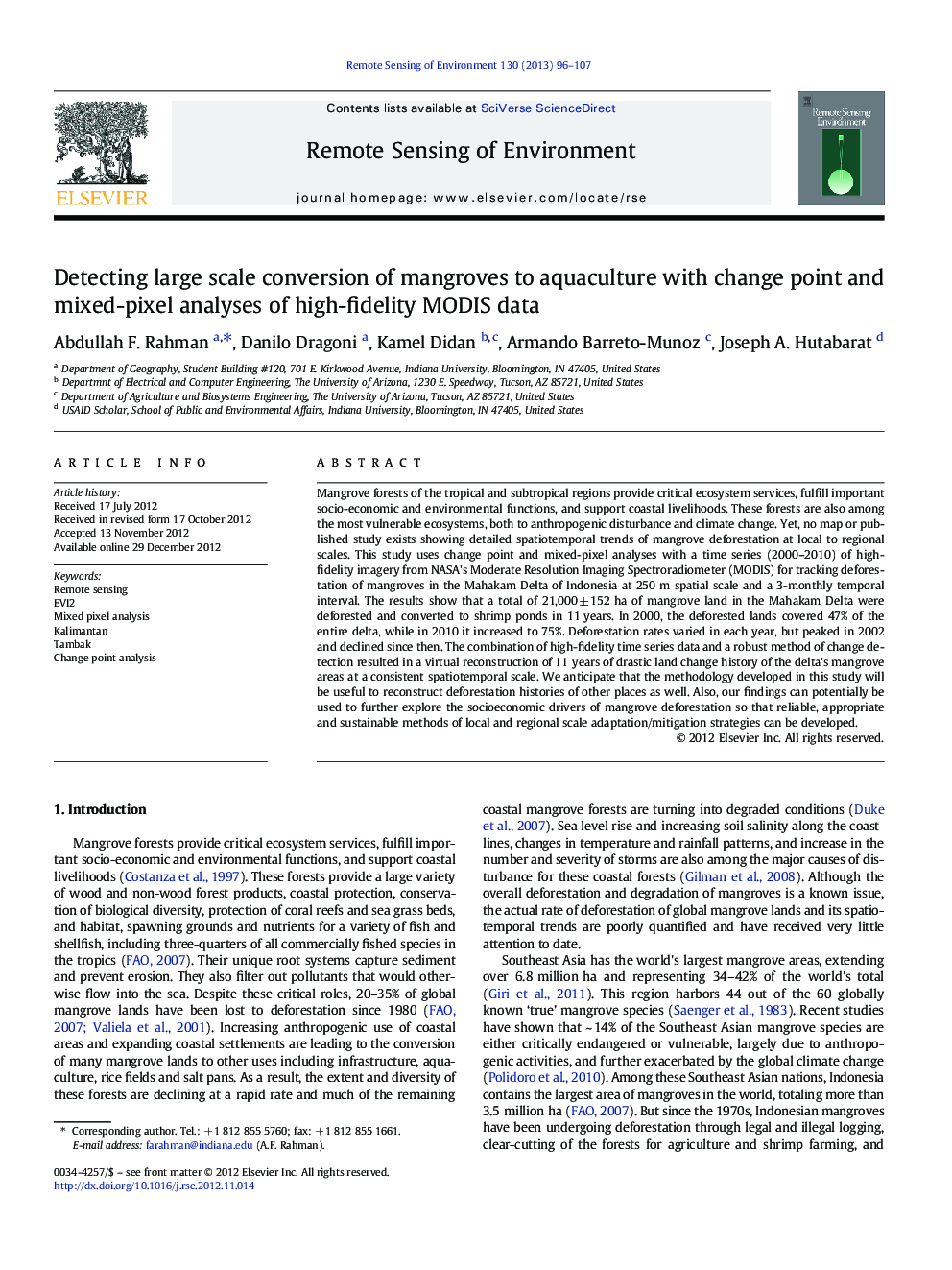 Mangrove forests of the tropical and subtropical regions provide critical ecosystem services, fulfill important socio-economic and environmental functions, and support coastal livelihoods. These forests are also among the most vulnerable ecosystems, both to anthropogenic disturbance and climate change. Yet, no map or published study exists showing detailed spatiotemporal trends of mangrove deforestation at local to regional scales. This study uses change point and mixed-pixel analyses with a time series (2000-2010) of high-fidelity imagery from NASA's Moderate Resolution Imaging Spectroradiometer (MODIS) for tracking deforestation of mangroves in the Mahakam Delta of Indonesia at 250Â m spatial scale and a 3-monthly temporal interval. The results show that a total of 21,000Â Â±Â 152Â ha of mangrove land in the Mahakam Delta were deforested and converted to shrimp ponds in 11Â years. In 2000, the deforested lands covered 47% of the entire delta, while in 2010 it increased to 75%. Deforestation rates varied in each year, but peaked in 2002 and declined since then. The combination of high-fidelity time series data and a robust method of change detection resulted in a virtual reconstruction of 11Â years of drastic land change history of the delta's mangrove areas at a consistent spatiotemporal scale. We anticipate that the methodology developed in this study will be useful to reconstruct deforestation histories of other places as well. Also, our findings can potentially be used to further explore the socioeconomic drivers of mangrove deforestation so that reliable, appropriate and sustainable methods of local and regional scale adaptation/mitigation strategies can be developed.